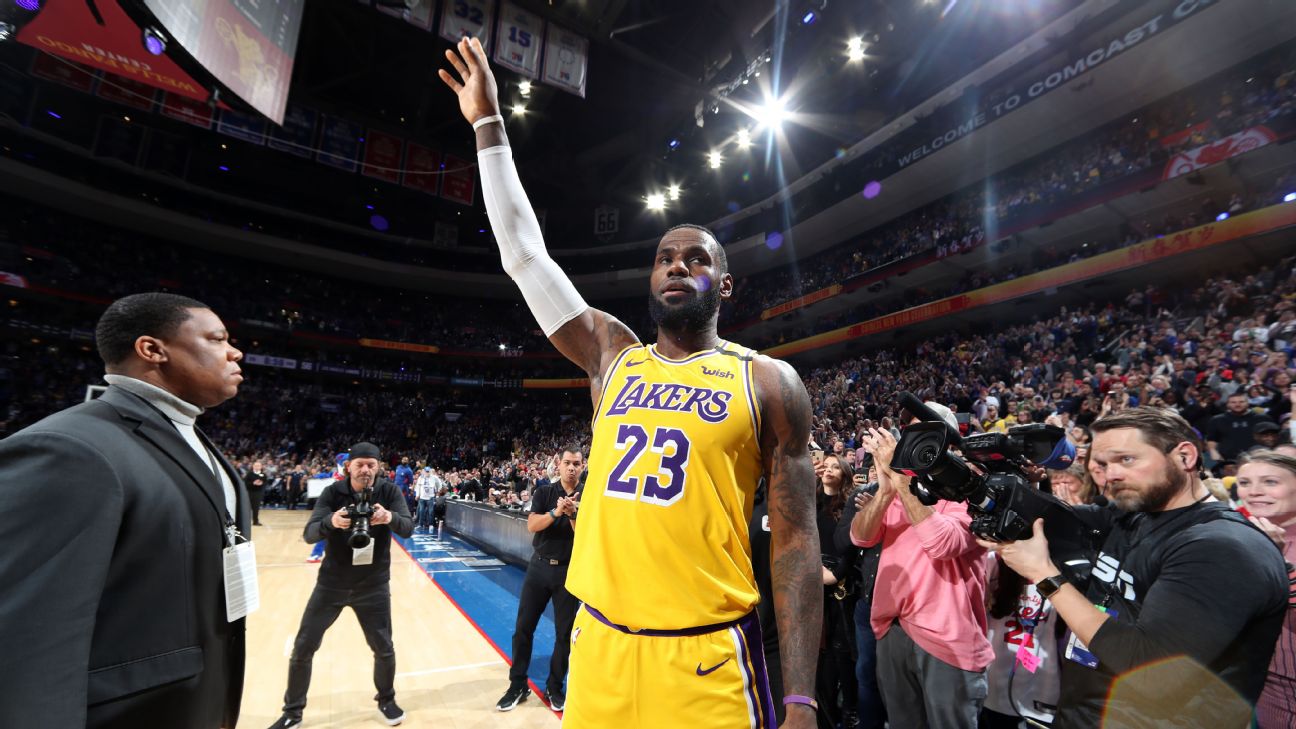 Some fans tuned in Saturday night to watch the Philadelphia 76ers host the Los Angeles Lakers on NBA Saturday Primetime.

But many more were watching to see Lakers small forward LeBron James score his 18th point of the night and the 33,644th of his career, giving him one more point on the league's all-time scoring list than former Lakers shooting guard Kobe Bryant.

James obliged with7:22 left in the third quarter, scoring on a layup assisted from Lakers power forward Anthony Davis to cut Philadelphia's lead to 74-54 and take his place behind only Hall of FamersKareem Abdul-Jabbar and Karl Malone for most points scored in NBA history.

At that moment, the celebrations for James commenced. And they were led by Hall of Famer Magic Johnson -- and Bryant himself:

James ended up with 29 points in what was ultimately a108-91 loss in Philadelphia, as 76ers point guard Ben Simmons led his team with 10 rebounds and eight assists to go with an extremely efficient 28 points on 12-for-15 shooting. Simmons, a James protégé, showed his appreciation for James after the game. 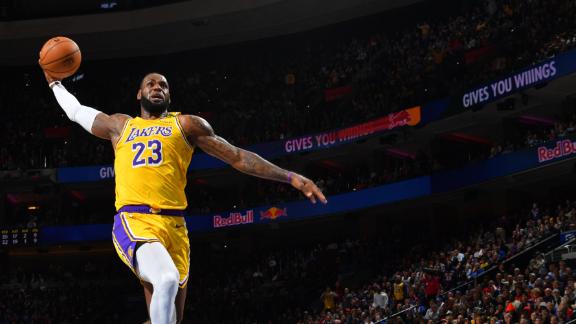 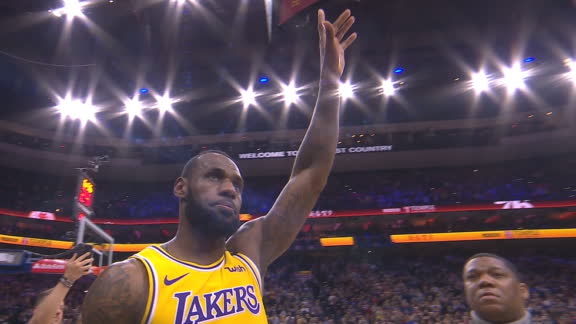 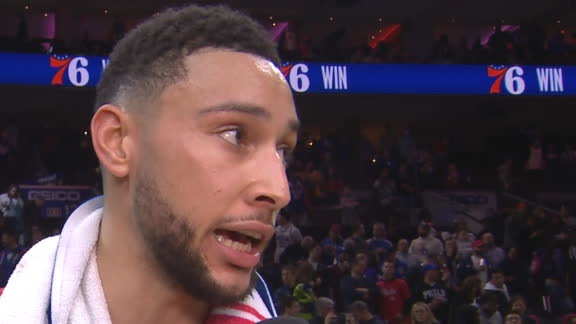