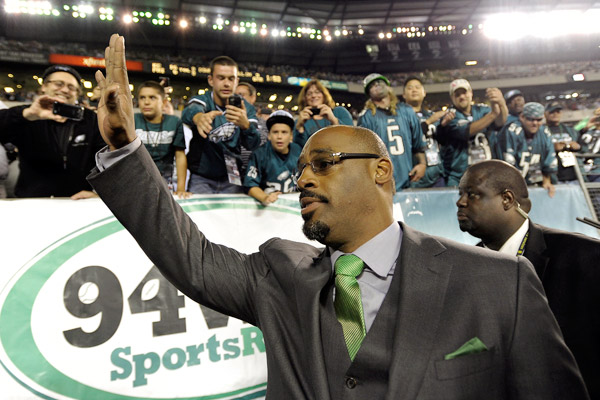 Donovan McNabb on Monday clarified his recent comments on Carson Wentz, the day after Philadelphia Eagles offensive tackle Lane Johnson criticized the former Eagles quarterback for questioning the long-term future in Philadelphia for the current signal-caller.

On Saturday, in an appearance with CBS Sports Radio, McNabb said the Eagles should consider drafting another quarterback if Wentz can't lead the Eagles past the second round of the playoffs in the next two seasons.

"I think in the next two, three years -- two years or so -- he has to find a way to get out of the second round of the playoffs," McNabb said. "What Nick Foles was able to do, take them to a Super Bowl and then possibly take them back to the NFC Championship Game, proves that, hey, some people can get into that offense and be very successful. [Wentz] hasn't been healthy. He hasn't really proven to me, besides the year before he got hurt [when] he was, really, an MVP candidate. He needs to get back to that moment."

That drew a response Sunday from Johnson on Twitter.

The Eagles right tackle then followed up his social media post by expanding on his thoughts on 94WIP radio Sunday night, calling out McNabb and other former Eagles players for criticizing current players on the team.

"This is what I meant -- every training camp we have all of these ex-players come and shake our hands, wish us good luck. Then they just go out and just talk hate," Johnson said. "I feel there is a lot of envy, jealousy, and I see a lot of fakery. It isn't just me -- a lot of other teammates see it too. You would think the best quarterback in franchise history would try to build up a young man that looks up to him instead of always criticizing him, critiquing him and wishing he would fail so he could be the missing link and feel better himself."

The retired McNabb is the Eagles' career passing leader with 32,873 yards and also leads the franchise with 216 touchdown passes. He led the Eagles to seven playoff appearances and a trip to Super Bowl XXXIX after the 2004 season but was traded by Philadelphia to the Washington Redskins in 2010. 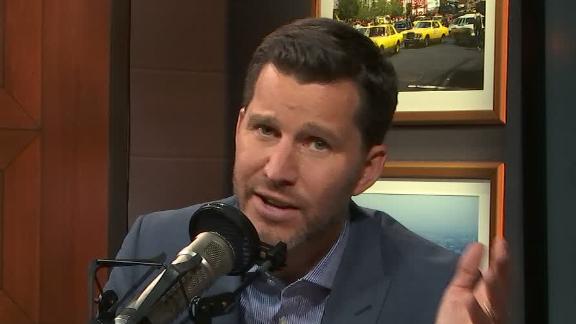