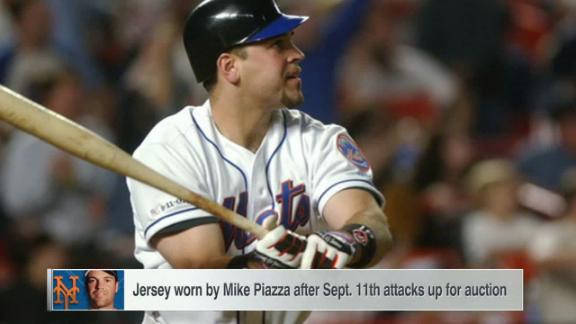 ESPN
By Darren Rovell
An artifact from one of the most memorable moments in New York Mets history is heading to the auction block.

It's the jersey worn by Mets catcher Mike Piazza for a game on Sept. 21, 2001 -- the first regular-season game played at home by a New York team after the Sept. 11 terrorist attacks that killed more than 2,600 in and around the World Trade Center towers that fell.

On an emotional night, Piazza's two-run home run in the eighth inning gave the Mets a 3-2 lead against the Atlanta Braves. The crowd stood on its feet not only to salute Piazza, but also to show joy again by clapping, waving flags and chanting "U-S-A! U-S-A!"

"It's, without question, the most memorable home run in Mets history," said Ken Goldin, president of Goldin Auctions, which will auction off the jersey in a live event April 30 in New York City.

Goldin said the jersey was consigned to the auction by the world's biggest Mets collector, who lent the jersey to the Mets for the team's museum but recently got it back to put it in the auction.

The jersey has an American flag patch on the back collar and 9-11-01 with American flags sewn on the right sleeve. The jersey is also signed by Piazza, who will be inducted into the Baseball Hall of Fame this summer. 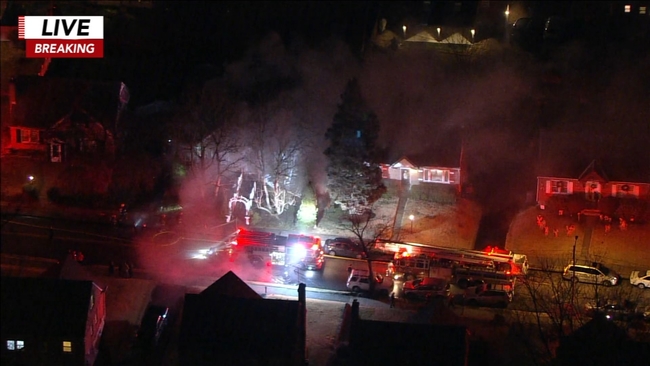