MLB Roundtable: The best, worst and what's to come this holiday week 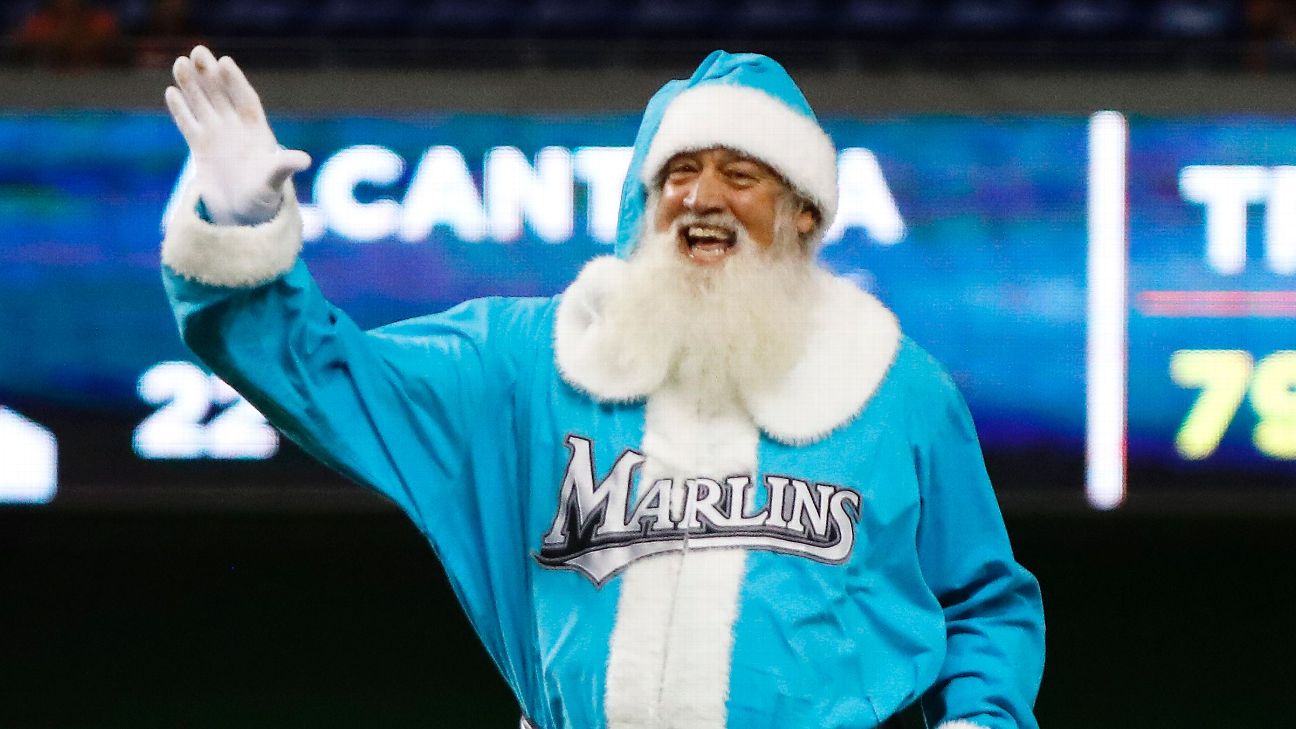 After Friday's seven-player trade between the Dodgers and the Reds, you'd be forgiven if you're anticipating what else the holiday might bring by way of transaction action while waiting for Santa to arrive. With that in mind, we turned to four of ESPN.com's writers to see what they think about the initial moves that have been made this winter, and what the next week -- and 2019 -- might bring.

We start off by asking about the two biggest free agents still available.

1. Which team will find Bryce Harper/Manny Machado under its tree?

It looks like the Philadelphia Phillies are going to end up with a big lump of coal in their stocking because I'm going with Manny Machado to the New York Yankees and Bryce Harper to the Los Angeles Dodgers. Yes, it would be more interesting if there were a surprise team in there like the White Sox or the Rockies or the Twins, but this is baseball for the big-boy spenders. --David Schoenfield

The Dodgers for Bryce Harper and the Yankees for Manny Machado, though the field is more likely in both cases. --Sam Miller

The Dodgers have provided clarity in the Harper chase, and at this point, I'd be very surprised if he doesn't end up playing in front of his agent at Dodger Stadium. The Machado sweepstakes still feels pretty open though I have to default to the idea that if the Yankees really want him, the Yankees will have him. -- Bradford Doolittle

Even though Philly fans once booed Santa Claus, all will be forgiven after he delivers Machado down through the chimney at Citizens Bank Park. Once that's done, St. Nick will pilot his sleigh out west to Chavez Ravine, where Dodgers fans -- who have been dreaming of a blue Brycemas -- will get their wish. --Eddie Matz

You can argue about the reasoning behind the Seattle Mariners breaking up an 89-win team -- it was unlikely to win 89 games again -- but the fact that they were able to package Robinson Cano and most of the $120 million left on his contract is exactly the kind of salary dump a rebuilding team needs to execute. Yes, they had to include stud closer Edwin Diaz and it's a do-or-die package of prospects, but it gives them payroll flexibility down the road. (And it wasn't necessarily a bad deal for the Mets either.) --Schoenfield

It's only one guy and it's for only one year, but Paul Goldschmidt is probably the best player any team will acquire this winter and the St. Louis Cardinals didn't give up anybody who is likely to cause them lifelong regrets. The Cards were a good team that has been just off the pace three years in a row, and now they probably won't be. --Miller

The Cardinals moved what was for them a couple of spare parts for Paul Goldschmidt, exactly the player they needed to crystallize their roster. Now, if Andrew Miller can approach his pre-2018 form, I see St. Louis as the favorite in the NL Central. --Doolittle

Mike Elias is just what the doctor ordered for the ailing Baltimore Orioles. Baltimore's new GM earned his stripes running Houston's international scouting department, which is exactly where the Birds need the most help. --Matz

The Milwaukee Brewers won 96 games, so maybe they don't need to do much, but I think they need to do something. They could use an upgrade at catcher and they need a second baseman -- unless they're counting on prospect Keston Hiura -- and another starting pitcher would be nice. --Schoenfield

I won't say any are bad moves, but I think it's been the hardest winter for Seattle Mariners fans. For months this summer they were told to believe in that roster; now they've got to watch it get blown up for a worse season ahead. Maybe it's necessary. Still hard to get excited about. --Miller

Technically, the Dodgers are in the non-move category since they've basically behaved like a rebuilding club so far. It won't last. Beyond that, while the other elite teams in baseball have been active, the Chicago Cubs have not, apparently because they are counting coppers or something. Their standing is slipping. --Doolittle

He's closer to 40 than 30. He's coming off a PED suspension. He's due $120 million over the next five years. But other than that, Robinson Cano is the perfect acquisition. Way to go, Mets. --Matz

4. Overall, which team is winning the winter so far?

The New York Yankees haven't even signed Machado or Harper yet, but they traded for James Paxton and re-signed J.A. Happ. That's a big win right there. And who knows, maybe they'll play the ultimate heel and sign both Machado and Harper. --Schoenfield

It's really just impossible to say without knowing what all these pieces are ultimately being moved around for. But the Houston Astros (getting Michael Brantley) and the Yankees (getting James Paxton) are both closing in on perfect rosters. --Miller

It's the Cardinals, and they have the flexibility to keep adding. --Doolittle

The Miami Marlins, of course. After all, they've got the game's most coveted trade target (J.T. Realmuto), and a brand-new logo. What's more, Miami has the highest average temperature of any MLB city this December (78 degrees). If that's not winning winter, I don't know what is. --Matz

5. Which is the team to watch heading into the new year?

I'm really excited about the Tampa Bay Rays. No, seriously. I know the division is tougher than Grandma's fruitcake, but I love the Charlie Morton signing and the Mike Zunino trade helps behind the plate. They have depth and versatility up and down the 40-man roster and the reigning Cy Young winner in Blake Snell. They need a big hitter: Maybe it's Nelson Cruz, maybe it's J.T. Realmuto. In a dream scenario, maybe both and we get a three-way race in the AL East. --Schoenfield

Don't overthink it. The Boston Red Sox should be pretty interesting. --Miller

Until Harper does or doesn't sign, it's the Dodgers. After that, the Indians have the ability -- perhaps more than the will -- to move a top-10 starter. If they did so, someone's title outlook could be dramatically altered. --Doolittle