NFL players considering retirement in the 2020 offseason: 16 who could walk away 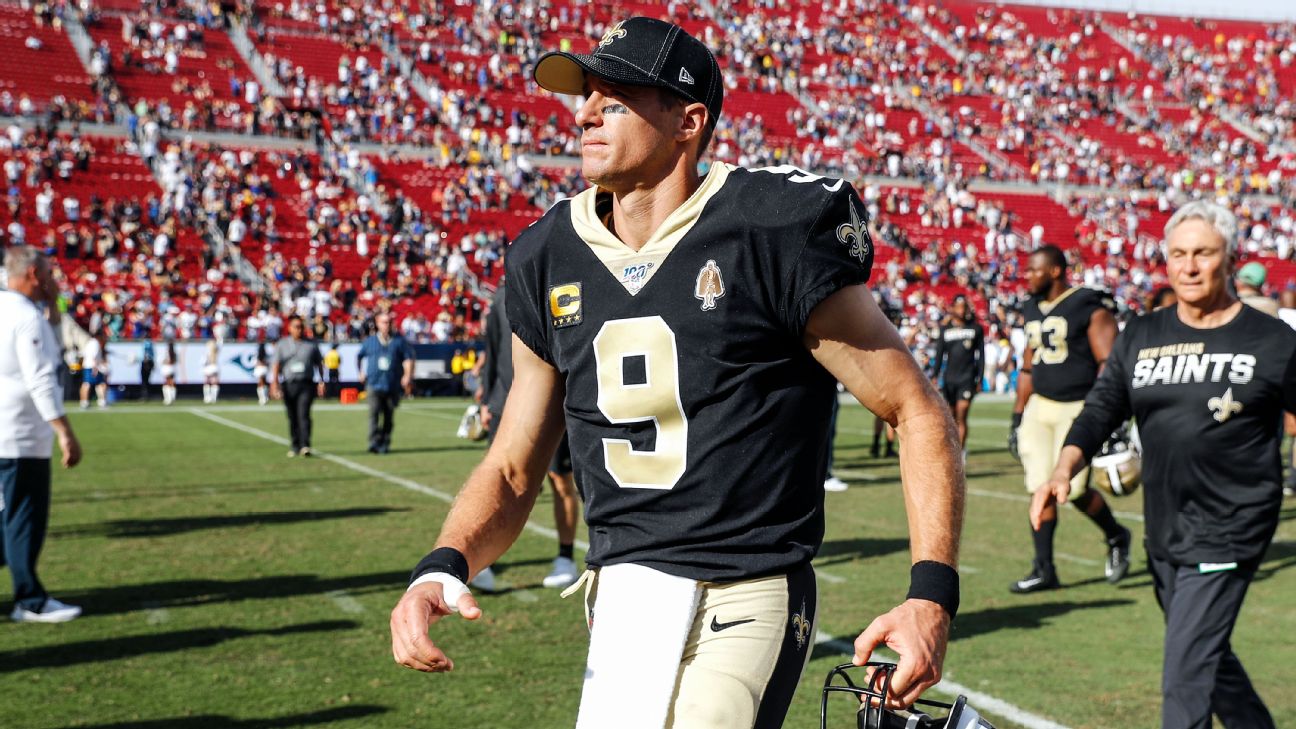 Carolina Panthers linebacker Luke Kuechly stunned the NFL on Tuesday night when he announced his retirementat the age of 28. Kuechly was the 2013 NFL Defensive Player of the Year, and he was named first-team All-Pro five times. His 1,092 tackles over his eight-year career were the most since he came into the league in 2012, the year he was drafted in the first round.

Kuechly missed seven games due to concussions from 2015 to 2017, but he played all 32 regular-season games the past two seasons. He joins Andrew Luck and Rob Gronkowski as under-30 players who have retired over the past year.

Kuechly and Chicago Bears guard Kyle Long, who announced his retirement earlier this monthafter playing seven seasons, won't be the last NFL players to walk away from the game this offseason. We asked NFL Nation reporters to weigh in on more players who have spoken publicly about the possibility of retiring after the season, what they said and their timetable for making a decision.

Here are the 16 players, listed in alphabetical order by team:

He didn't say publicly that he's considering retirement, but Carpenter's body might end up making the decision for him. He signed with the Falcons coming off a season-ending shoulder injury with the Jets, then was placed on injured reserve this past season with a concussion. Carpenter, who turns 31 in March, is likely mulling his future even with two years and $10.5 million remaining on his contract -- not to mention he didn't play up to expectations for a Falcons team that figured he would enhance the offensive line. -- Vaughn McClure

The eight-time Pro Bowl guard is 35 and acknowledged that he might have retired after the 2018 season if he had not finished the year healthy. Yanda, who is signed through the 2020 season, was asked if he had made a decision about retirement after Baltimore's 28-12 playoff loss to Tennessee. "I am not going to talk about my future right now," he said. "Tennessee questions. Anything other than that, I will divert to later on." The Ravens will give Yanda all the time he needs to decide whether he wants to continue playing. -- Jamison Hensley

Third on the all-time rushing list, Gore tailed off toward the end of the 2019 season -- his 15th in the NFL -- as the Bills tailored their offense toward rookie Devin Singletary. With little left to prove and his son entering his freshman season at Southern Mississippi, one of the NFL's staples over the past decade and a half could be calling it quits. Gore, 36, proved he can still play at a high level, but the ability to watch his son play will weigh heavily into his decision. -- Marcel Louis-Jacques

Olsen, 34, doesn't want to be a part of a rebuild, and that's what the Panthers are likely to go through with new coach Matt Rhule. The retirement of Kuechly likely increases Olsen's desire to walk away. He could get an offer from a television network to be an analyst, which is what he wants to do after playing, so that would make the decision even easier. -- David Newton

The 37-year-old returned from a one-year absence after working as ESPN's Monday Night Football analyst and started every game while finishing with 63 catches for 529 yards and four touchdowns. Late in the season, he said coaching was in his future, but he wasn't sure he was ready to walk away from playing, although he expected to make a quick decision. With a new coach in Mike McCarthy and a new staff, Witten could conceivably look elsewhere to play in 2020. Sean Lee, a free-agent-to-be, is also a possibility, but the feeling is the veteran linebacker will continue to play. -- Todd Archer

Harrison said he's considering retiring after an injury-filled 2019 season in which he didn't play up to his own standards. He said his mind is still there, but if he can't get his body to a place where he believes he can return to form, he'll contemplate walking away. Harrison was one of the best run-stoppers in the NFL entering the 2019 season, and hesigned a one-year extension in training camp that takes his contract through the 2021 season. The 31-year-old had 49 tackles and two sacks last season and has a cap hit of $11.75 million for the 2020 season. -- Michael Rothstein

The 31-year-old is spending the first couple weeks of the offseason deciding if he wants to retire or likely re-sign with the Colts. "I just got some thinking to do," Castonzo said the day after the regular season ended last month. "That's what it's going to come down to. I've got a decision to make, then I gotta live with it." Castonzo, a first-round pick in 2011, has started all 132 games he has played during his nine-year career. "We think he had an unbelievable year," coach Frank Reich said. "I think he is the best left tackle in the league. I really do. I mean, I think this guy is a stud player. I think he had his best year of his career and I am looking forward to hopefully getting him back." -- Mike Wells

The veteran quarterback has yet to decide if he will return to Miami for his 16th NFL season. He has sidestepped questions about his future, deferring them to the offseason, but admits the fire to play is still there and that it would be more difficult to retire than play football. The early expectation is that Fitzpatrick, who is under contract with the Dolphins for $8 million with half of that guaranteed in 2020, will return for Year 16 under new Dolphins offensive coordinator Chan Gailey, who has coached him in two different stints. The 37-year-old Fitzpatrick is coming off a solid season, leading the rebuilding Dolphins to a 5-4 record after taking over while finishing eighth in Total QBR. He is likely to make a decision by this spring. -- Cameron Wolfe

Watson, 39, hinted that this was it for him after 16 seasons. He retired after the 2018 season, only to return for another year, but this time it seems like it will be final. Meanwhile, the 42-year-oldBrady has declared his intentions to play in 2020, but there is a caveat: If the right opportunity doesn't present itself for him -- albeit unlikely -- he could potentially revisit the decision. -- Mike Reiss

Brees, who turned 41 on Jan. 15, has said for the past three years that he is taking his career "one year at a time." And he has not yet committed to returning for a 20th season. But it's hard to imagine him walking away after he just had the best passer rating of his career in 2019 (116.3) and finished the regular season so strong, with 15 touchdown passes and zero interceptions in December. And it's even harder to imagine him walking away on such a sour note, with his only two-turnover game of the season in New Orleans' wild-card loss to Minnesota. Brees won't be hurting for options whenever he does decide to retire. At least one TV network has already reached out to him to express interest, according to ESPN's Adam Schefter. -- Mike Triplett

Manning said after the season that he is going to take some time to contemplate his future but wanted to make a decision rather quickly. He's 39 years old, a free agent and didn't enjoy being a backup, and retirement is admittedly among the options. Manning has spent all 16 years of his career with the Giants. He thinks physically he can still play. Whether the right opportunity presents itself will likely determine his future. -- Jordan Raanan

Enunwa said he "would love to play" in 2020, but it hinges on how well he recovers from a neck injury that caused him to miss the final 15 games. A similar injury cost him the 2017 season. Enunwa, who turns 28 on May 31, recently revealed that he has spinal stenosis. He's rehabbing with the intent to play, but Enunwa is a smart, levelheaded person and won't risk his future if he's in danger. -- Rich Cimini

Word got out that Kelce, 32, was pondering retirement last offseason following a grueling, injury-filled year. He returned to have an All-Pro campaign in 2019, but questions about his future understandably came up as the season was winding down. "I mentioned it last year. This is something that goes through your head and has been for three or four years, so I don't want to say this offseason was any different at all [from the previous ones]," Kelce said. "The bottom line is I'm a Philadelphia Eagle. I'm playing until I'm not, and the only reason this ever got mentioned is because the media found out and leaked it." -- Tim McManus

Neither player addressed his status in full because both finished the season on injured reserve with concussions. Davis did tell ESPN he wasn't sure yet what he wanted to do, but he's a free agent and turns 36 on Jan. 31. In Reed's case, a concussion caused him to miss the entire season. There have been mixed signals about his return; some close to him have said he'll play again, but others aren't sure. Reed has had seven documented concussions since his freshman year of college and has had multiple other injuries during his NFL career. At 29, there is a chance he'll retire -- but with a base salary of $8.25 million in 2020, he might get released first (with only $1.8 million of dead money) and decide on his future later. -- John Keim 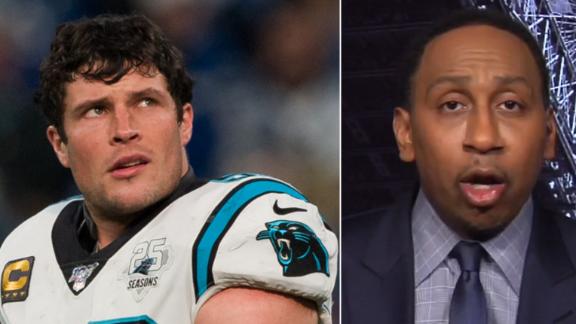 Stephen A.: NFL should have been addressing CTE years earlier
Following Luke Kuechly's unexpected retirement from the NFL at age 28, Max Kellerman, Dominique Foxworth and Stephen A. Smith debate if players retiring young is bad for the league. 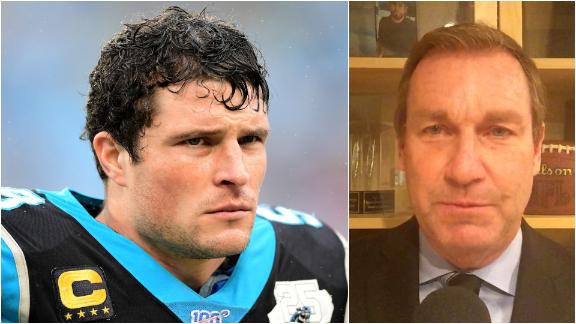