NHL Power Rankings: 1-31 poll, plus hidden All-Stars for every team 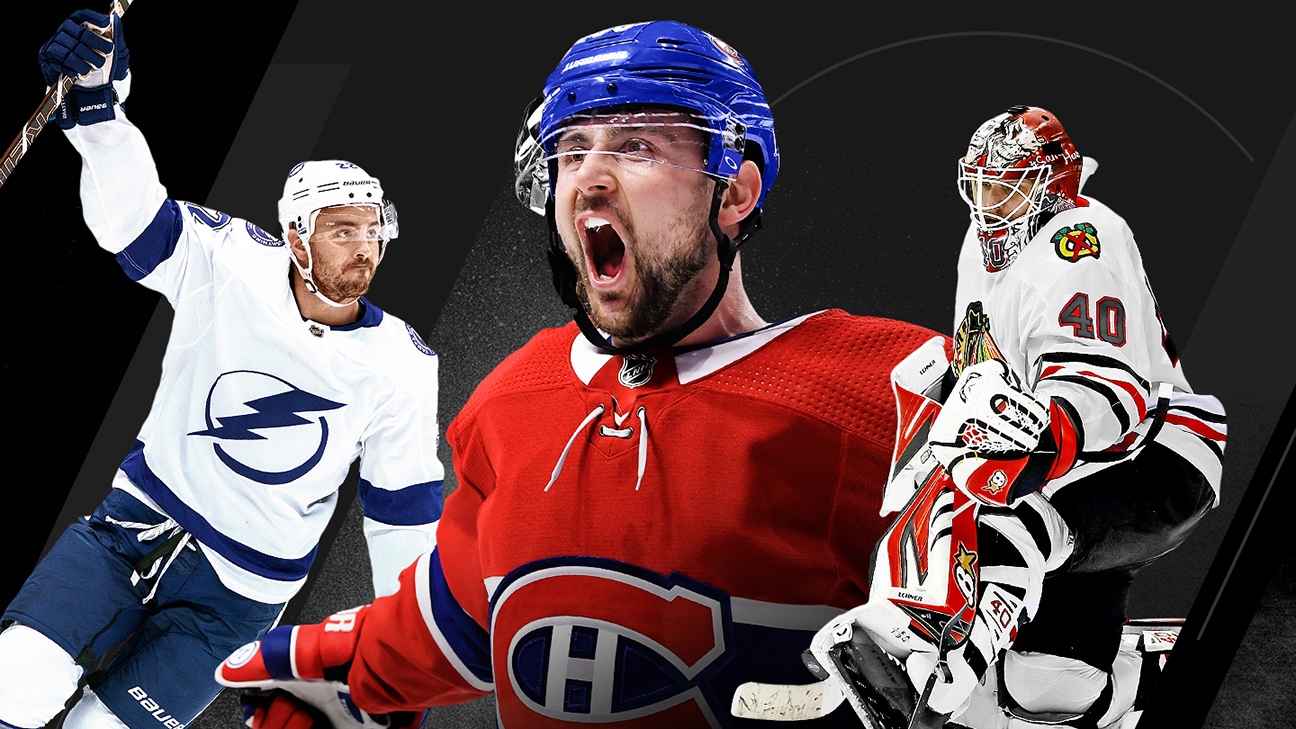 The NHL All-Star Game is scheduled for Jan. 25 in St. Louis, where some of the league's best and brightest (and available, if their schedules permit) players will be showcased.

Being named an All-Star takes great numbers and some level of renown. It's easy for worthy players to be overlooked. So for the Power Rankings this week, we wanted to take a look at some of the NHL's "hidden All-Stars" this season. Some are unsung heroes. Some are names you know that just didn't make the All-Star cut this season.

Note: Standings point pace is as of the games of Jan. 15.

Robert Thomas. The 20-year-old forward is on track for career highs in goals and assists, and has 27 points in 43 games. He is a plus-14 at even strength, and is among the Blues' best forwards in expected goals percentage (52.68). How much more ice time should he be getting than his 13:57 per game?

Jakub Vrana. The fourth-leading points scorer on the Capitals? Not Nicklas Backstrom. Not T.J. Oshie. No, it's Vrana, with 20 goals (second on the team to Alex Ovechkin) and 18 assists, along with four game-winning goals.

Jake DeBrusk. Overshadowed by the offensive fireworks from the Bruins' "Perfection Line," DeBrusk continues yeoman's work on the team's second line with 14 goals and 13 assists in 43 games. In the Bruins' 27 wins, DeBrusk has 21 points.

Bryan Rust. The Penguins forward was among their considerable contingent of injured players at one point this season, but when healthy, he has been an unsung part of the solution with 19 goals and 21 assists in 32 games -- surpassing career highs in both categories already.

Anthony Cirelli. The 22-year-old is building a case for being one of the best two-way centers in the NHL, and has responded to an increased role (almost four minutes more per game on average) with a points pace that would give him a career high. He has been called the "engine" of the Lightning, and for good reason.

Anthony Beauvillier. His courtship of Anna Kendrick aside, the Islanders winger has 11 goals and 14 assists in 45 games, and is third among forwards in goals scored above average while playing a career high 17:37 per game.

Roope Hintz. The 23-year-old forward is leading the Stars in goals, with 15 in 39 games, and has 24 points total. He's second on the team in goals scored above average (6.9). He's also shooting 20.6%, which in theory probably isn't sustainable. But things are going pretty good now.

Ian Cole. Let's give a shoutout to one of the old guys -- comparatively; he's 30, not 70 -- on the squad. Cole is a plus-22 and has 20 points in 41 games, putting him on track for a career high in goals and assists. The majority of his minutes have come without the benefit of playing with Cale Makar.

Jaccob Slavin. Just put this one on a loop every season. One of the best defensive defensemen in the game, with a plus-14 at even strength and the foundation for the season his partner Dougie Hamiltonis having.

Christian Dvorak. Finally healthy, having played all 49 games, the center is having his most complete season, with 11 goals and 17 assists and winning 56.6% of his faceoffs. He earned the chance to play with Taylor Hall.

Justin Holl. The 27-year-old former Marlie has been a big surprise for the Leafs in his first full season, averaging 16:37 of ice time in 45 contests, while getting saddled with challenging defensive assignments. After getting out from under Mike Babcock's disfavor, Holl earned a three-year contract extension in December.

J.T. Miller. The Canucks are sending Elias Pettersson and Quinn Hughes to the All-Star Game, for obvious reasons. But Miller's 44 points in 47 games this season represents the best pace of his career.

Shea Theodore. The focus is usually on the Golden Knights' offensive weapons and their goaltender, but Theodore has been a rock on their blue line. He leads Vegas in average ice time (21:47) and in puck possession (58.06 Corsi for percentage), and leads their defensemen in expected goal differential (58.35).

T.J. Brodie. While his offensive numbers have dipped -- as they have for most of the Flames this season, most notably for partner Mark Giordano -- the veteran defenseman is having a fine campaign, with 14 points in 42 games and the best goals-for percentage (56.0) among Calgary defensemen.

Ethan Bear. The wonderfully named rookie defenseman is playing 21:14 per game on average, and has a Corsi for percentage that's 4.6% better than that of his teammates on a team that's fifth worst in the NHL in puck possession.

Philippe Myers. Technically a rookie this season after playing 21 games in 2018-19, the defenseman has produced three goals and 11 assists in 29 games. He's second on the Flyers in goals above average per 60 minutes (9.4). Not a flawless season -- a few too many penalties, some rookie mistakes -- but a pleasant surprise on the Flyers' blue line.

Noel Acciari. At this point, his stat line reads like a glitch on "play until a day" mode in an EA Sports hockey game: 17 goals, 3 assists. But the former Bruin just keeps scoring, including for goals in six games in January.

Anthony Bitetto. The defenseman, signed for $700,000 last summer, is first among the Jets' thin blue line in expected goals percentage, despite having only four assists and no goals on the season. He plays hard, throws the body and is skating a career-high 15:15 per game.

Zach Werenski. Seth Jones is the All-Star, but Werenski is on the verge of setting a career high in goals (he has 15 in 40 games) with the best points-per-game average (0.70) of his career, while skating a career-high 23:27 per contest.

Filip Forsberg. Roman Josi got the All-Star call for the Predators, but Forsberg's 32 points in 39 games rank first among Nashville forwards, and his 16 goals lead the team -- better numbers than his high-profile teammate, Matt Duchene.

Adam Fox. In a class of outstanding rookie defenseman, Fox might get a bit overlooked. But the 21-year-old has 6 goals and 20 assists in 45 games, skating 17:56 per game. He's second on the team to Artemi Panarin in goals scored above average (10.2).

Phillip Danault. Last season, the center finally got some Selke Trophy love, finishing seventh for the award. This season, he's continuing to score at a consistent clip (32 points in 48 games) with more ice time (18:58 per game). He's fourth on the team in goals scored above average (7.5).

Sam Reinhart. Can we just say Jack Eichel? Oh, he's an actual All-Star and hence disqualified? OK, let's go with linemate Reinhart, who has 16 goals and 23 assists in 47 games, and is on pace for a career high in points. Good timing: He's a restricted free agent this summer.

Dominik Kubalík. The rookie sensation has 18 goals for the Blackhawks, second on the team to Patrick Kane. Not bad for the 191st overall pick in the 2013 draft.

Aaron Dell. Has he been great? No. He's 8-8-2, with a .909 save percentage and a 2.84 goals-against average. Is he better than the alternative? Well, yes, considering he's on the positive side of goals above average and Martin Jones is a minus-15.51.

Blake Coleman. The Devils winger has been an outstanding penalty killer during his four-season career, but 16 of his 18 goals during this campaign have come at even strength. A speedy beam of light in a gloomy season in Newark.

Jack Campbell. The goalie is 7-8-2 this season in 17 starts, posting slightly better numbers than incumbent starter Jonathan Quick in a lost season for the Kings.

Jean-Gabriel Pageau. Anthony Duclair's 21 goals landed him in the All-Star Game, and for good reason. But Pageau, also in a contract year, has been outstanding, with 19 goals and 12 assists in 46 games.

Rickard Rakell. The Ducks forward might not get back to the heights of his previous goal and point totals, but Rakell is second on the team to All-Star selection Jakob Silfverbergin goals scored above average (5.7).

Anthony Mantha. He had 24 points in 29 games before a rib injury sidelined him. But yes, that's the state of the Red Wings: A guy who hasn't played since Dec. 21 is still the only one worthy of hidden All-Star status. 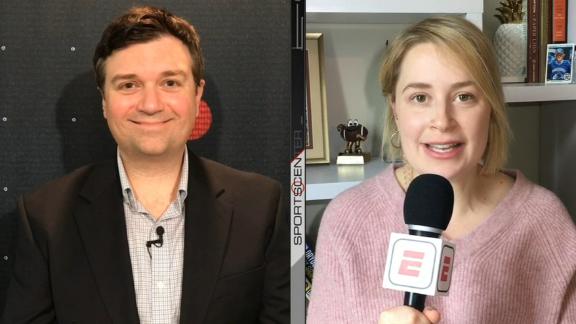