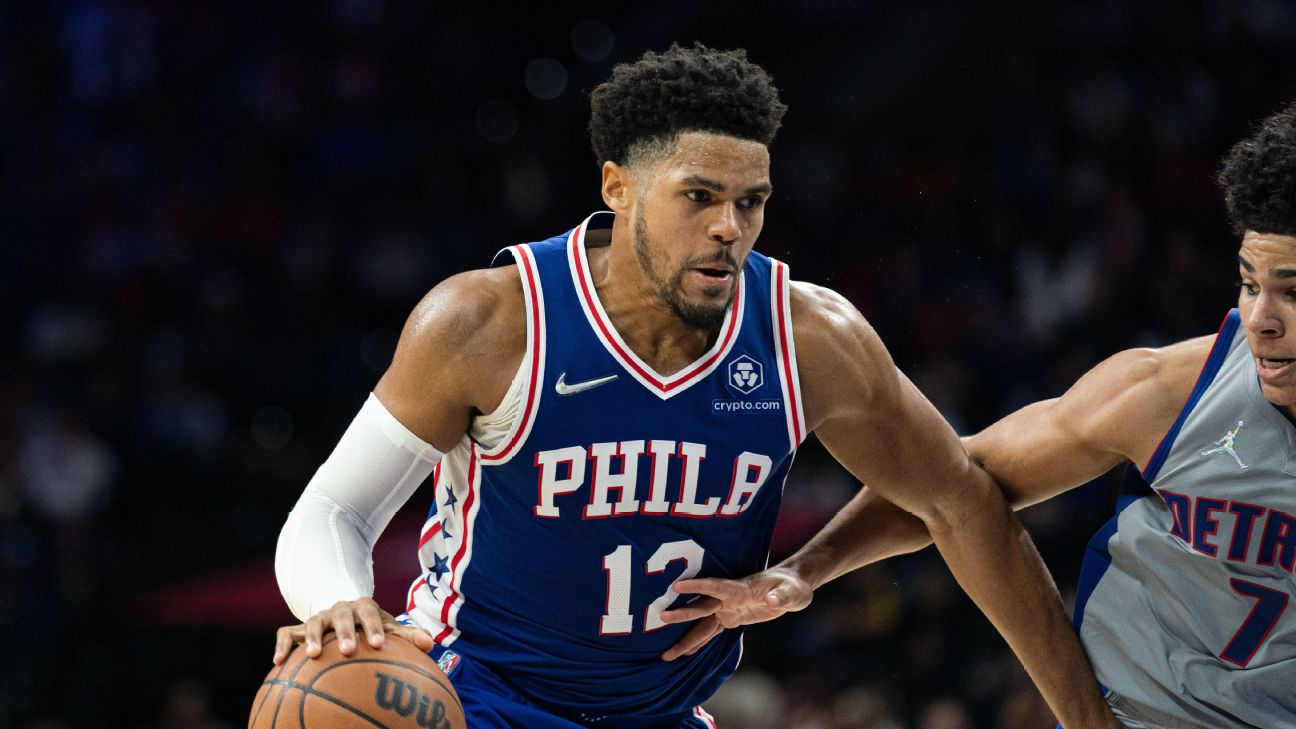 PHILADELPHIA -- Already without Ben Simmons, the Philadelphia 76ers also were missing both Joel Embiid and Tobias Harris for Monday night's 113-103 win over the Portland Trail Blazers at Wells Fargo Center.

Embiid, who has been questionable for each of the past five games because of right knee soreness, was ruled out early Monday afternoon by the team for the first time this season. But rather than because of the knee, the 76ers instead said Embiid was having a rest day.


"It had nothing to do with his knee," Rivers said. "It was just planned. We kind of went over the schedule. We go over it monthly. We plan it out. It doesn't always go as planned, obviously. But, so far, so good."

Sources told ESPN's Ramona Shelburne that Embiid had an MRI on his knee over the weekend which revealed no concerns.

Harris, meanwhile, was out on the court warming up before the game only to be announced as out for the game due to the league's health and safety protocols about a half-hour before tip.

A player who tests positive has to sit out for a minimum of 10 days, which would potentially knock Harris out for at least seven games through next Thursday's contest at home against the Toronto Raptors.

Philadelphia is of course already playing without Simmons, who has yet to debut this season after holding out for the first two weeks of training camp, getting suspended for the season opener in New Orleans and now being ruled out indefinitely due to personal reasons.

Rivers spoke positively about the work Simmons is doing at the team's facility, but gave no update on a timeline for his return to the team.