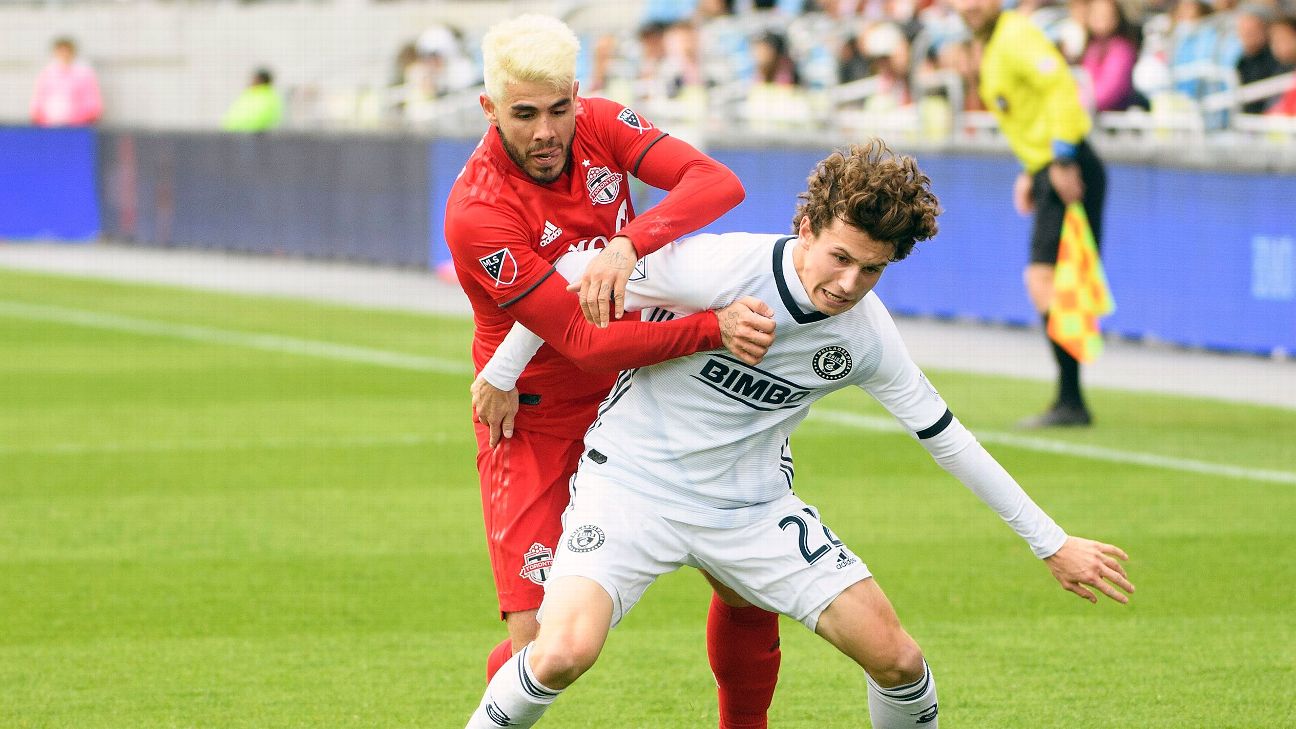 Entering Saturday's match at Toronto FC, the Philadelphia Union had not lost an MLS game this season in the six matches when they scored first.

Make it seven, as Philadelphia posted a 2-1 win on Saturday afternoon.

Trailing 1-0 at the break, Toronto drew even just six minutes into the second half.

Michael Bradley was fouled by Alejandro Bedoya 20 yards in front of the Philadelphia goal, giving Toronto a free kick. Alejandro Pozuelo made the most of the chance, hitting a delicate chip over the Philadelphia wall and into the upper-third to level it 1-1.

The Union retook the lead in the 68th minute with Jamiro Monteiro putting home a cross from Kacper Przybylko, capping a nice exchange of passes between the two.

Jozy Altidore, the United States national team star, returned to action in the 72nd minute for Toronto, his first appearance after missing three games with an injury.

Philadelphia took the lead in the 25th minute of the contest.

Kai Wagner took the ball down the left side of the field, carried it for a bit and then hit a cross to the middle.

Fabrice-Jean Picault of Philadelphia and Chris Mavinga of Toronto both got to the ball at the same time with slides about 10 yards out from the goal.

The ball eluded Toronto goalie Quentin Westberg, who had twice made great saves previously to keep the game scoreless. It was credited on the scoresheet as an own goal by Mavinga.

The first half played out like it was a team that had a full week to prepare (Philadelphia) against a team playing a third match in seven days (Toronto) as the Union had more energy and a more cohesive run of play. 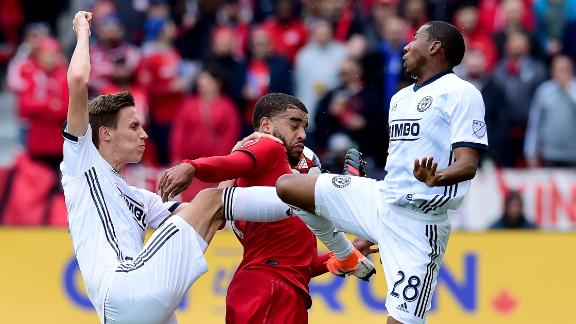 Union win again to maintain Eastern lead
Philadelphia Union won 2-1 at Toronto thanks to a fine goal by Jamiro Monteiro to remain top of the Eastern Conference. 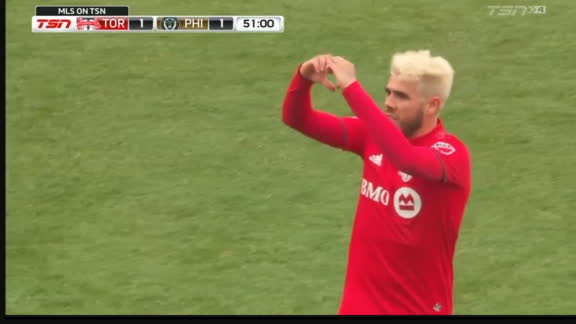 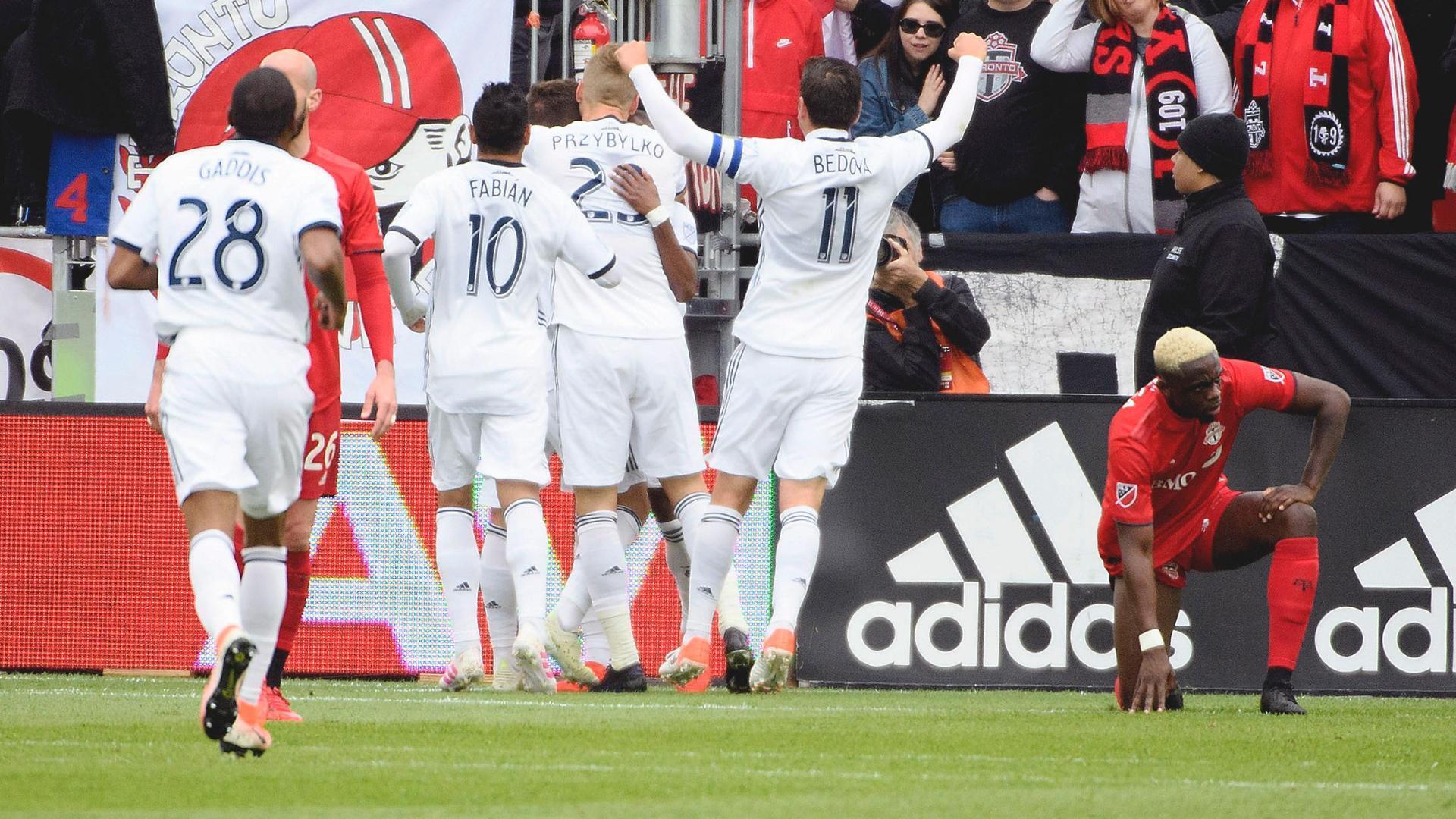