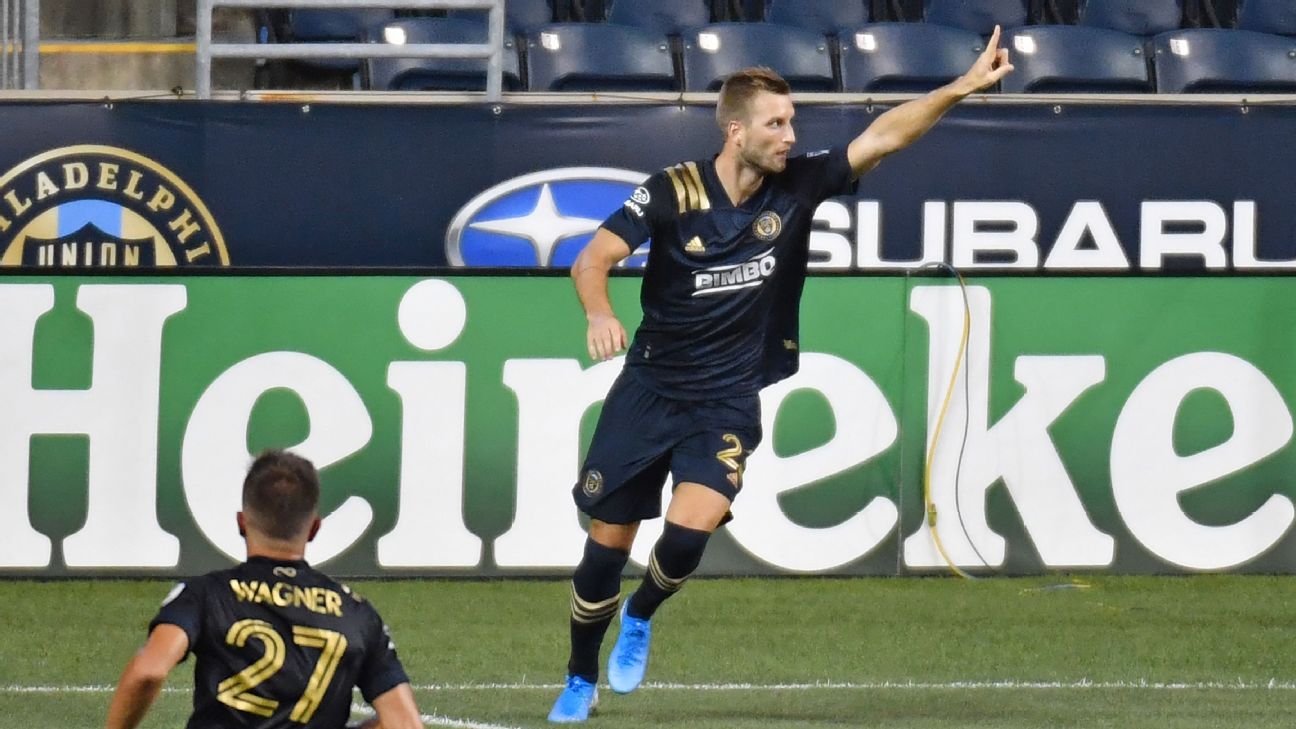 Forward Kacper Przybylko scored the lone goal of the match and also prevented a score to lead the Philadelphia Union to a 1-0 victory over the New York Red Bulls on Tuesday night.

Goalkeeper Andre Blake made three saves while recording his third shutout of the season and 33rd of his career for the Union (3-1-3, 12 points). The clean sheet was Blake's second in a row.

Ryan Meara made three saves for the Red Bulls (3-3-1, 10 points) as Philadelphia placed four of its 10 shots on target. New York was on the mark with three of its eight shots.

Przybylko's goal came in the 31st minute and was set up by a stellar cross from defender Raymon Gaddis on the right side.

The ball was placed right in front of the goal and a streaking Przybylko used his left foot to send it past Meara.


New York had an opportunity to tie the score in the 45th minute when defender Tim Parker sent a header toward the left side of the net. Blake was on the other side but Przybylko was stationed near the net and cleared the ball away.

Przybylko nearly made it 2-0 in the second minute of first-half stoppage time but Meara stymied him with a save of the left-footed shot.

The Red Bulls had another solid chance in the 60th minute after Philadelphia turned over the ball. Forward Tom Barlow sent a right-footed, close-range blast in on goal and Blake was ready to make the save.

The Union came up empty on two chances in back-to-back minutes. Wide-open forward Sergio Santos grounded a right-footed shot from the center of the box directly into Meara in the 67th minute, while Przybylko sent a left-footed shot over the top of the net in the following minute.

Santos later narrowly missed a goal when his header sailed wide right of the net in the 79th minute. 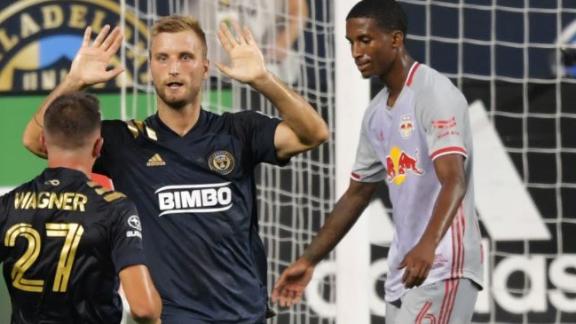