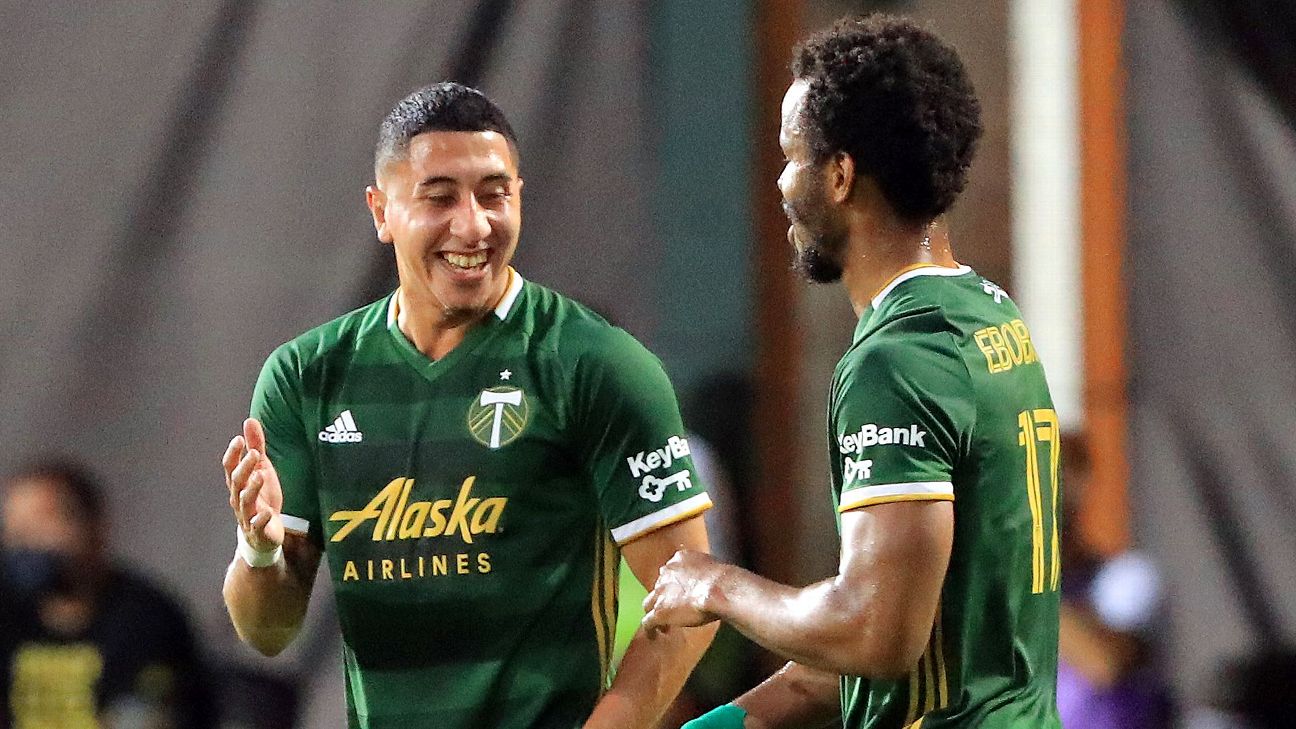 Jeremy Ebobisse and Sebastian Blanco each scored and the Portland Timbers earned a spot in the MLS is Back championship game with a 2-1 victory over the Philadelphia Union on Wednesday night.


- Stream MLS is Back on ESPN networks, App | FC Daily on ESPN+

- Schedule, TV info: What you need to know

The Timbers will face the winner of Thursday night's game between Orlando City and Minnesota United in the title match on Tuesday. The tournament winner earns a spot in the 2021 CONCACAF Champions League.

"It's a great feeling. We came here with one goal, and that was to lift the trophy at the end of the tournament,'' Ebobisse said. "And now we're one game away. All the work that we've put in, and all of the sacrifice that we've put in, is all starting to pay off. We've got 90 more minutes.''

Down two goals, Philadelphia closed the gap on Andrew Wooten's goal in the 85th minute. It appeared the Union pulled even on Kacper Przybylko's goal a minute later, but it was ruled offside. Portland earned its spot in the semifinals with a 3-1 victory over New York City FC.


"In the end, I think we deserved this win because I think that we made it very difficult" Timbers coach Giovanni Savarese said. "And we had two good goals to now move on to the final, but it's credit to the guys for the hard work that they put today.''

The Union, who had not previously trailed in the tournament, had a chance to pull even in first-half stoppage time when Blanco fouled Jamiro Monteiro. Sergio Santos' penalty kick went over the bar and two the right. Santos finished with three goals in the tournament, while Blake led all goalkeepers with 34 saves.

"We're not going to sit here and blame one player for missing a PK. It happens in sports,'' said Philadelphia coach Jim Curtin.

Blake dove to stop Andy Polo's shot in the 69th minute. Moments later Blanco was unmarked for a header to the far corner to put the Timbers up 2-0. It was Blanco's third goal of the tournament, to go with five assists.

The Timbers, who won the MLS Cup in 2015, had won six of the 10 previous meetings between the two teams. Philadelphia's only win in the series came back in 2015. The Union scored three first-half goals in quick succession to defeat Sporting Kansas City 3-1 in the quarterfinals to advance.

"When you give up a goal early on a set piece, you're chasing, right away,'' Curtin said. "So it was always going to be hard once they got to lead. Again, the first time in the competition in all six of our games that we went down. So we had to find ways to try to break them down and we just weren't sharp enough on the night.''


The monthlong World Cup-style tournament has been played without fans at ESPN's Wide World Of Sports at Walt Disney World. Players have been sequestered for the duration at Disney resorts.

At the half, MLS Commissioner Don Garber told Fox Sports that the league would soon be announcing a schedule for matches once the teams return to their home markets. 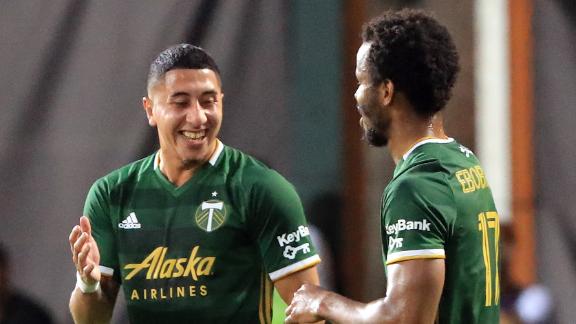 Timbers reach MLS is Back final with 2-1 win vs. Union
Jeremy Ebobisse and Sebastian Blanco lead Portland past Philadelphia into the final. Watch MLS on ESPN+. 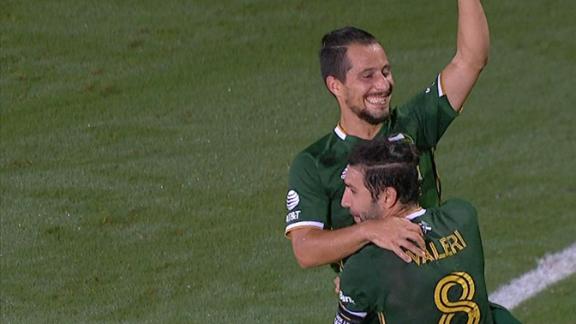 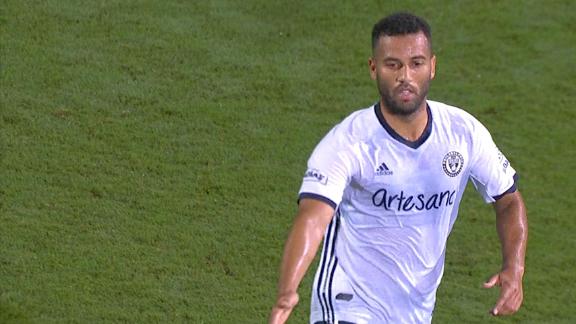 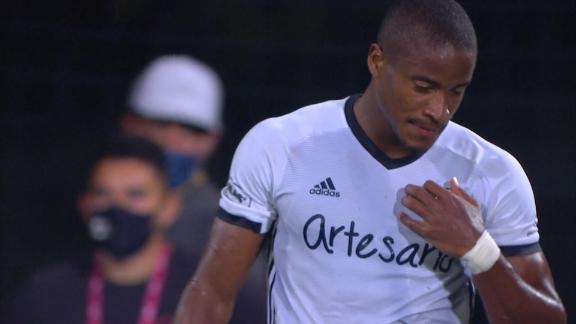 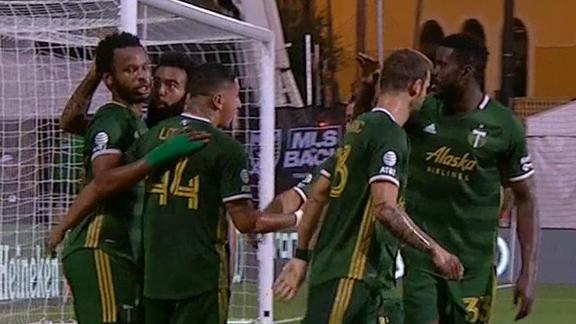