Przybylko, Bedoya on target as Union rally past Quakes 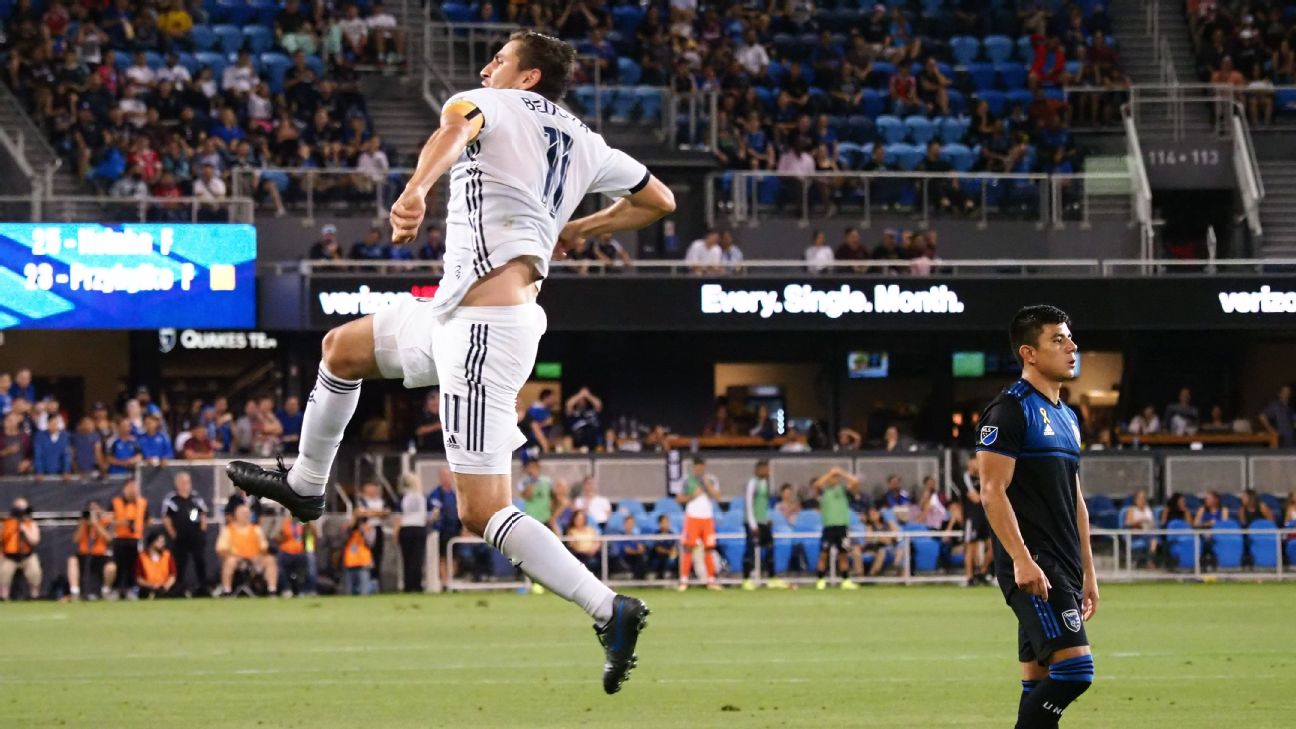 Kacper Przybylko scored his team-leading 15th goal of the season, and the Philadelphia Union came from behind of a 2-1 victory over the host San Jose Earthquakes on Wednesday night.

Alejandro Bedoya also scored for Philadelphia (16-9-7, 55 points), which kept its hopes for the Eastern Conference regular-season crown alive with the victory.

The Union would have to win their last two games, including against East leaders New York City FC on the final day of the season. NYCFC would also have to lose its other game for Philly to wrest away the top spot and a first-round playoff bye.

Jackson Yueill scored for San Jose (13-14-5, 44 points), which slid back beneath the playoff line following their fourth consecutive defeat and seventh in their last nine.

The Earthquakes still would reach the postseason if they win their last two games, home against Seattle on Sunday and away to sixth-place Portland on the final day of the season, Oct. 6.

Bedoya tied the match in the 70th minute. Raymon Gaddis beat his defender around the right corner and then found Bedoya near the penalty spot with a low pass. Yueill slipped while defending Bedoya, who took a couple touches and then finished past Daniel Vega.

Przybylko put the Union in front six minutes later with his sixth goal in his past eight matches. Jamiro Monteiro curled an in-swinging cross toward Przybylko, who outleaped Guram Kashia and drove his header past Vega from close range.

Yueill put San Jose in front in the 35th minute on a play that began when Danny Hoesen controlled Magnus Eriksson's pass, turned quickly and drove toward the byline. As Jack Elliott closed in, Hoesen dragged his cross back across goal, where Yueill met it and guided a low, first-time finish past Andre Blake.

Eriksson thought he'd doubled San Jose's lead in the opening moments of the second half. However, the goal was overturned following a review, with referee Baldomero Toledo ruling Hoesen had been offside in the buildup. 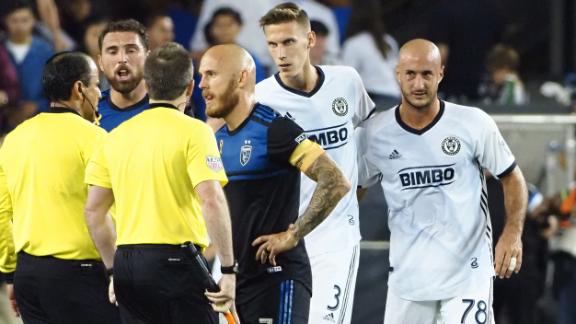 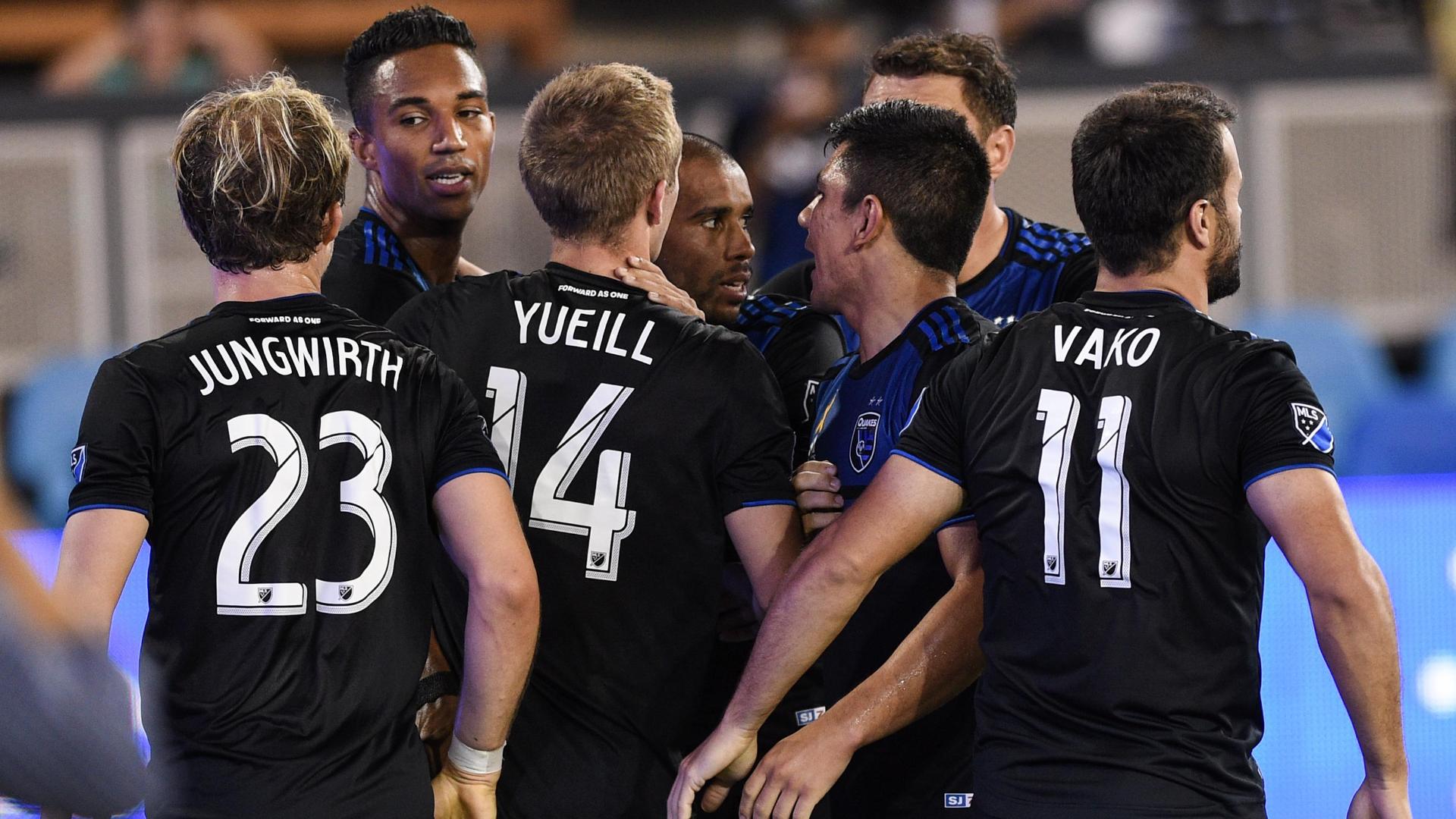