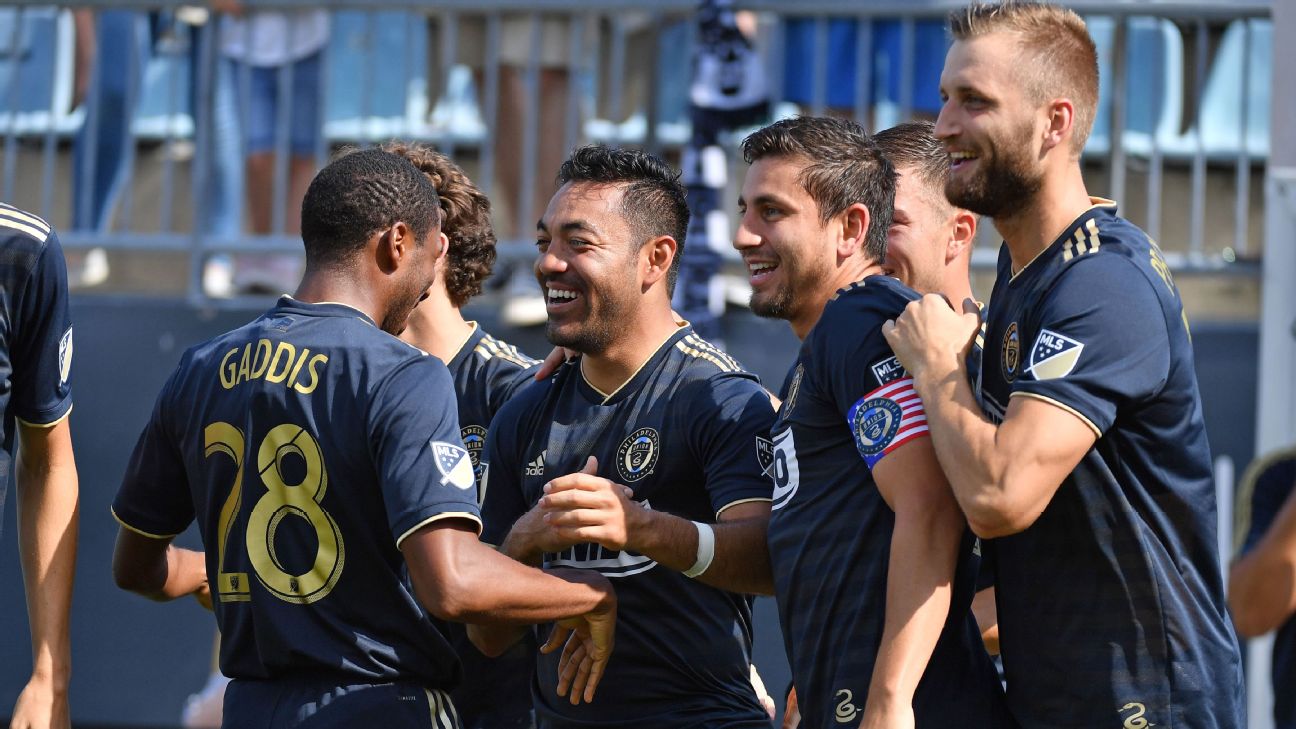 ESPN
By Reuters
Kacper Przybylko scored in the 90th minute as the host Philadelphia Union rallied to a 2-2 draw in the back end of a home-and-home series against Orlando City on Sunday.

Marco Fabian scored in the fourth minute, and Jamaican goalkeeper Andre Blake finished with two saves in his return from international duty for the Union (10-5-6, 36 points), who posted a 3-1 win over Orlando City on Wednesday.

Dom Dwyer and Santiago Patino each scored, and Brian Rowe made five saves for Orlando City (6-9-4, 22 points), which nearly overcame the red-card absences of starters Robin Jansson and Sacha Kljestan.

Sunday's contest came as a result of Saturday's scheduled clash being postponed due to inclement weather.

Philadelphia was trending toward an upset loss before Przybylko forged a tie at two, as he exchanged quick passes with Matt Real before his right-footed shot beat Rowe.

Przybylko, who has a team-leading nine goals, recorded a brace on Wednesday in Orlando.

Orlando City took advantage of a set piece situation to secure a tie at one in the 67th minute. Nani's bending cross was headed home from the center of the box by a leaping Dwyer, who recorded his fifth goal of the season.

Orlando City kept up the intensity as Nani's corner kick was not cleanly fielded by Blake, allowing Patino to convert from close range to give the visiting club a 2-1 lead in the 81st minute. Patino's goal was his first in the MLS.

The Union seized the early advantage as Fafa Picault's left-footed cross was redirected inside the back post from the center of the box by Fabian. The goal was the third of the season for Fabian, while Picault's assist was his 11th of his three-year MLS career.

Philadelphia's bid to double the 1-0 advantage in the 35th minute was thwarted by alert play from Rowe, who punched the ball away after Przybylko's turnaround shot. 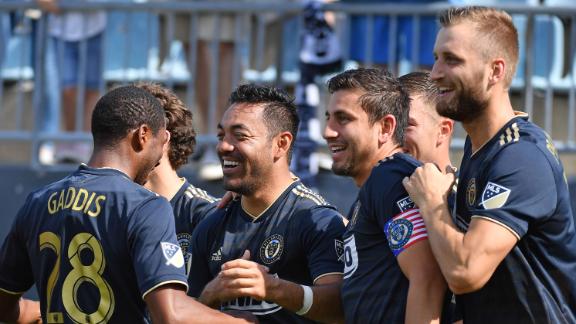