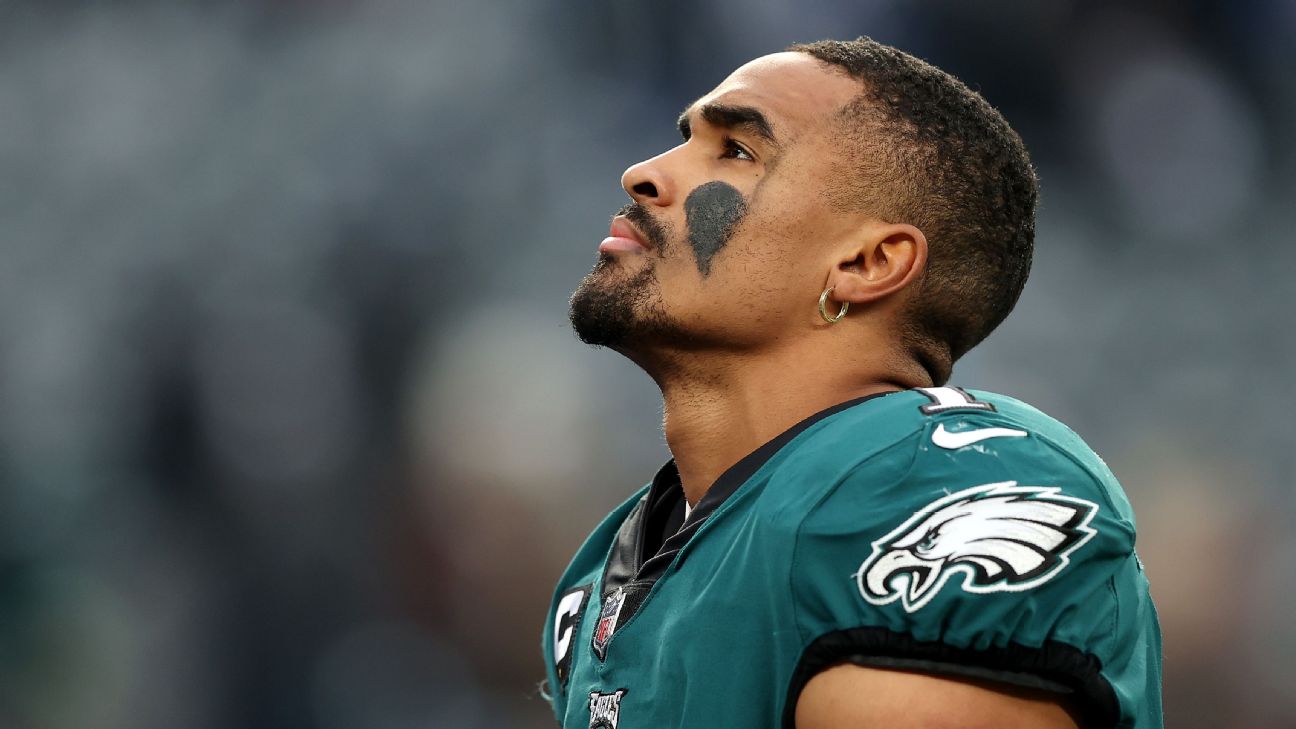 PHILADELPHIA -- Quarterback Jalen Hurts remains the Eagles' starting quarterback following an offseason full of speculation surrounding his position, and he sounded confident in his standing while speaking with reporters Wednesday.

"It's understood. It's my opportunity, it's my team," he said when asked about the public backing from general manager Howie Roseman and coach Nick Sirianni in recent weeks. "It's my team, so we're ready to go."


Holding three first-round picks entering April's draft, the Eagles appeared well-positioned to trade for a veteran quarterback like Russell Wilson or Deshaun Watsonand did their homework on both before they landed in Denver and Cleveland, respectively. It's still in question whether the Eagles are committed to Hurts long term. They traded one of their first-rounders to the New Orleans Saints in a deal that netted a first-round pick in 2023, which is expected to boast a quality quarterback class.

Hurts said "that's stuff that you all talk about. Everything is good over here." But teammate Brandon Graham indicated that Hurts has heard the noise.

"Of course, it probably gets to him. But I feel like he's mature enough to be able to handle that if that's what's happening because he hasn't shown me that he's worried about too much of anything other than just trying to prove you all wrong," Graham said.

The addition of receiver A.J. Brown should help in that effort. The Eagles acquired Brown from the Tennessee Titans for a first- and third-round pick on Thursday. Brown said Hurts put a "bug in [the Eagles'] ear" to try and trade for him. Hurts and Brown are close friends and now teammates for the first time.

"He's always been an excellent player since I've known him in college," Hurts said. "Always had the ability to make plays with the ball in his hand, use his body, box out defenders, break tackles. He's a great addition to a great receiver room we have now, and I'm excited."


Hurts, 23, led the Eagles to the playoffs in his first year as a full-time starter last season. He completed 61.3% of his throws for 3,144 yards with 16 touchdowns (nine interceptions) while rushing for 784 yards and 10 TDs.

He spent part of the offseason training in Southern California, taking what he described as a holistic approach that touched on everything from taking command of the offense to nutrition.

"I think this is an exciting time to be an Eagle," he said. "Coming off the things we were able to accomplish and overcome last year, I think there is a lot to look forward to. One thing I've been telling the guys is the foundation has been set, the standard has been set, and the only direction is to climb.

"The message has been, simply, the only direction is to rise." 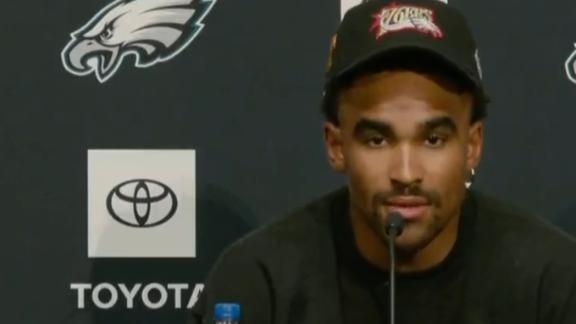