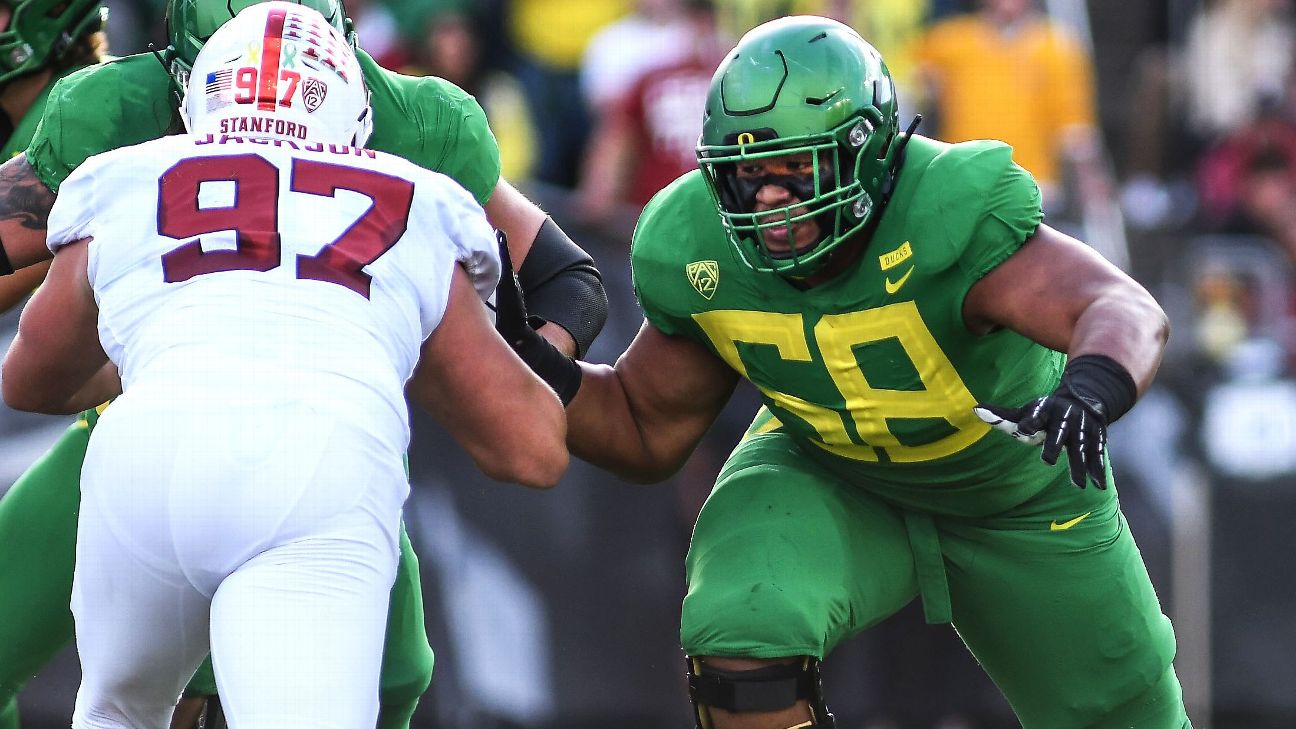 Over the past few months, Pro Football Focus has ranked the top 10 returning college football players at every position for 2020. A combination of Pro Football Focus grades and PFF's wins above average (WAA) metricwas used to come up with the rankings, presented below.

Don't miss the All-PFF College Team made up of the best players returning to college football for 2020.

Seeing Lawrence at the top of this list shouldn't really be a surprise. He was one of just two quarterbacks to produce an elite 90-plus overall grade in each of the past two seasons (Tua Tagovailoa was the other), and he did so as true freshman and sophomore. In 2018, the Clemson signal-caller shattered PFF college records by posting a 90.7 PFF grade, the highest grade we have ever given to a true freshman quarterback, and his 1.42 WAA was six-tenths of a win more than that of any other first-year quarterback in the PFF college era.

Lawrence got off to a rocky start in 2019. His two lowest-graded games of the season came in the first three weeks, and he was ranked 62nd in PFF grades by the end of Week 3. However, Lawrence found his groove, and from Week 4 until the end of the season, he earned a grade that ranked behind only that of LSU's Joe Burrow.

There isn't much Lawrence doesn't already do at a high level; his pocket presence, ability to create outside the structure, decision-making, mobility and clean-pocket play are already at (or near) elite status. He's one of just two quarterbacks to produce a turnover-worthy play rate (PFF's lowest-graded throws) and big-time throw rate (PFF's highest-graded throws) that both rank among the 10 best since 2018. In other words, Lawrence has rarely given the opposing defense an opportunity to make a play on the ball, and he has routinely dropped dimes on the opposing defense.

Everyone thought Etienne was on his way to the NFL following Clemson's loss to LSU in the national title game. After all, he won the ACC Player of the Year in both 2018 and 2019, and he earned the best PFF rushing grade and the most WAA of any non-quarterback since 2018. However, not even a week after the loss, Etienne announced that he was returning to the Tigers to compete for another championship with quarterback Trevor Lawrence at the helm of the Clemson offense.

What Etienne has done the past two seasons as a ball carrier is quite remarkable. He has broken the most tackles per attempt (0.35), picked up a first down or touchdown at the highest rate (36.5%) in the nation and averaged the country's most yards after contact per attempt (4.7). The biggest thing he needed to improve upon from 2018 to 2019 was his receiving ability, and Etienne recognized that, as he reportedly "went up to Trevor Lawrence throughout fall camp and asked to run routes and catch passes after practice." Etienne vastly improved in that facet as a result and lowered his drop rate from 25% in 2018 to 7.5% in 2019 while raising his receiving grade from 45.6 in 2018 to 77.2 in 2019.

Chase produced one of the best seasons PFF has ever seen as a true sophomore last season. Not only was he the most valuable wide receiver and second-most valuable non-quarterback in the FBS, behind only his teammateDerek Stingley Jr., but also his season landed right behind Amari Cooper's 2014 effort as the best we've seen by a wideout.

Chase's numbers were simply staggering. He hauled in 14 of his 16 catchable contested targets, his 41 plays of 15-plus yards were four more than that of any other wide receiver in the FBS, and his 21 broken tackles after the catch were seventh most in the country. The reigning Biletnikoff Award winner bodied his opponents downfield and was nearly impossible to cover in single coverage. On those plays, Chase produced a 97.0 PFF receiving grade, 32 explosive plays (15-plus yard gains), 11 broken tackles and 14 catches on 28 contested targets. For perspective, the next-closest receiver by grade finished at 93.9, and Chase's 32 explosive plays were seven more than anyone else recorded at the position.

Not only is Sewell the best offensive lineman returning to the college ranks in 2020, but he is also one of the best players returning to college football, regardless of position.

Since 2014, when PFF started grading college games, there have been 4,739 instances of an offensive lineman playing at least 250 snaps in a season, and Sewell's 2019 season earned the highest WAA figure, edging Ryan Ramczyk's 2016 season with Wisconsin and Quenton Nelson's 2017 season with Notre Dame.

Sewell finished the 2019 season with a 95.5 overall grade, the highest grade we've ever given to a college offensive lineman, and he was the only offensive lineman to produce 90.0-plus grades in both pass protection and the running game.

The last time an offensive lineman finished in the top five in Heisman voting was 1996, when Ohio State's Orlando Pace finished fourth. If the 2019 season is anything to go by, though, Sewell could very well bring an end to that drought this December.

The recently transferred Roche was a solid pass-rusher in 2017 and 2018, earning above-average grades in both seasons, but he just so happened to produce one of the biggest breakout seasons in 2019, which cements his standing atop this list.

Roche's 93.3 pass-rush grade ranked behind only that of Chase Young among edge defenders last season, and his 18.4% pressure rate tied for eighth. His quick, violent hands helped him secure 68 total pressures a season ago, fourth among edge defenders, and that helped him finish the season as the nation's second-most valuable edge rusher in terms of PFF WAA. Miami's pass rush was its greatest strength last season, and that likely will be the case again now that Roche is on the roster.

Wilson missed the last few weeks of the 2019 season because of injury, but many thought him to be a potential first-round prospect in the 2020 NFL draft, so it was a bit of a surprise to see him opt to return to Florida State.

Wilson has produced elite PFF overall grades the past two seasons, forming a two-year PFF grade that ranks third among all interior defensive linemen to play at least 700 snaps in that period. He has been stout against the run, but the best thing we saw from Wilson during his time on the field in 2019 was his pass rushing. His 90.9 pass-rush grade across his 291 pass-rush snaps was the second-best figure in college football last season, and he won on 16.8% of those reps, which tied for the fifth-highest rate. If he puts up a similar season in 2020, he'll probably be the first interior defensive lineman off the board in next year's draft.

Parsons was solid as a true freshman in 2018, but he took his game to a whole new level in 2019, producing the highest PFF overall grade (91.5) at the position. Parsons excelled against the run, an area in which he recorded a run-defense grade of 94.8, which not only ranked first in the country but is also one of the best grades we've ever given to a player at his position. His tackling against the run was nearly flawless, too, as he recorded 17 tackles for loss or no gain and missed only six of his 83 attempts.

His performance in coverage could stand to improve some, but he was by no means a liability in that facet. In fact, he didn't give up a touchdown and recorded four pass breakups on 43 targets, and his 68.5 coverage grade ranked 14th among 48 qualifying Big Ten linebackers. At this point, it goes without saying that the seventh-ranked recruit of the 2018 class is living up to the hype.

The gap between Stingley and the second cornerback on this list is massive. Stingley shattered PFF records across the board in his 2019 true freshman campaign, notably putting together the most WAA we have ever seen by a non-quarterback in a single season.

Stingley was one of the most battle-tested corners in the country a season ago. He saw a whopping 94 targets -- second most among cornerbacks -- but he managed to allow a 38.3% catch rate and produce a 91.9 PFF grade that ranked fifth and first, respectively, among players at his position. Stingley also forced tight coverage on more than 75% of his targets -- a figure that leads all returning Power 5 cornerbacks and is more than 27 percentage points above the FBS average. On those 71 tight-coverage targets, he allowed just 20 to be caught, he forced 20 of them to fall incomplete, and he picked off another six.

Stingley just had one of the best seasons we have ever seen in the PFF college era, and SEC offenses will have the pleasure of dealing with him for another two years.

Moehrig's 2019 season was one of the best we have ever seen at the position. Not only was he the most valuable safety of the season, but he also had the third-most valuable season we have seen in the PFF college era. Regardless of where he was on the field, Moehrig was an absolute playmaker. While in coverage, he forced an incompletion on a whopping 32% of his 47 targets. Of those targets, 17 were contested, and he allowed only two to be caught. Those are amazing numbers for a safety, and the fact that Moehrig did this in his first full season starting as a true sophomore is unreal. He's the best safety in college football. 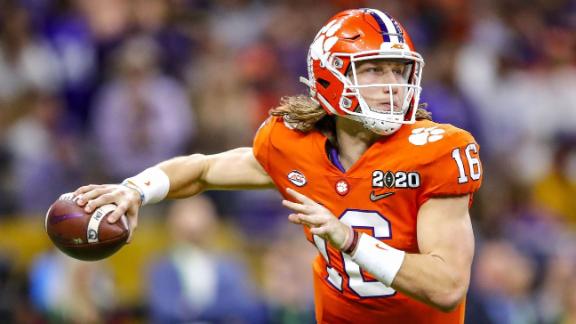