No playoffs but plenty in play for Birds in finale

PHILADELPHIA (WPVI) -- Head coach Doug Pederson is expected to remain with the Philadelphia Eagles next season, but defensive coordinator Jim Schwartz will not return, according to reports.

While Pederson is expected to return, he does have a meeting scheduled for Tuesday with owner Jeffrey Lurie to discuss plans for the 2021 season, sources told ESPN's Chris Mortensen and Adam Schefter on Saturday.

Pederson led the Eagles to the playoffs in each of the previous three seasons, winning Super Bowl LII against the New England Patriots. He is 42-36-1 since becoming coach of the Eagles prior to the 2016 season.

But there will be reported changes next season. NFL.com's Tom Pelissero said Schwartz intends to allow his contract to expire. 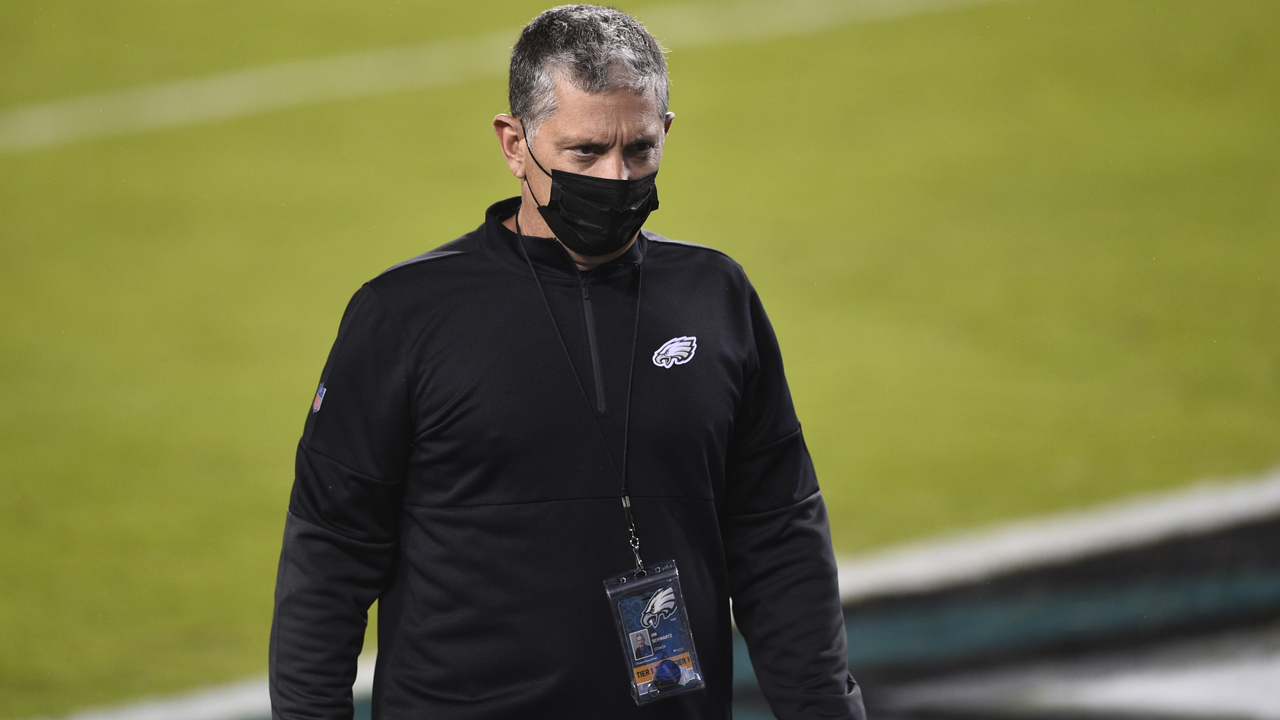 Philadelphia Eagles' Jim Schwartz walks the field before an NFL football game against the Seattle Seahawks, Monday, Nov. 30, 2020, in Philadelphia.

"(Schwartz will) take a year off from coaching in 2021 as he contemplates retirement, per sources," Pelissero said.

#Eagles defensive coordinator Jim Schwartz intends to allow his contract to expire and take a year off from coaching in 2021 as he contemplates retirement, per sources. https://t.co/w4O3KCUq0K

Sources also told ESPN's Tim McManus that Schwartz intends to take a year off in 2021.

Sources told Pelissero that after 32 years of coaching, Schwartz is telling those close to him that he is thinking of winding down his career.

"Schwartz believes it's the right time for him to step away from the daily grind, at least in the short term, per sources," Pelissero said.

"A lot of wear and tear over nearly 30 years of coaching," McManus said.

Schwartz is contemplating retirement. A lot of wear and tear over nearly 30 years of coaching. https://t.co/YtChJzNHz2

The 54-year-old Schwartz has been the Eagles defensive coordinator since 2016 and was part of the Super Bowl LII championship team. He was previously the head coach of the Detroit Lions from 2009 to 2013.

If the reports are true, the Eagles season finale against Washington on Sunday will be Schwartz's last game with the Birds.

“our relationship has evolved tremendously. I think we've been more on the same page over the years, me just getting to know him each year and understanding him as a coach and a coordinator... Our relationship's been great” https://t.co/v0n4SDZA1H pic.twitter.com/0LVaXkwpS5