WPVI
By Katherine Scott
Diehard fans caught up with a triumphant Mark Sanchez in South Philadelphia late Monday night, as the Eagles quarterback made good on a promise to stop for cheesesteaks if the Birds beat the Panthers.

And only Action News was there. 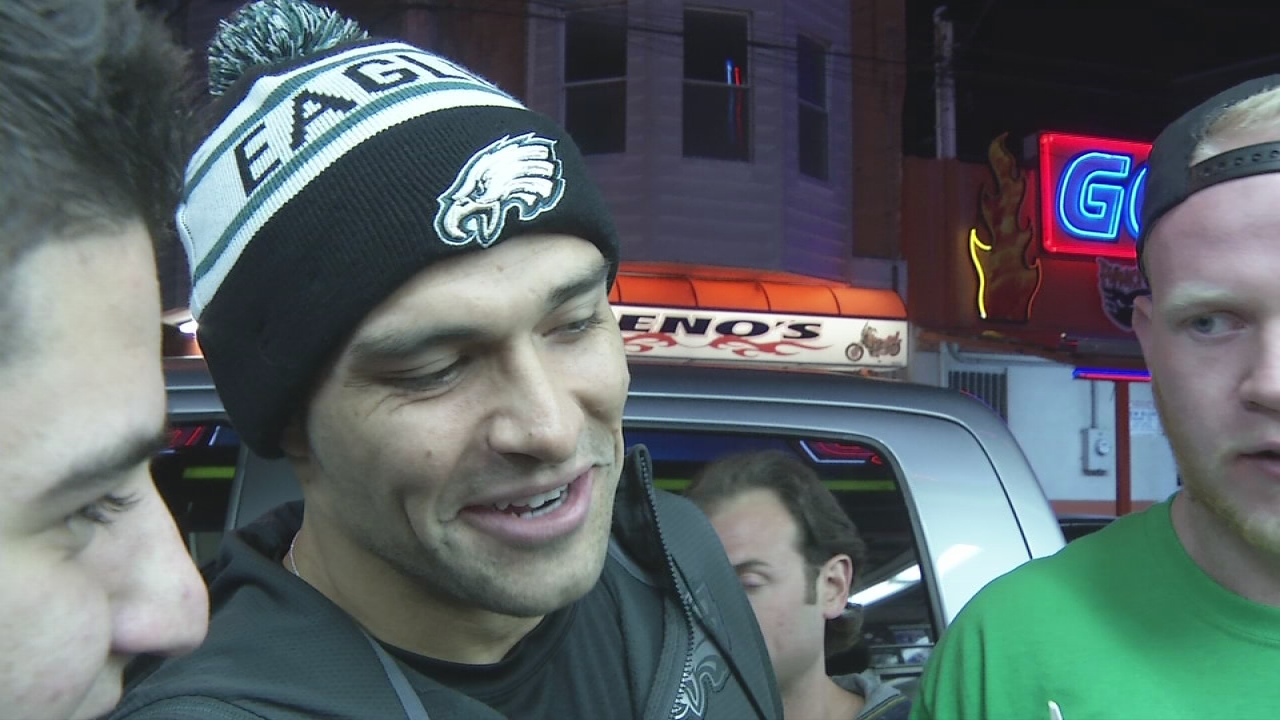 They came from around the city - and some from South Jersey - for cheesesteaks and hoping for a Sanchez sighting.

As it turns out, Sanchez had a steak from each of the legendary shops.

After his first start since December 2012, in which he threw two touchdowns on Monday Night Football against the Panthers, Mark Sanchez arrived in South Philadelphia in more ways than one.

He was welcomed here by one fan with some cheese fries.

"I want you to have my cheese fries," said the fan, offering the fries to Sanchez as he arrived.

"Thanks, brother," the QB replied.

After selfies, salutations, and one cheesesteak each from Geno's and Pat's, Sanchez left with a full stomach.

Fans left satisfied as well: with Sanchez' performance on the field, with the fact that he kept his post-game promise, and with his potential for the team.