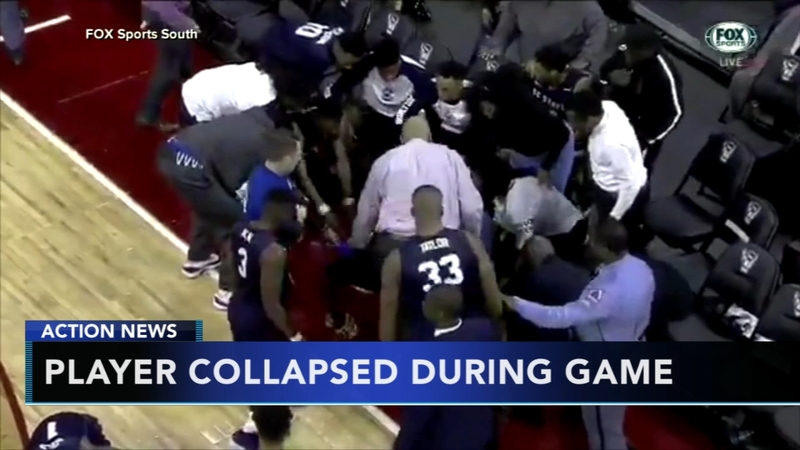 RALEIGH, N.C. -- A South Carolina State player collapsed on the court and was taken to a hospital during the first half of the Bulldogs' game Saturday at North Carolina State.

Team spokesman Kendrick Lewis says Tyvoris Solomon was "stable and conscious." Emergency medical personnel administered chest compressions before he was transported off the court on a stretcher.

Solomon collapsed near the bench at the 13:08 mark. The arena fell silent. Cries rang out from people around the Bulldogs' bench as staff members fanned Solomon with a jacket.

The game eventually resumed after a 40-minute delay. Lewis says S.C. State head coach Murray Garvin went with Solomon to the hospital. Associate head coach Rio Pitt led the team for the remainder of the game.
----------