Shaun Suisham reportedly has torn ACL, will have surgery 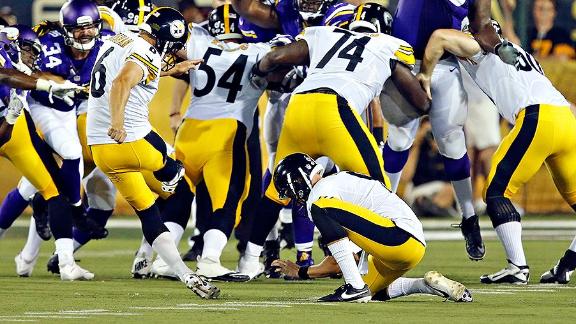 Pittsburgh SteelerskickerShaun Suishamsuffered a torn ACL in Sunday's preseason game against the Minnesota Vikings, according to multiple reports.

Suisham will undergo surgery on his left knee this week and is likely to be placed on injured reserve, ending his season, according to the reports.

Suisham, the only kicker on the Steelers' 90-man roster, suffered the injury while attempting to make a tackle on the opening kickoff of the second half.

Suisham made 90.6 percent (29 of 32) of his field goal attempts last season, tied for fifth-best in the NFL. The 11-year veteran is an 84.1 percent kicker for his career.