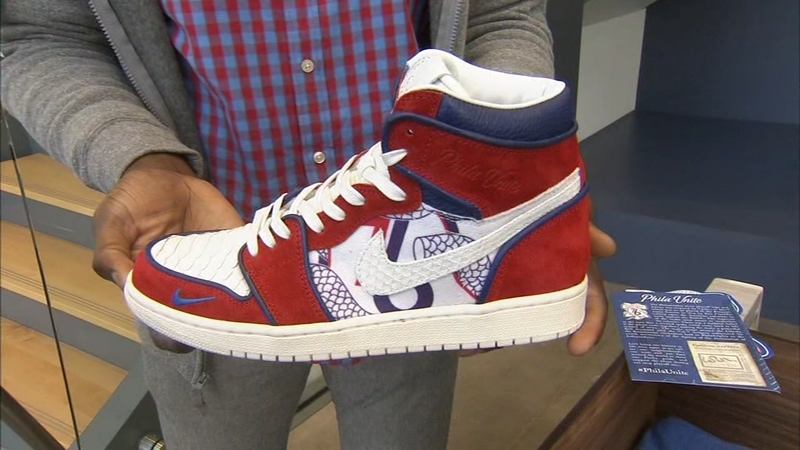 The Philadelphia 76ers playoff run starts this Saturday against the Brooklyn Nets.

And fans can show their team support by wearing the new "Phila Unite" gear.

From sweatshirts to hats to decals, everything has the logo that combines the bell, inspired by imagery from Philadelphia's 1976 bicentennial celebration, and the segmented snake, a hidden feature on the City Edition uniform that is derived from Benjamin Franklin's historically-significant political cartoon of 1754.

They also made custom "Phila Unite" Air Jordan 1s, but there are only 10 pairs available for celebrity fans.

"Yo @kevinhart4real @cj_wentz. Been working on a pair of @sixers #PhilaUnite kicks for ya. #HereTheyCome," Simmons tweeted.

In response, Wentz tweeted a GIF of a smiling SpongeBob Squarepants.

Not wanting to be left out, Phillies first baseman Rhys Hoskins tweeted eye emojis and a Chris Farley GIF at Simmons.

Simmons responded, "Got you! Gotta wear them to home game arrivals though."

Hoskins agreed, "Won't stop wearin' em til y'all bring that title back home.

Every fan attending Game 1 at the Wells Fargo Center will receive a "Phila Unite" blue t-shirt.