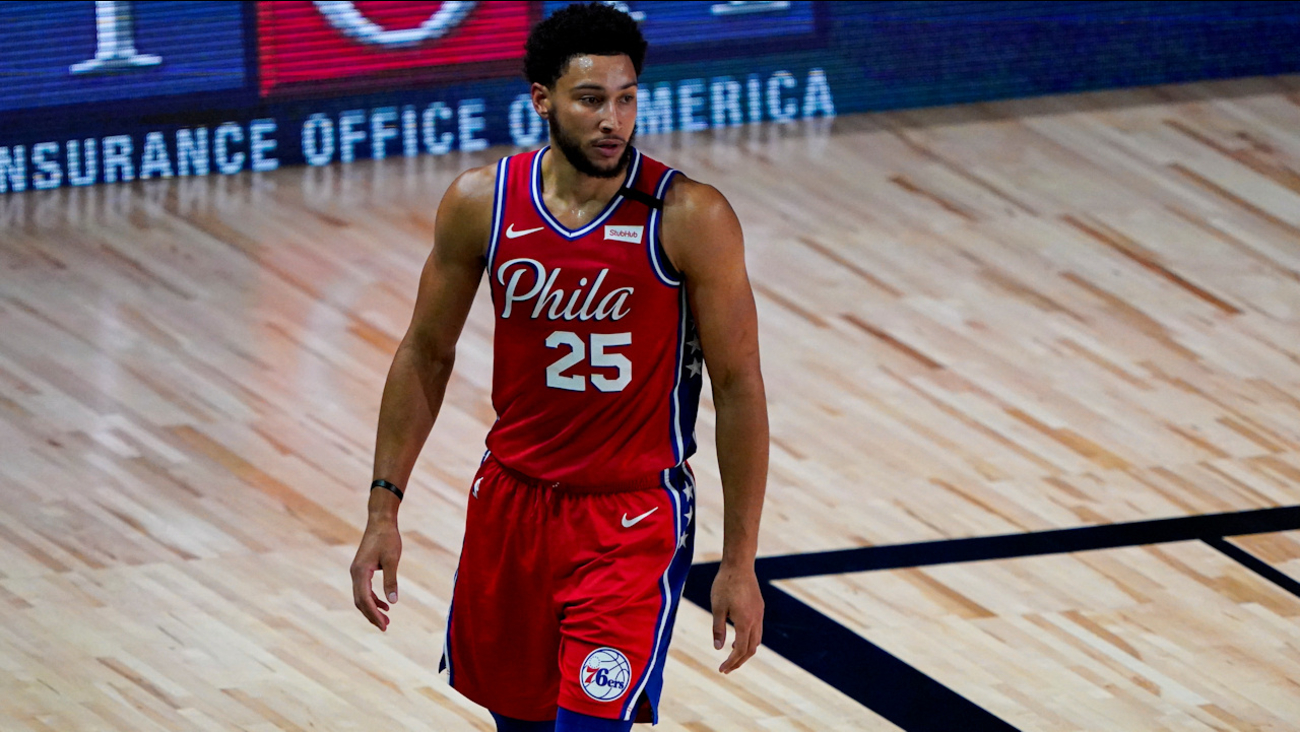 hiladelphia 76ers guard Ben Simmons (25) walks up the court during the first half of an NBA basketball game against the Washington Wizards Aug. 5, 2020 in Lake Buena Vista, Fla. (AP Photo/Ashley Landis)

The surgery is to remove a loose body in his left knee from a patella subluxation he suffered in Wednesday night's game, source told Action News Sports reporter Jeff Skversky.

🚨BREAKING: Sixers Star Ben Simmons will undergo surgery in the coming days to remove a loose body in his left knee.

Simmons will leave NBA Campus in Orlando for the surgery.@6abc pic.twitter.com/GA9VyOQgHO

The source says the decision for surgery was made after consultation with the 76ers medical staff and several specialists.

In addition, sources tell ESPN Senior NBA Insider Adrian Wojnarowski, the 76ers have not ruled out Simmons to return for this season, but a timetable for has not been determined as of yet.

"Sources say it would take a deep run into the playoffs to keep the door open on the possibility of a return --- and that's still an iffy proposition," Wojnarowski tweeted.
He continued, "For now, the Sixers need to prepare for a postseason without Simmons."

Simmons was injured during the third quarter of Wednesday's 107-98 victory over the Washington Wizards. After he grabbed an offensive rebound, he slowly dribbled to the corner in front of the Sixers' bench and flipped a pass to Al Horford. As a whistle blew to stop play, Simmons turned, flexed his left leg and touched the back of it. He walked directly off the court and back to the team's locker room.

He was soon joined there by Sixers general manager Elton Brand, and was later shown on television, walking gingerly as he left the arena before the game ended.

A subluxation of the patella means that the kneecap popped out of place but returned on its own.
----
ESPN contributed to this report
Report a correction or typo
Related topics:
sportsphiladelphia 76ersben simmons
Copyright © 2020 WPVI-TV. All Rights Reserved.
More Videos
From CNN Newsource affiliates
TOP STORIES