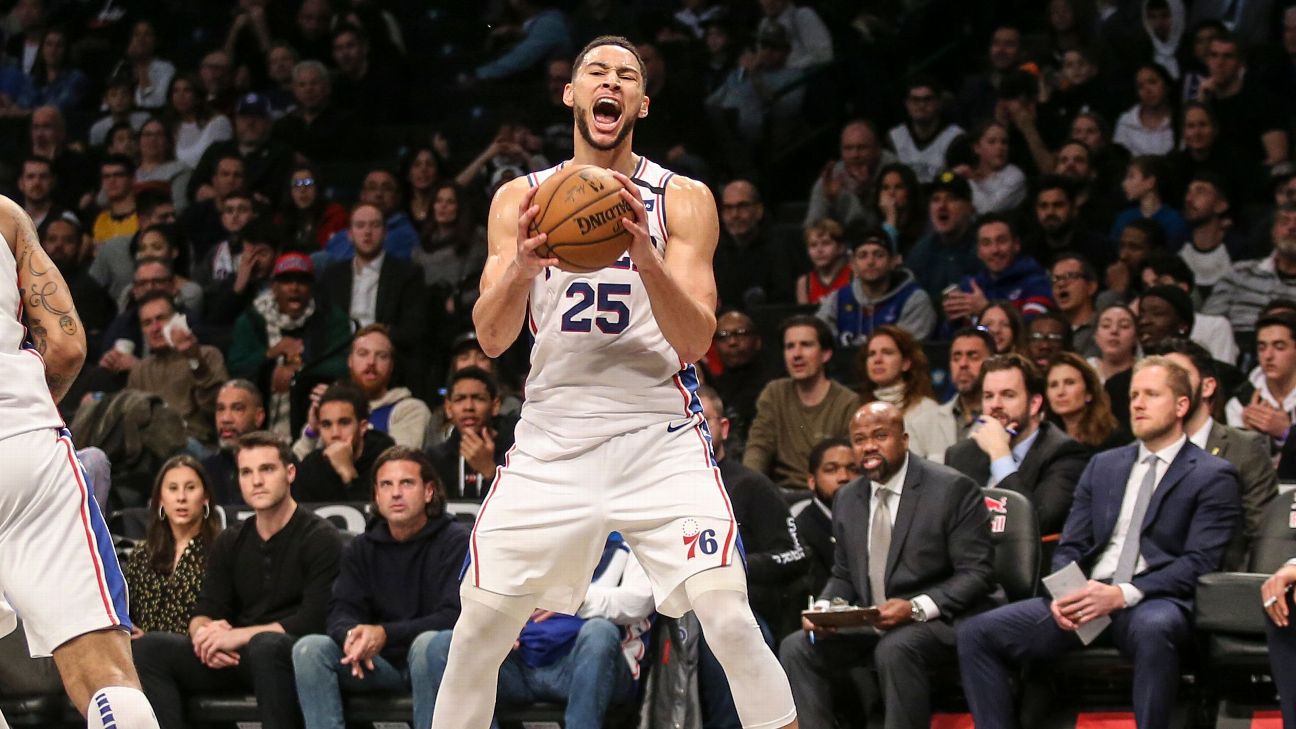 ESPN
By Malika Andrews
NEW YORK -- Usually, Ben Simmons unleashes one of his roars after a particularly ferocious dunk. On Monday afternoon against theNets, though, he let out his signature scream while otherwise calmly dribbling the ball up the court. He was just having that good of a night.

"I just came in with that mindset to win," said Simmons, who tied his career high with 34 points.

The cherry on top? He was named Eastern Conference Player of the week midway through the Sixers' 117-111 victory over the Nets, their fourth win in a row.

"I would've given him that for the second half of this game," Sixers coach Brett Brown said. "He just peppered the stat sheet all over the place. But what I see is his spirit, body language, his facial expressions. They reeked of, 'We're going to win, and you guys hang on to me and I will carry you.'"

Simmons didn't just do one thing particularly well on Monday -- he was everywhere, finishing with 12 rebounds, 12 assists and 5 steals. It was Simmons' first career 30-point triple-double.

Simmons joins James Harden, Chris Paul and LeBron James as the only players over the past 20 seasons with a 30-point triple-double and five steals in the same game.

According to ESPN Stats & Information research, Simmons scored or assisted on 65 of the 76ers 108 points when he was on the floor. He also went 12-for-14 from the field. His 86% field goal percentage is the highest in a triple-double this season.

"He dominated from the start of the game," Tobias Harris said. "(He's a) huge reason why we won this game. He was everywhere tonight. His energy, especially in the third quarter. It was big-time."

The game came down to the fourth quarter. With two minutes left, the Nets trailed the Sixers by a single point. For a few key possessions, Philadelphia's missed shots kept Brooklyn in the game. Harris took aim from beyond the 3-point arc and missed on two separate possessions. Finally, Al Horford made a three to push Philadelphia's advantage to four.

In the end, Harris and Simmons scored or assisted on eight of the Sixers' 11 clutch-time points. The loss drops the Nets to 18-24 overall and 13-14 in games without Kyrie Irving.

"We don't really have time for a mental struggle," Nets' Spencer Dinwiddie said. "Obviously, our season has been very up and down with injuries. We have to continue to come together as a group. Our focus can't be external; it has to be internal." 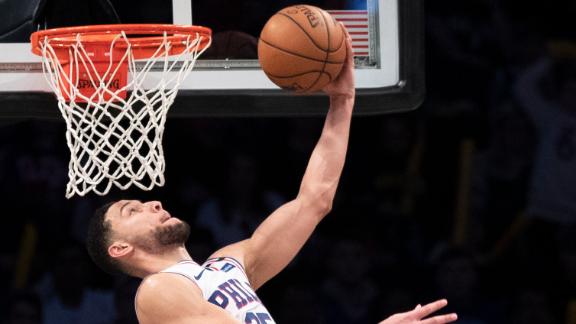 Simmons dominates Nets with 34-point triple-double
Ben Simmons does it all against the Nets, racking up a career-high 34 points to go with 12 assists, 12 rebounds and five steals in the 76ers' 117-111 win.
Report a correction or typo
Related topics:
sportsespnnewsben simmonsphiladelphia 76ersnba
Copyright © 2020 ESPN Internet Ventures. All rights reserved.
More Videos
From CNN Newsource affiliates
TOP STORIES