Sixers look to bounce back at home against Grizzlies 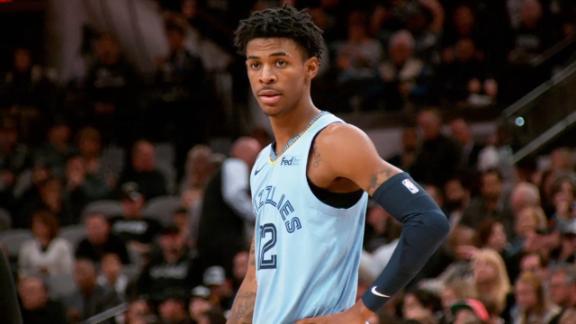 The Philadelphia 76ers will look for their 23rd win in 25 games at home when they host the Memphis Grizzlies on Friday.

The Sixers, however, will enter this matchup after being swept on a four-game road trip, which concluded with a 112-101 loss to the Milwaukee Bucks on Thursday.

Tobias Harris scored 25 points while Joel Embiid had 19 points and 11 rebounds but shot 6 of 26 against the Bucks.

Before this latest loss, the Sixers tweaked their roster with several moves before the trade deadline. The Sixers added Glenn Robinson III and Alec Burks from the Golden State Warriors, traded James Ennis III to the Orlando Magic and waived Trey Burke.

Philadelphia had to make adjustments with a 9-19 road mark and lingering tension inside the locker room.

"There's some stuff going on in our locker room and we'll all keep that internal," Al Horford said. "But we all know we need to be better. We need to step it up."

One day after the Super Bowl, in which Embiid and Ben Simmons reportedly attended the game with some members of the ownership group, the Sixers were crushed by the Miami Heat, 137-106.

From there, questions swirled about the fate of head coach Brett Brown.

"I look forward to coaching them," Brown said. "When it gets to an epidemic stage, this thing you are talking about, I'll admit that. I don't see that at all right now."

Embiid recently missed nine games with a torn ligament in his left ring finger, but he's healthy and available now.

"We haven't been winning," Embiid said. "Our offense has not been good. But I always say, coaches aren't out there to make shots for us. They don't make plays."

The Grizzlies will enter this matchup with a 26-25 record and can pull even at .500 on the road with a win.

Before the trade deadline, the Grizzlies shipped Andre Iguodala to the Heat as part of a six-player deal that had other moving parts. Memphis was also to receive Dion Waiters, Justise Winslow and James Johnson. The Grizzlies also acquired Jordan Bell from the Houston Rockets.

In their most recent game, the Grizzlies came away with an impressive 121-107 victory Wednesday on the road against the Dallas Mavericks.

Ja Morant led the way with 21 points, Tyus Jones and Jaren Jackson Jr. contributed 19 each and Memphis came away with a winning record heading into Philadelphia.

It was the 13th victory in the last 16 games for the Grizzlies, who remain in playoff contention in the highly competitive Western Conference.

"They believe in each other. They believe in their teammates," Memphis head coach Taylor Jenkins said. "I know that's kind of cliche to say, whatever, but it's the fact."

The Grizzlies will have a daunting challenge in trying to become just the third team to win at Philadelphia. After going through as much adversity as they have already, anything is possible.

"We just tell everybody in the locker that it's time to be a pro," Jackson told the Memphis Commercial Appeal. "We have to show why we're here. It's not just about playing hard and everything like that. At the end of the day, this is our job."