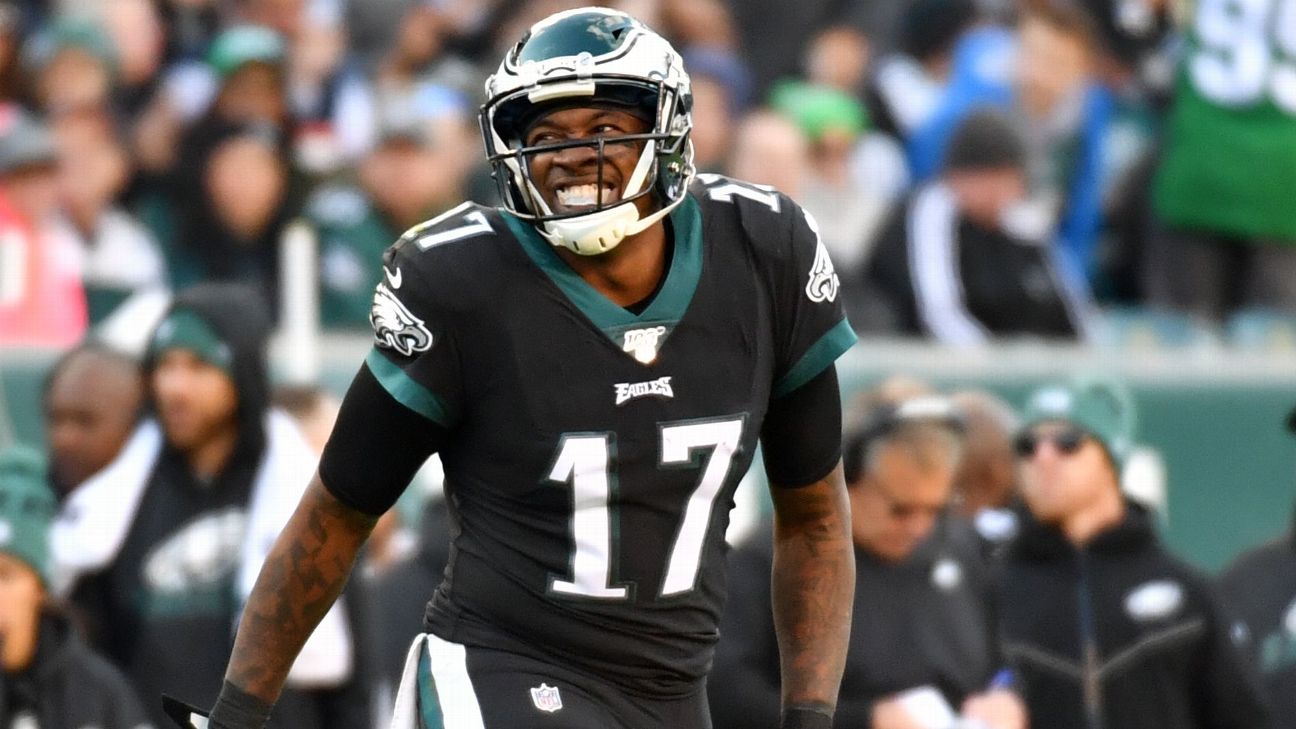 PHILADELPHIA --Eagles wide receiver Alshon Jeffery will miss the rest of the season with a foot injury suffered in Monday's victory against the Giants, a source confirmed to ESPN's Adam Schefter.

The injury left Carson Wentz with just two active receivers for the rest of the game: JJ Arcega-Whiteside and Greg Ward. With Nelson Agholor still dealing with a knee injury, the Eagles are expected to make a move at receiver in the near future. They have three receivers on their practice squad, including Marken Michel, who had a strong offseason for the Eagles. Michel is the brother of Patriots running backSony Michel.

"We're going to work through that today and try to get something in place here pretty quick, and we're back on the field [Wednesday]," Pederson said.

Eagles offensive lineman Lane Johnson, meanwhile, is week-to-week with an ankle injury, Pederson said. Halapoulivaati Vaitai replaced him at right tackle Monday and appears to be the leading candidate for the job moving forward.

NFL Network first reported that Jeffery would miss the rest of the season. 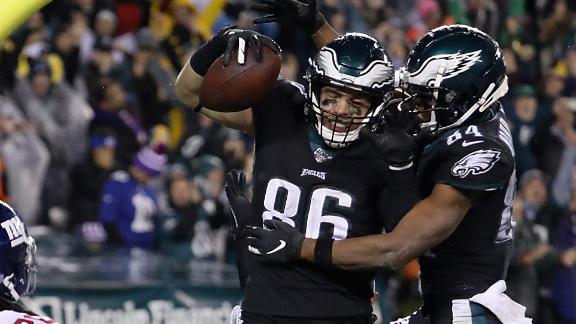