The Big Ten's council of presidents and chancellors will meet Sunday to review the latest medical information and possibly vote again on when the fall football season can begin, sources told ESPN.

The medical subcommittee of the Big Ten's return to competition task force met Saturday with a smaller group of eight presidents and chancellors, who pushed the process forward for a possible revote as early as Sunday.


Saturday's presentation focused on the medical information, but Sunday's meeting will broaden the focus to include how to start, when to start, and the medical thresholds that must be met in order to return. Specific return dates are expected to be discussed, according to a source.

The Big Ten on Aug. 11 postponed its fall sports season, including football, because of concerns around the coronavirus pandemic.

The initial vote was 11-3 to postpone, with only Nebraska, Ohio State and Iowa electing to push forward with fall sports. Six presidents must change their Aug. 11 vote to exceed the 60% threshold required by Big Ten bylaws.

The medical subcommittee, co-chaired by Penn State athletic director Sandy Barbour and Ohio State lead team physician Dr. Jim Borchers, will present the presidents with at least four rapid response antigen tests that could allow Big Ten teams to test daily for the coronavirus and significantly decrease the amount of necessary contact tracing. The latest information about myocarditis and its occurrence in athletes who test positive for COVID-19 also is expected to be shared, sources said.

"It's light-years different than it was five weeks ago," a conference source told ESPN on Friday.


Big Ten commissioner Kevin Warren and the league have received significant backlash since the initial decision to postpone, as coaches, players, parents of players and politicians all have weighed in. President Donald Trump spoke with Warren last week about testing and other areas to get Big Ten football started as soon as possible. But any reversal of the initial vote would be based on updated medical information, sources said. The Big Ten fall season was set to kick off Sept. 3 before the postponement.

If the presidents vote to start the fall football season, the earliest time frame for kickoff would be mid-to-late October. A key factor is how quickly the conference determines a testing agreement and when supplies can be in place. Sources said it's also possible not all Big Ten schools choose to play a fall season.

"Someone's got to be strong and make a decision," a Big Ten source said. "Put a nail in it, put a pin in this thing and let's go."

A Pac-12 source told ESPN on Friday that the league is in communication with the Big Ten, but the Pac-12's timeline remains dependent on several factors, including governmental approval to return to campus in California and Oregon.

Pac-12 commissioner Larry Scott has said he has spoken to Warren with the hopes they could align their return, but conceded it "may or may not work out." 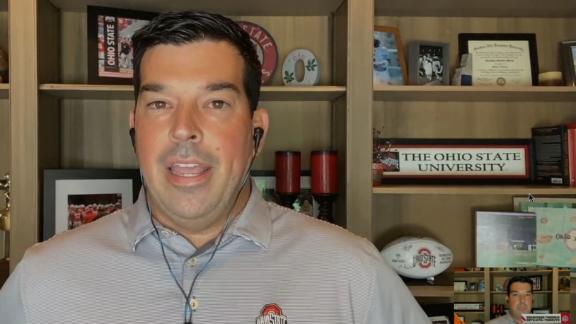