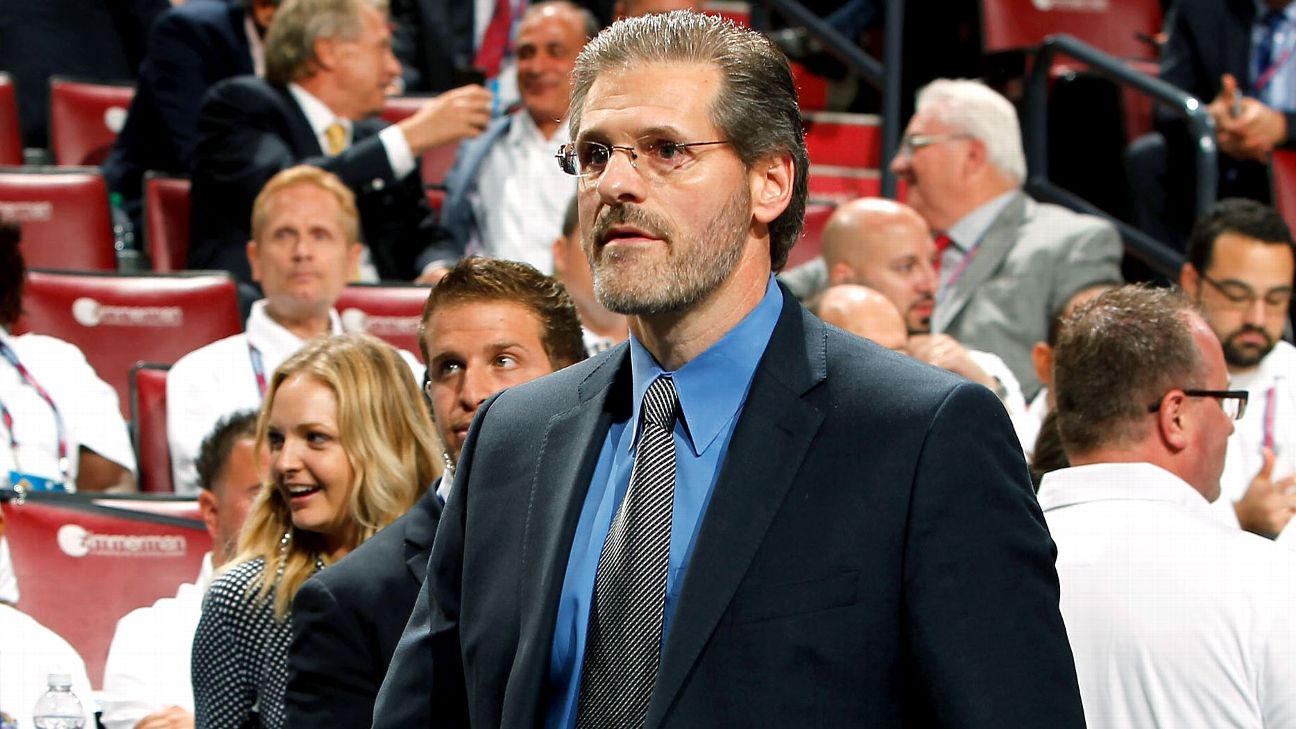 Many expected the Philadelphia Flyers to shake things up after an embarrassing loss to the Toronto Maple Leafs on Saturday night. Few expected the shake-up to be this monumental: Ron Hextall, the team's executive vice president and general manager, was firedon Monday morning.

Team president Paul Holmgren indicated that it wasn't just the fortunes of the team that were a catalyst for Hextall's dismissal, but rather an impasse between upper management and the general manager on the proper direction for the Flyers.

"We thank Ron for his many significant contributions, but it has become clear that we no longer share the same philosophical approach concerning the direction of the team. In light of these differences, we feel it's in the organization's best interests to make a change, effective immediately," said Holmgren in a statement.

Hextall, whose goaltending and tenacity made him one of the franchise's most popular players, was hired by the Flyers in July 2013 as assistant general manager and director of hockey operations under Holmgren. In May 2014, he was promoted to general manager after Holmgren ascended to the team's presidency.

The Flyers made the playoffs twice under Hextall's leadership in 2016 and 2018, losing in the first round both times. They went 165-128-58 overall while he was general manager. He fired coach Craig Berube after the 2014-15 season and hired former University of North Dakota coach Dave Hakstol to replace him -- a controversial move not only because of Hakstol's lack of NHL experience, but because it continued Hextall's curious trend of hiring people who had previously coached his son. Brett Hextall played at North Dakota for three seasons.

That hiring aside, Hextall had been praised for building a solid core in Philadelphia, including draft picks like Ivan Provorov, Travis Konecny, Nolan Patrick and Carter Hart; and for showing restraint in not dealing away other pieces when the team was struggling. He also locked up young players like Shayne Gostisbehere and Sean Couturier with cap-friendly contracts.

But his inability to solidify the goaltending position -- ironic, given his prowess as a player -- helped hold the Flyers back during his tenure, and may have been his undoing this season from an on-ice perspective. Hextall is the franchise's all-time leader in wins by a goalie with 240. But the Flyers are averaging 3.57 goals against per game, which ranks 29th out of 31 teams.

Off the ice, there were clearly issues between Hextall and management. Perhaps it's no surprise that this move was made after a 6-0 loss to the Leafs on Hockey Night In Canada, a game that saw the Flyers play without a penalty -- which surely didn't sit well with the old-school hockey guys like Holmgren and Bobby Clarke in upper management. There's a perception they have about what the Flyers should look like; when's the last time a Flyers team had just two major penalties through 23 games in a season?

So what are the next steps? "I have already begun a process to identify and select our next General Manager, which we hope to complete as soon as possible," said Holmgren in his statement.

While there's no word on how long that process might take, immediate speculation was that Dean Lombardi would be part of that candidate pool. The former general manager of the Los Angeles Kings, who led them to two Stanley Cup wins, has been serving as a senior adviser to the general manager under Hextall, who was his protégé with the Kings.
Report a correction or typo
Related topics:
sportsespnron hextallphiladelphia flyers
Copyright © 2020 ESPN Internet Ventures. All rights reserved.
More Videos
From CNN Newsource affiliates
TOP STORIES