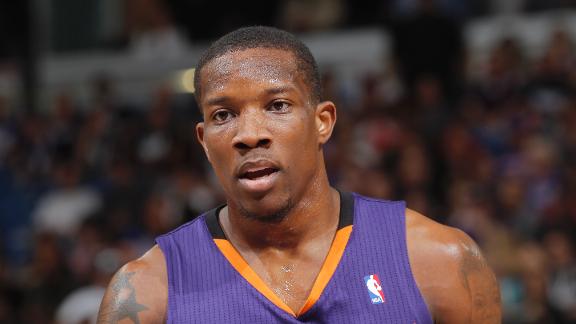 The Phoenix Suns remain confident that Eric Bledsoe, one of the most talented free agents remaining on the market, will re-sign with the team.

"We'll continue to work as hard as we can within that restricted free-agency system established by the collective bargaining agreement," Babby said, according to The Arizona Republic. "We continue to hope and expect that he will remain in a Suns uniform."

The thought that the Suns will match any offer Bledsoe receives from a competing club has deterred teams from aggressively pursuing the 24-year-old point guard. Phoenix has thus far refused to discuss potential sign-and-trade opportunities.

But the Suns' completion of a sign-and-trade deal for Isaiah Thomas and the drafting of point guard Tyler Ennis have potential suitors thinking that Phoenix may move on from Bledsoe, league sources said.

As for Phoenix's potential backcourt logjam of Bledsoe, Thomas and Goran Dragic, coach Jeff Hornacek envisions the Suns having an advantage with what he called "a three-headed monster" at point guard.

"There's going to be two of those guys on the court at all times," Hornacek said Monday. "When that happens, teams are going to really have to plan for that."

Bledsoe averaged career highs of 17.7 points, 5.5 assists and 4.7 rebounds last season, his first with the Suns.

ESPN The Magazine's Chris Broussard and The Associated Press contributed to this report.