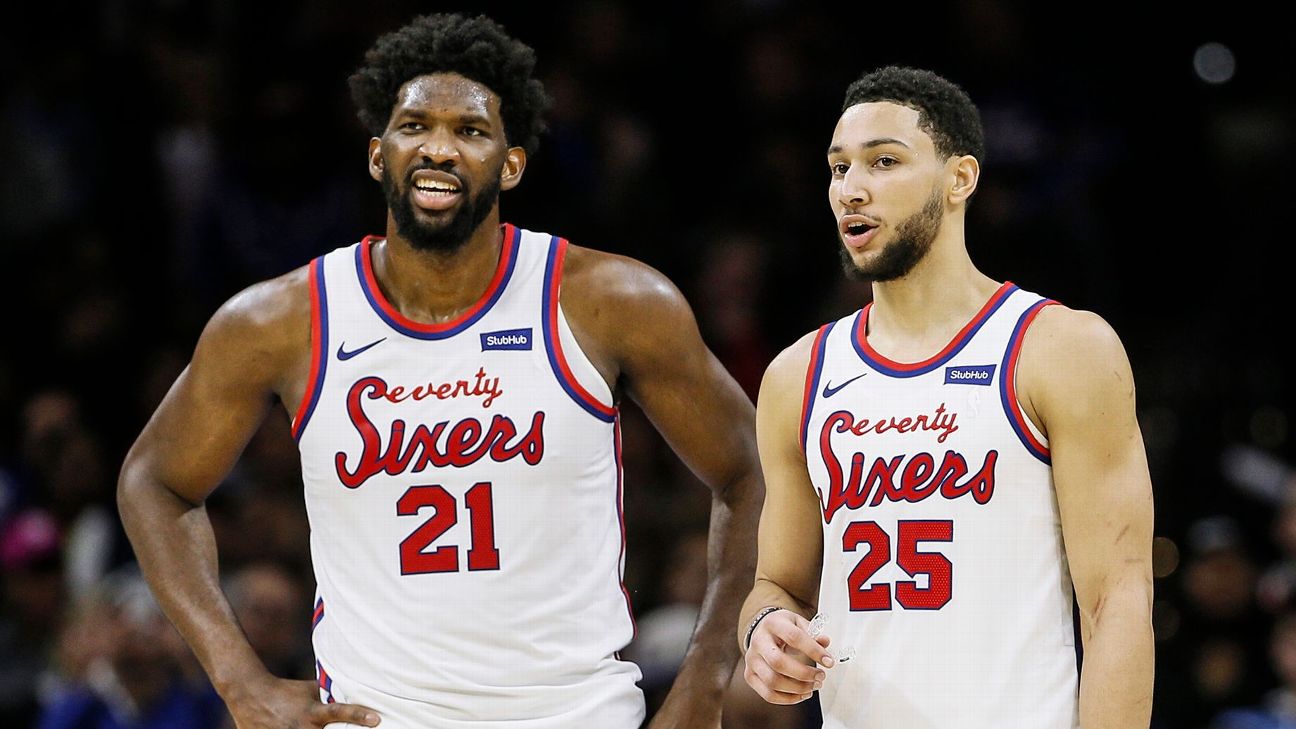 ESPN
By Kirk Goldsberry
The fifth-place Philadelphia 76ers are underperforming, and the spiciest take surrounding the team right now is that its two young superstars can't play together. But is that true?

A quick look at recent Sixers history reveals that Ben Simmons and Joel Embiid can be an awesome duo. During 1,306 minutes with both on the floor in 2017-18, here's how Philly performed:

That's a better net rating than this season's league-best Milwaukee Bucks, who host Philly on Saturday (8:30 p.m. ET on ABC and the ESPN App). And of the 142 duos that played more than 1,000 minutes, no pairing posted a higher net rating. Not bad, right?

Not as dominant, but still pretty good. Now for this season:

Embiid is 25. Simmons is 23. They're still getting better. Yet just when we would expect them to be jelling into a sustainable juggernaut, they're sputtering, especially on offense. But the biggest question in Philadelphia shouldn't be if these two fit. It should be: Why were their offensive numbers so much better two years ago?

Here's the thing: Ever since general manager Sam Hinkie left town four years ago, the Sixers have been in a perpetual state of renovation. Front-office executives Bryan Colangelo and Elton Brand both tinkered with the roster so much that Simmons, Embiid and Furkan Korkmaz are literally the only dudes left who suited up for the team in 2017-18. And some of these new ingredients aren't meshing that well.

While big names such as JJ Redick and Jimmy Butler have come and gone, championship expectations have stayed put, and Simmons and Embiid are making the best of never-ending incontinuity, both developing into All-Stars in spite of the roster flux.

Last summer, after the Sixers lost a heartbreaking seven-game series to the Toronto Raptors, the front office once again overhauled the entire team, with six of the top eight players in minutes departing. So the amount of condemnation that falls on this star pairing rather than the executives who drastically rearranged everything around them is strange.

Both Simmons and Embiid fielded endless questions about their chemistry during All-Star Weekend. One of Embiid's answers was particularly astute:

"I think it's B.S.," Embiid said, "because when you look at the last couple years, the last two years that we've been playing together, it's not a problem. This year it's only been a problem because our offense has struggled."

The man knows what he's talking about.

Building an NBA team around Simmons and Embiid presents an enticing but challenging front-office opportunity. While both guys are among the best young players in the game, they bring limitations that executives need to account for.

Simmons is arguably the best young two-way playmaker in the world. He's 6-foot-10 and he can do it all ... well, except for that one pesky thing that's the most important backcourt skill in the game right now.

He can't shoot. He won't shoot. He doesn't shoot. Everybody knows that at this point. As a result, any team with Simmons running point is necessarily a team with a shooting deficit in its backcourt. Like the Bucks have done with Giannis Antetokounmpo, building around Simmons requires compensating for his lack of shooting elsewhere in the rotation -- something this current roster fails to do.

But anybody who labels Simmons as an overall detriment to team 3-point production is missing half the story. Yes, he's a non-shooter, but he's also one of the most gifted shot creators in the world.

So far this year, Simmons has created 130 more catch-and-shoot 3-point attempts via the pass than any other player in the league, according to Second Spectrum tracking data. By assisting on 221 made 3s, he's created more triples than only one shooter (James Harden) has made individually.

This 3-point creativity is a major gift, but to fully leverage that gift, any team with Simmons running point is necessarily a team that needs to surround him with elite shooters. Two years ago, Simmons shared the court with off-the-ball, catch-and-shoot specialists such as Redick, Dario Saric, Marco Belinelli and Robert Covington. But this year's team is lacking in that department.

While Korkmaz has been a nice surprise, he's no Redick. Neither is Josh Richardson, who the Sixers were hoping could emerge as the starting group's new big 3-point threat. Instead, he's been a below-average perimeter threat. In fact, four of the team's six most active 3-point shooters convert their shots at below-average rates, despite playing alongside arguably the league's best 3-point shot creator.

Not only do the Sixers rank 21st in 3-point productivity, nobody on the roster can create his own shots from downtown. Unassisted 3s are among the fastest-growing shot types in the league, but through 55 games, Philly has made only 34 of them. That's by far the smallest number in the league, and it's fewer than 25 NBA players individually. Folks, that's not good.

Then there's Embiid, who at 25 is the most complete two-way big man in the game and the self-proclaimed best player in the world. Even with his injury history, he should be destined to thrive as the cornerstone center of the franchise for years to come.

He's the most active post player in the NBA, and like Simmons, he is at his best near the basket. In tandem, these guys demand spacing and off-ball complements capable of stretching the floor and knocking down open shots on the edges of the court. In other words, they need teammates who can just get out of the way.

The 2017-18 Sixers had those kinds of guys. Their most common five-man lineup included Simmons, Embiid, Covington, Saric and Redick -- a group that played over 600 minutes together and absolutely torched the competition, outscoring opponents by more than 20 points per 100 possessions. No other NBA lineup that played that many minutes was even half as effective. That spacey lineup yielded more than 115 points per 100 possessions. None of Philly's top three most-used lineups this season even exceeds 106. Uh-oh.

This team has too many high-usage cooks in the kitchen, and it's showing up in the food. One big reason the Sixers rank 20th in offense this season is that they get in each other's way. You might think a team including Simmons, Embiid and Al Horford would dominate the paint, but this one doesn't. The Sixers rank 20th in the NBA in points in the paint and 19th in free throw rate. They struggle inside, they struggle outside and they lack any signature offensive identity.

Championship teams not only have great players, they also feature great chemistry. That's the issue here, and the proof is in the numbers, which suggest the team's biggest offseason acquisition is not a good fit next to Philly's two phenoms.

There's no question that Horford is a great NBA center, but does his greatness fit well next to the best young center in the league? How many great centers do you need in 2020? At this point, it's fair to question the wisdom of paying more than $100 million for a 34-year-old center when your roster already features two of the league's largest, most overwhelming and challenging star pieces to build around.

In Thursday's come-from-behind overtime win over the Brooklyn Nets, Horford came off the bench for the second straight game. It didn't work. The Nets outscored the Sixers 59-33 in the 19 minutes Horford was on the court. Philly won because it outscored Brooklyn 79-45 when Horford sat. Yikes.

Thursday night was just another data point suggesting the Horford move isn't working. Check this out:

But this is not an indictment on any of the individual players. This is a reminder that not all combinations of great talent result in great teams. How can anyone be sure that Simmons and Embiid don't work when the on-court environment works against them like this?

If there's any good news for Philly here, it's that it's still February. The defense looks great, and the Sixers are the best home team in the league. If they can figure out lineups and tactics that improve the offense even marginally, they still represent a legitimate threat to come out of the East.

If they can't, well, maybe another big dose of offseason tinkering can fix it. 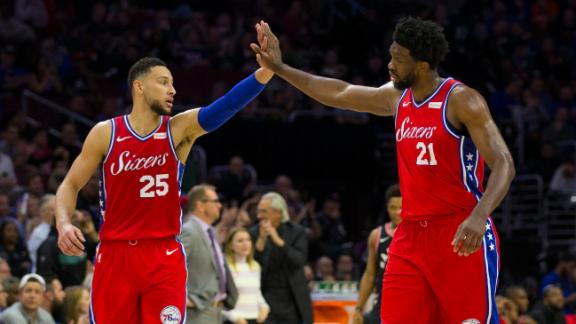 The Sixers' offensive issues are not what you think
The common refrain when the 76ers' offense struggles is that Ben Simmons and Joel Embiid can't play together. Here's why that's incorrect. 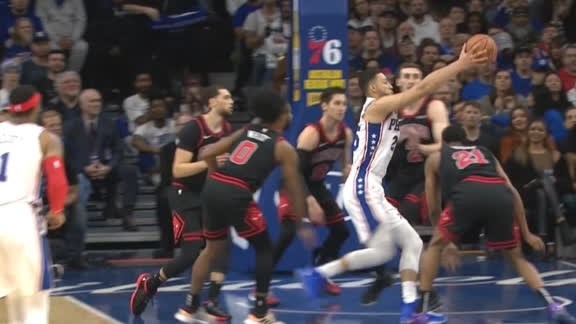 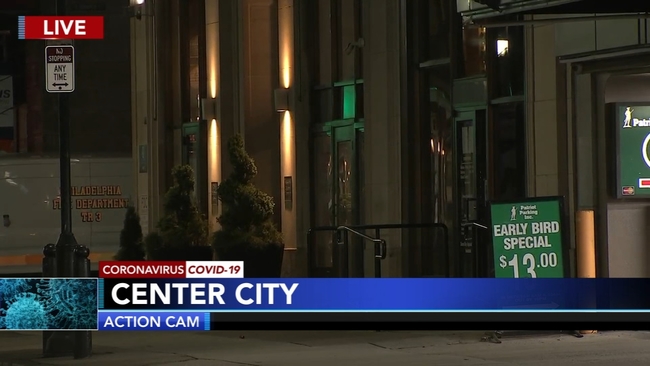