Trout elated to stay an Angel 'for years to come' 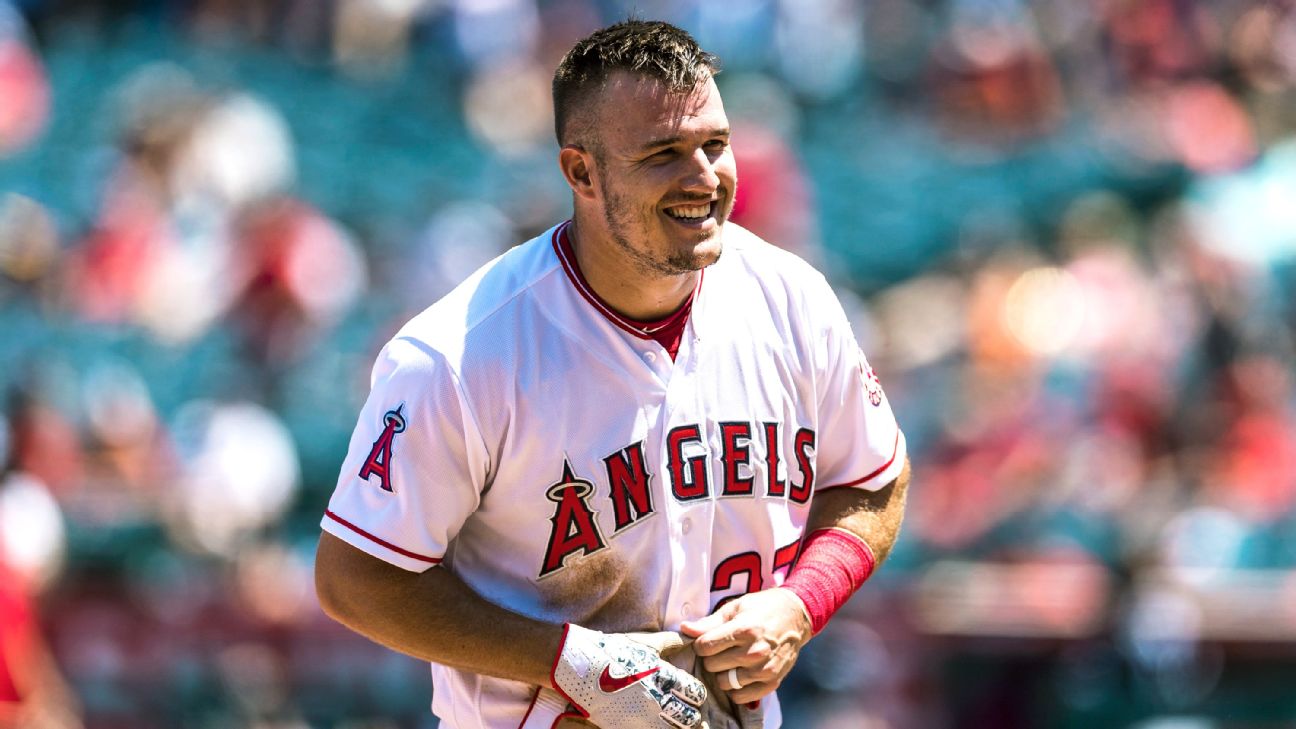 ANAHEIM, Calif. -- Mike Trout and the Los Angeles Angels officially announced their 12-year contract, a record deal that keeps baseball's top player with Los Angeles for what likely will be the rest of his career.

The contract is worth more than $430 million, sources told ESPN's Jeff Passan on Tuesday, and is more than 30 percent larger than the 13-year, $330 million deal Bryce Harper signed with the Philadelphia Phillies on March 2 and bests boxer Canelo Alvarez's deal with DAZN by more than $65 million.

The Angels will celebrate with a public appearance by Trout outside of Angel Stadium on Sunday when the team returns from spring training for the first of three exhibitions against the Dodgers. Fans are invited to welcome home the two-time AL MVP, who already ranks among the most accomplished players of his generation.

"This is where I wanted to be all along," Trout said in a team release Wednesday. "I have enjoyed my time as an Angel and look forward to representing the organization, my teammates and our fans for years to come. I want to thank Arte and Carole Moreno for their efforts. Their leadership and commitment to winning played a key role in my decision. Thanks also to my teammates, coaches, John Carpino, Billy Eppler and his Baseball Operations staff, the entire front office and Angels fans for all their support. It has made a tremendous difference not only for me, but for my family as well!"

Moreno avoided two seasons of uncertainty over his superstar center fielder's future by shattering the record for the biggest financial commitment to a player in North American team sports history.

"This is an exciting day for Angels fans and every player who has ever worn an Angels uniform," Moreno said. "Mike Trout, an athlete whose accomplishments have placed him among the greatest baseball players in the history of the game, has agreed to wear an Angels uniform for his entire career."

Trout was due to be a free agent following the 2020 season, at which point he was expected to set off a frenzied bidding war among the large-market teams in the game. The clamoring already had begun, with Harper lobbying for Trout to join him in Philadelphia, 45 miles from Trout's hometown of Millville, New Jersey.

The Angels have nullified that possibility by ripping up the final two seasons of his six-year, $144.5 million deal and replacing it with the new 12-year deal through the 2030 season, sources told ESPN.

Los Angeles also is coming off three consecutive losing seasons for the first time since 1992-94, but the Angels' progress under general manager Billy Eppler was enough to persuade Trout to take the deal.

The Angels have made the playoffs just once in Trout's seven full big league seasons, which coincide with Albert Pujols' seven-year tenure with the Halos. They were swept by Kansas City in the Division Series in 2014.

The Angels now have two impressive cornerstones in place with Trout and AL Rookie of the Year Shohei Ohtani, who will return as their designated hitter at some point this season. Ohtani won't pitch until 2020 after undergoing Tommy John surgery, but the 24-year-old two-way star is tied to the Angels for at least five more seasons.

"I'm really happy and excited to play with such a great player for a long time,'' Ohtani said through an interpreter. "If anyone deserved such a big contract, it's Mike.''

Information from ESPN's Jeff Passan and the Associated Press was used in this report. 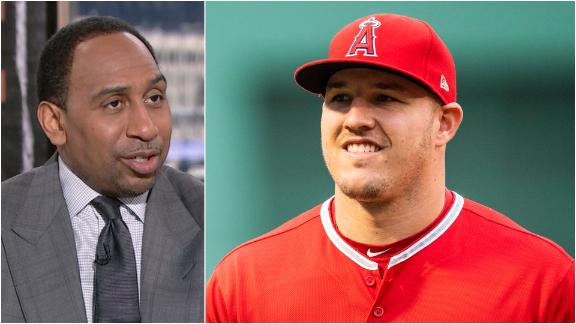