Undefeated UCF ranked No. 9, ahead of Ohio State in latest CFP rankings 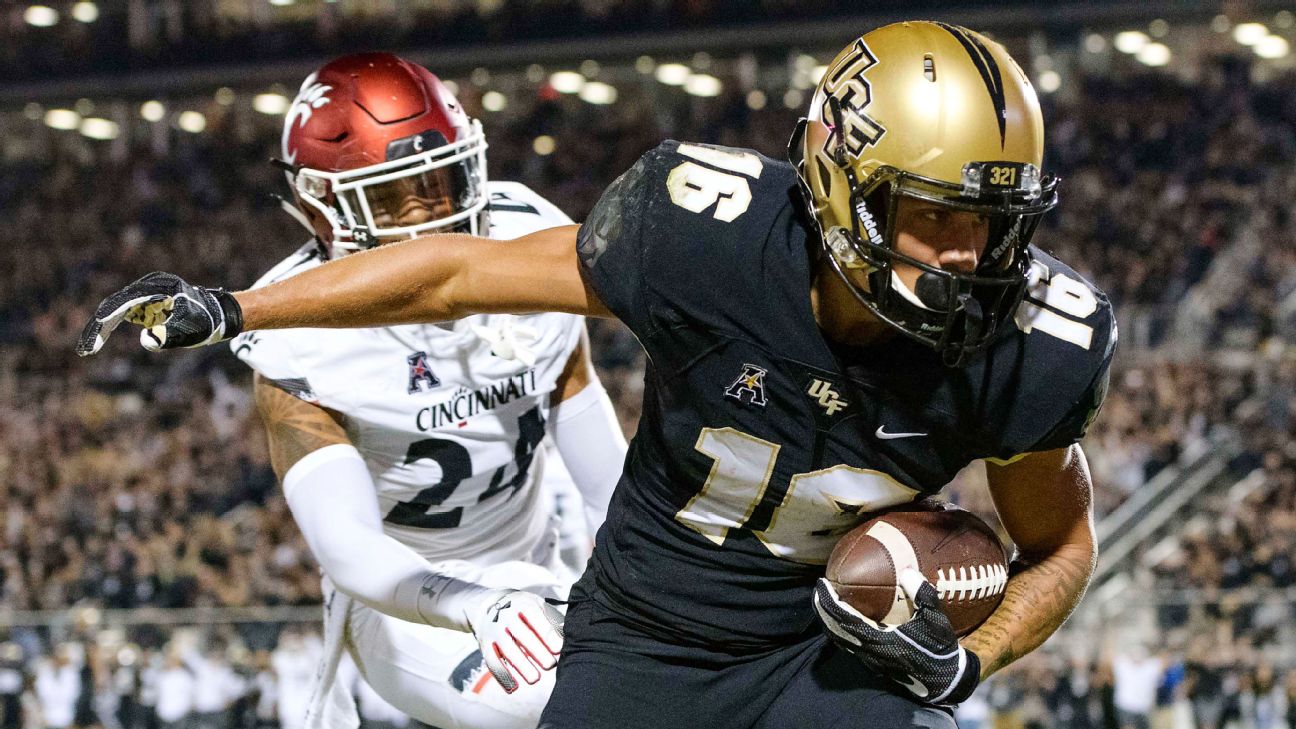 The undefeated Knights jumped one spot ahead of No. 10 Ohio Statein the latest rankings released Tuesday night. It is the highest spot by a Group of 5 member in the history of the CFP. UCF andLSUare No. 8 in this week's AP poll.

The Knights, No. 11 last week, crushed previously ranked Cincinnati 38-13 on Saturday, while the Buckeyes needed overtime to dispose of Maryland.

"We spent considerable time talking about UCF and Ohio State," committee chair Rob Mullens told ESPN on Tuesday night. "While UCF may not have the depth of talent of Ohio State, the committee felt that right now, today after Week 12, UCF has the more all-around, complete team."

No. 1 Alabama, No. 2 Clemson, No. 3 Notre Dameand No. 4 Michiganall maintained their spots in the rankings.

As with last week, No. 5 Georgiaand No. 6 Oklahomasit patiently, awaiting their chance to pounce into the semifinals. No. 7 LSU and No. 8 Washington Statealso stand firm.

Mullens was asked why the Cougars didn't make up any ground, despite crushing Arizona 69-28. The Sooners, on the other hand, had a tougher-than-expected time with Kansas in a 55-40 win.

"We spent considerable time talking about 6, 7, 8," Mullens told ESPN. "Obviously saw what Washington State did, putting up 55 points in the first half against Arizona. But again, looked at Oklahoma and that dynamic offense, and while their defense may still be struggling, their offense is carrying the day and still finding a way to win with their quarterback [Kyler Murray] being so dynamic."

The Buckeyes were the only team outside the top eight to maintain their spot.

The Bearcats fell out of the rankings after the loss to UCF, as did Boston College, which fell to unranked Florida Statelast week. No. 25 Iowa Statehad the biggest tumble -- nine spots -- after a 24-10 loss to No. 14 Texas. No. 20 Syracusedropped eight spots after the high-powered Orange offense failed to show up in a 36-3 loss to the Irish at Yankee Stadium.

West Virginiafell four spots to No. 13 after a loss at unranked Oklahoma State.

No. 18 Mississippi Stateand No. 19 Northwesternwere the week's biggest climbers, each jumping three spots from last week -- though the reappearance of No. 22 Texas A&Mand the debut of No. 24 Pittcould be argued as the biggest climbs.

There will be one more CFP rankings release before Selection Day on Dec. 2 -- the day after conference championship weekend. 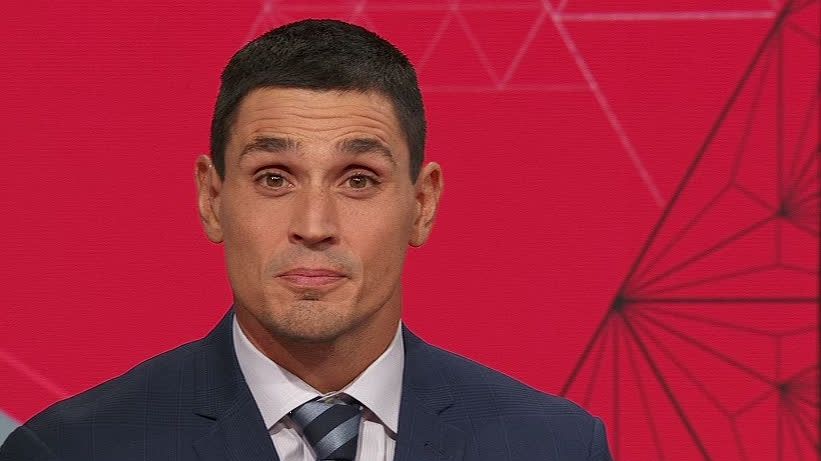 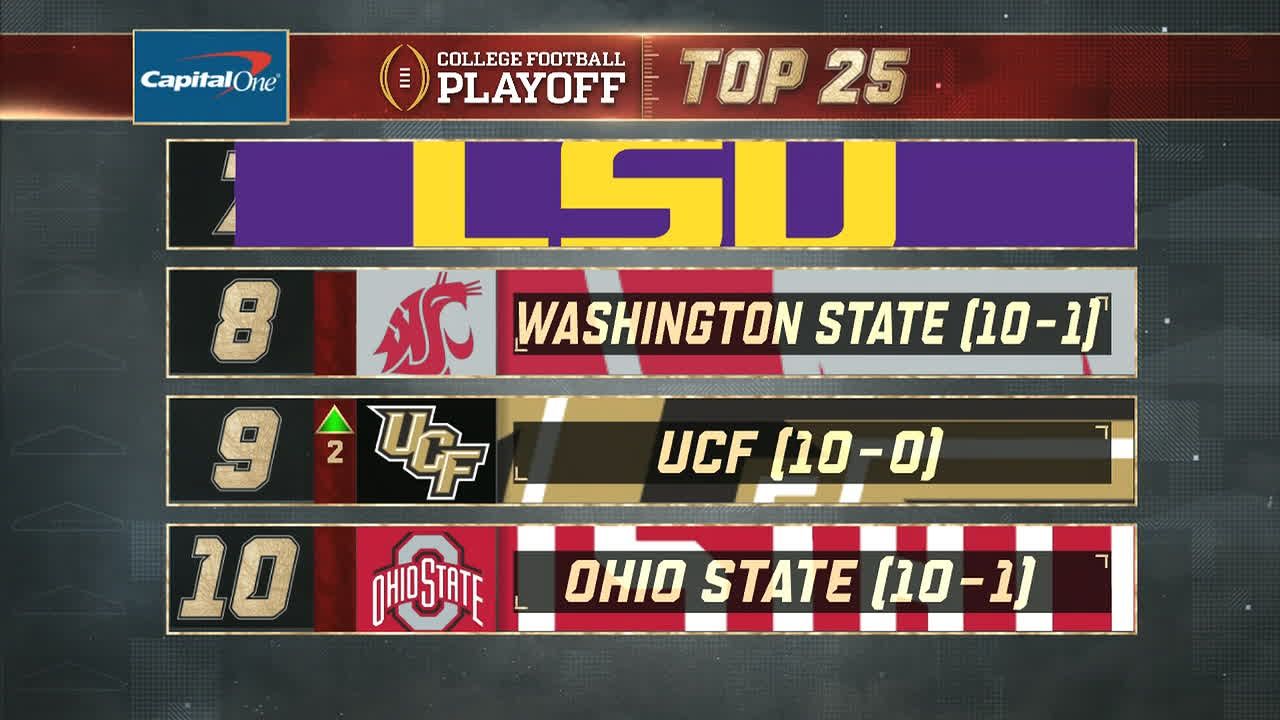