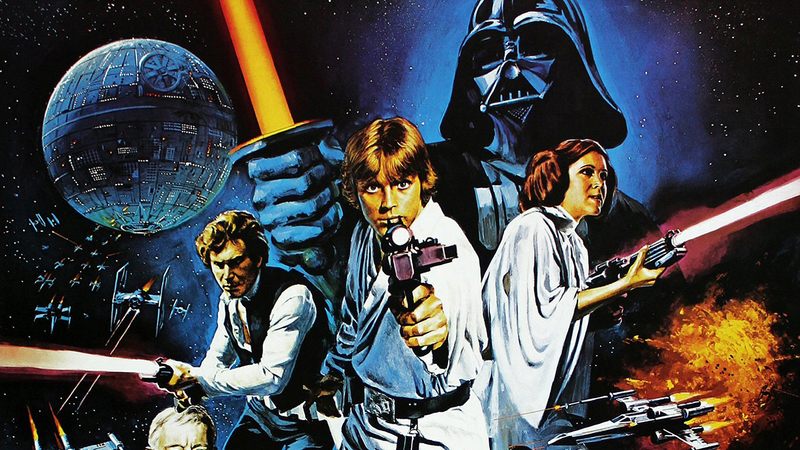 Directed by George Lucas, the sci-fi spectacle was an immediate commercial and critical success, garnering rave reviews and earning nearly $200 million at the box office in 1977.

"Star Wars taps the pulp fantasies buried in our memories, and because it's done so brilliantly, it reactivates old thrills, fears, and exhilarations we thought we'd abandoned when we read our last copy of Amazing Stories," film critic Roger Ebert wrote in his review in 1977. "Here, all mixed together, were whimsy and fantasy, simple wonderment and quietly sophisticated storytelling."

The success of Star Wars was unprecedented, spawning the the blockbuster sequels The Empire Strikes Back in 1980 and Return of the Jedi in 1983, as well as prequel films and the recent Star Wars: The Force Awakens in 2015. Star Wars' popularity wasn't limited to just the silver screen, though: George Lucas' space saga expanded into TV shows, video games, toys, books and more throughout the decades, with fans' devotion to the series never slowing down.