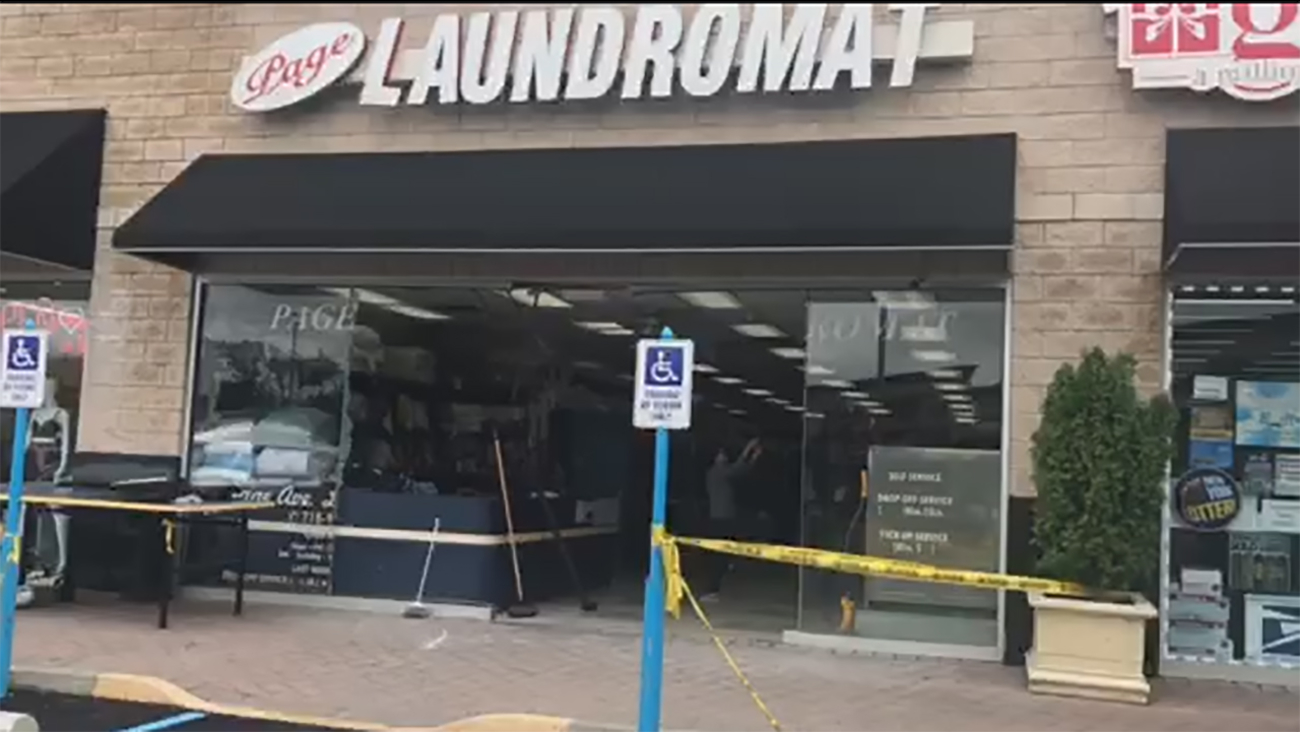 A 74-year-old man accidentally went into reverse while trying to park and slammed into the building on Page Avenue in the Tottenville section at about 8 a.m., authorities say.

Surveillance video shows the car backing up and crashing through into the laundromat.
EMBED More News Videos

Surveillance video of the accident

No criminality is suspected in the accident.