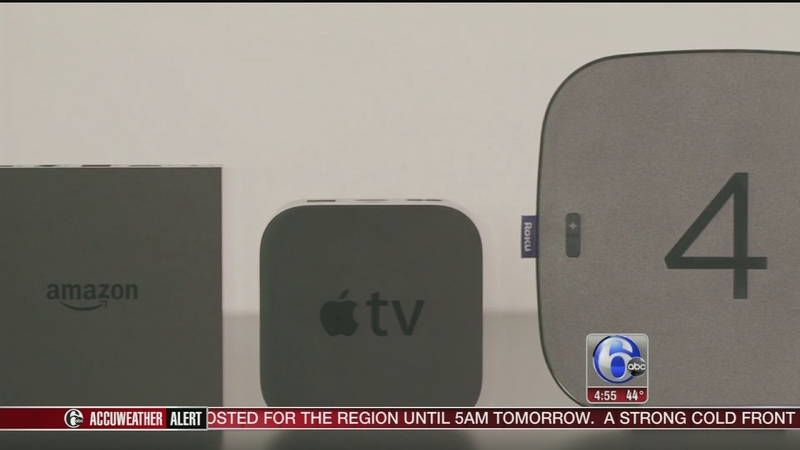 The biggest names in streaming media have been showing off a new generation of players.

To find which streaming media player is best for your house, Consumer Reports has just finished testing several of the most popular options.

The new version of Apple TV makes it easier to control the box and search for content.

You can search easily for an actor, movie, or TV show. The remote has a touchpad, plus an accelerometer and gyroscope for gaming. The new box starts at $149 dollars.

"Apple TV is a good choice for those who already live in Apple's world, who have content stored in iTunes, for example. And it's really easy to set up if you have an iOS device. But it is missing some streaming services, such as Amazon," said Jim Wilcox from Consumer Reports.

Another option is the new $100 dollar Amazon Fire TV.

Consumer Reports says it's great for Prime members since the interface is built around Prime content. The new box also supports 4K video and now has voice control.

"Amazon's Fire TV is one of the fastest boxes that we've tested. That means that videos and apps will load in no time at all," said Wilcox.

"With this new model, Roku took everything we liked about the Roku 3 and added 4K capability. Plus, like other Roku models, it has the most streaming services of any of the devices we've tested," said Wilcox.

If you're looking for a less expensive option, Consumer Reports recommends the completely redesigned Google Chromecast for $35 dollars.

"It caught up to other players thanks to a WiFi upgrade, which could mean less interference and better streaming. But it's not quite a robust all-around player as some of the other models that we've tested," said Wilcox.

However, Chromecast has no operating system, so you have to use your phone, tablet, or laptop to control it.

Another option is the Amazon Fire stick. For $40 dollars, you get many of the features of the Fire TV but without the speed.