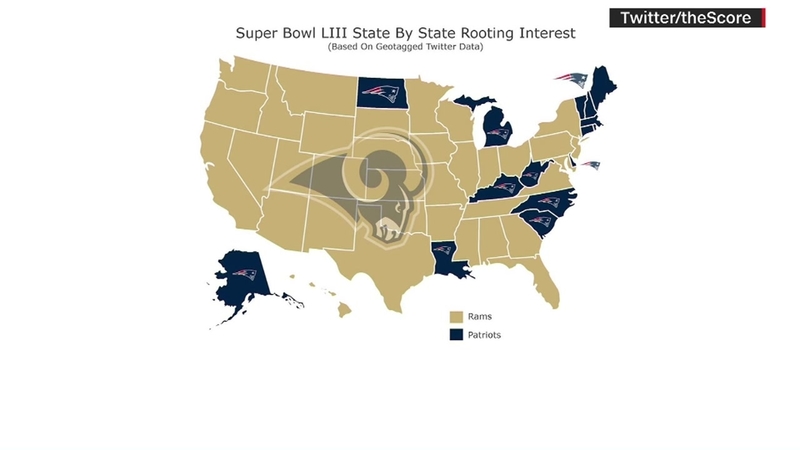 The Super Bowl matchup is set as the Los Angeles Rams will go head-to-head against the New England Patriots.

At 41, Tom Brady will become the oldest quarterback to ever start in the Super Bowl.

Call it Brady fatigue, but most Americans don't want to see him win a sixth ring.

According to The Score, most Americans wan the Rams to win.

There are a few exceptions. Predictably, most of New England supports the Patriots. After the controversial call in the NFC championship, it looks like Louisiana won't support the Rams either.

How do you deal with disappointment? Saints head coach Sean Payton has a very relatable grieving process.

There are a few surprising states that support the Super Bowl veterans like Alaska and Michigan.