'Somebody knows and they're not saying:' North Carolina family continues desperate search for mother of 4 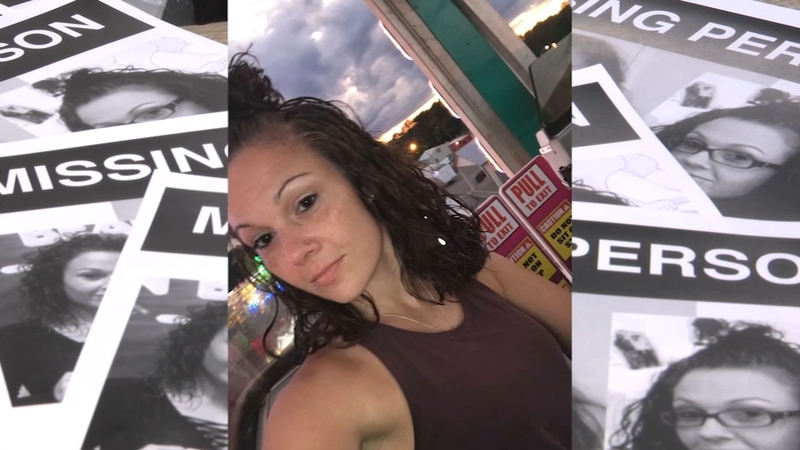 HOPE MILLS, N.C. (WPVI) -- A Hope Mills family is searching for answers as their daughter remains missing for more than five weeks.

Thirty-nine-year-old Tabitha Goins was reported missing on Nov. 24, her parents last speaking to her on the 23rd through text messages.

Frank Eason, Goin's father, says it's been a tough month.

"She missed Thanksgiving, Christmas, and I reckon she'll miss New Year's if we don't hear something soon," Eason said.

The mother of four was last seen at her boyfriend's house on the 6100 block of N.C. Highway 87 South, area deputies conducted a search warrant last Monday.

"They did find her glasses, I believe a pocket knife, and also a small wallet that she had. They found them in the woods," Eason said.

Eason adds her daughter had gotten involved with drugs and had been in trouble with the law the night she was last seen at the home.

The Cumberland County Sheriff's Office stating that there are no warrants out for Goins's arrest.

"So many things run through your head: where could she be? Where's she at? Is she hurt?" Eason said.

The family even conducting their own search around the home and surrounding woods, finding no new pieces to the puzzle.

Now, Eason and other family members plan to hand out more than 300 flyers in the community to see if any new information arises.

"I love her. Because I still believe in my heart, I believe she's alright, and I believe somebody knows and they're just not saying," Eason said.

Goins is described as being 5'03, weighing around 110 pounds. She was last seen wearing leopard print leggings and a black shirt.

It's been 37 days since Hope Mills resident Tabitha Goins was reported missing. Her father, Frank Eason continues to search for answers.

At 11, see where the CCSO is in their investigation and what the family plans to do next in their search. @ABC11_WTVD pic.twitter.com/8srlnnfJWW