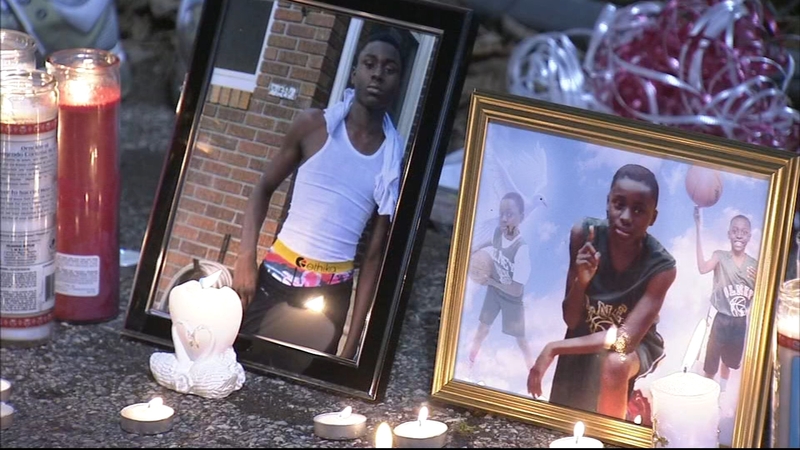 PHILADELPHIA (WPVI) -- Family and friends gathered on Sunday to remember a teenager who was gunned down this week in Philadelphia.

Mourners gathered near the very spot where 14-year-old Tahmair Timms was shot dead on December 3 in the city's Oley section.

Police said the 14-year-old boy was shot once in the chest and once in the back on the 5900 block of Mascher Street. He was rushed to an area hospital where he later died.

Philadelphia police are investigating a shooting that killed a 14-year-old boy on Thursday evening.

"I see this every day and it never really clicked until it happened to me, so I cried all night and haven't been asleep really yet," said Corey.