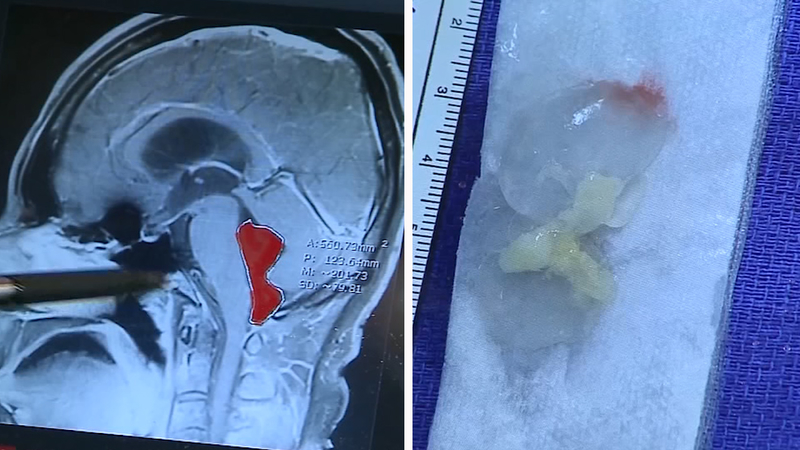 AUSTIN, Texas -- Doctors say it's a miracle after an Austin man successfully had a tapeworm removed from his brain.

KXAN reports doctors think the man contracted the parasite in Mexico more than a decade ago after eating undercooked pork.

The worm grew slowly ever since.

A scan of the man's brain shows the large worm highlighted in red.

He says he fainted last year while playing soccer and had been having headaches for months.

"It's very intense, very strong, because it made me sweat too, sweat from the pain...pain in the head and then I would vomit from the pain," he recalled.

The neurosurgeon who removed the tapeworm says situations like this are more common in certain regions of the country.

"In certain regions of the country, like Texas and California, this can be more common. So there's something, I think, definitely for every medical professional to be aware of. It is not commonly seen and can actually masquerade as different things."