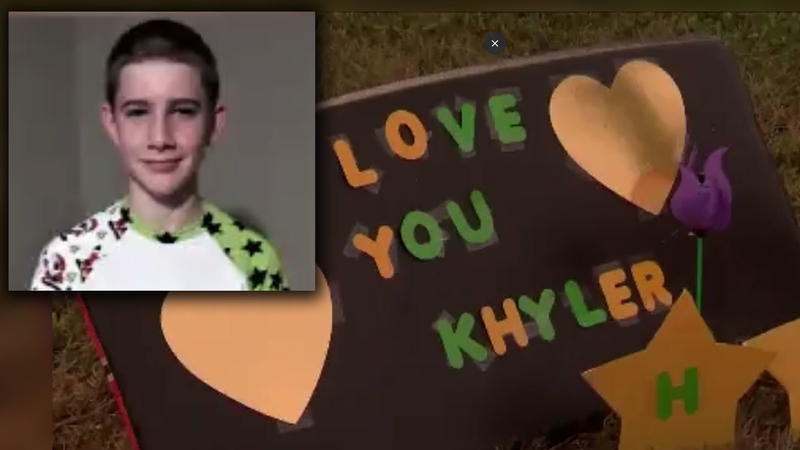 PORT CHARLOTTE, Fla. -- A teenager is being hailed a hero after he died protecting his 5-year-old sister during a home invasion in Port Charlotte, Florida.

Charlotte County Sheriff Bill Prummel said 15-year-old Khyler Edman was inside his home on Thursday afternoon when a man, identified as Ryan Cole, broke in, as WFTS reports.

"The suspect broke into his residence, a violent encounter ensued where we believe the teenager was trying to protect the home and protect their younger sibling," Prummel said.

Around the same time of the break-ins, police started receiving 911 calls about an injured man walking the streets.

After a short chase, deputies were able to take Cole into custody. He was treated at the hospital for several stab wounds on his hands and sides.

Deputies canvassing the area later found the door forced open to Khyler's home. When they went inside, they found the teen dead inside and his 5-year-old sister, unharmed.

Cole is being held on charges of burglary and theft, but additional charges are expected.

Khyler's family is asking for privacy. They posted an update on their GoFundMe page to help with burial costs.

"On September 26, Khyler lost his life being a hero protecting his five-year-old sister, when a man broke in our home in Port Charlotte. Please help my family at this time give Khyler a proper burial he deserves, he was only 15 years old and lost his life due to a senseless act of a stranger. My son had a long life ahead of him, that was taken too soon. I have
given Crystal Stone and Chad Ackermann permission to help my family at this time."