WPVI
NORTHEAST PHILADELPHIA (WPVI) -- Police have arrested two teens for the shooting of another teenager on a baseball field behind Archbishop Ryan High School in Northeast Philadelphia.

The suspects are identified as 19-year-old Joshua Sanchez from Gloucester, New Jersey, and 16-year-old Jonathan Rojas of Camden, New Jersey. Both are charged with aggravated assault and related charges.

Rojas is charged as an adult.

The shooting happened around 10:30 p.m. Saturday behind the school along the 11000 block of Academy Road.

Arriving officers found a 17-year-old male victim shot once in the leg at the baseball field.

The victim was taken to Aria Health Torresdale in stable condition.


The 17-year-old tells investigators he was with a group of friends hanging in the back of the school when the suspects walked up to him.

The victim says the two suspects approached him about buying drugs. The 17-year-old says he didn't know the two and they exchanged words.

The two teens walked away while calling someone on the phone and giving their location.

The victim says a few minutes later, a third male approached with the other two and pointed a handgun at him making threats.

A fight broke out and the three suspects attacked the 17-year-old victim.

Investigators say that's when the third male fired a gun at the victim, striking him once in the leg.

The males fled on foot from the area.

While surveying the area, bike officers stopped two males fitting the descriptions given by the victim on the 3800 block of Elmore Place. 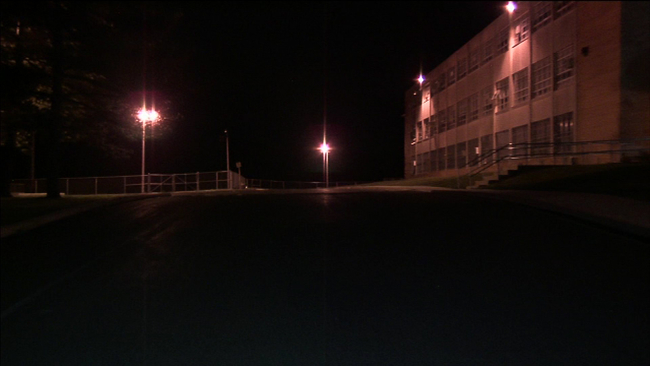