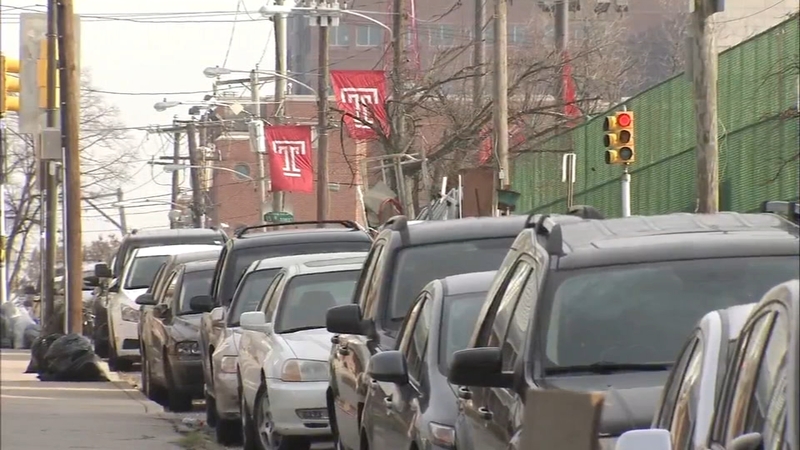 PHILADELPHIA (WPVI) -- It is a phone call no parent wants to receive, and it came around 4 a.m. Sunday to Denise and Joe Gerchak.

Their son, Tanner, was in the hospital with serious head injuries.

The Gerchaks raced the two-hour drive from their Pottsville home to Hahnemann Hospital in Center City.

"He does have a busted ear drum, a severe concussion and the bone above his ear is fractured," said Denise Gerchak.

Police said the Temple University sophomore was walking two female students home early Sunday when he was attacked from behind at 17th and Norris streets.

"It looks like our offender attempted to pick a fight with our victim," said Philadelphia Police Ofc. Sekou Kinnebrew. "During the course of that he grabbed him around his throat and threw him to the ground."

Joe Gerchak said his son is not a fighter.

Gerchak remembers nothing of the attack.

"We do have leads on a suspect so hopefully we can bring this in," said Kinnebrew.

Action News has learned the suspect is a high school senior at an Archdiocesan high school and an accomplished wrestler. No charges have been filed as of yet.

"There are lessons in life for everybody," said Denise Gerchak. "I know he is young, and you do stupid things, but you need to be held accountable for those stupid things."