Temple follows big win with another, 34-26 over Cincy 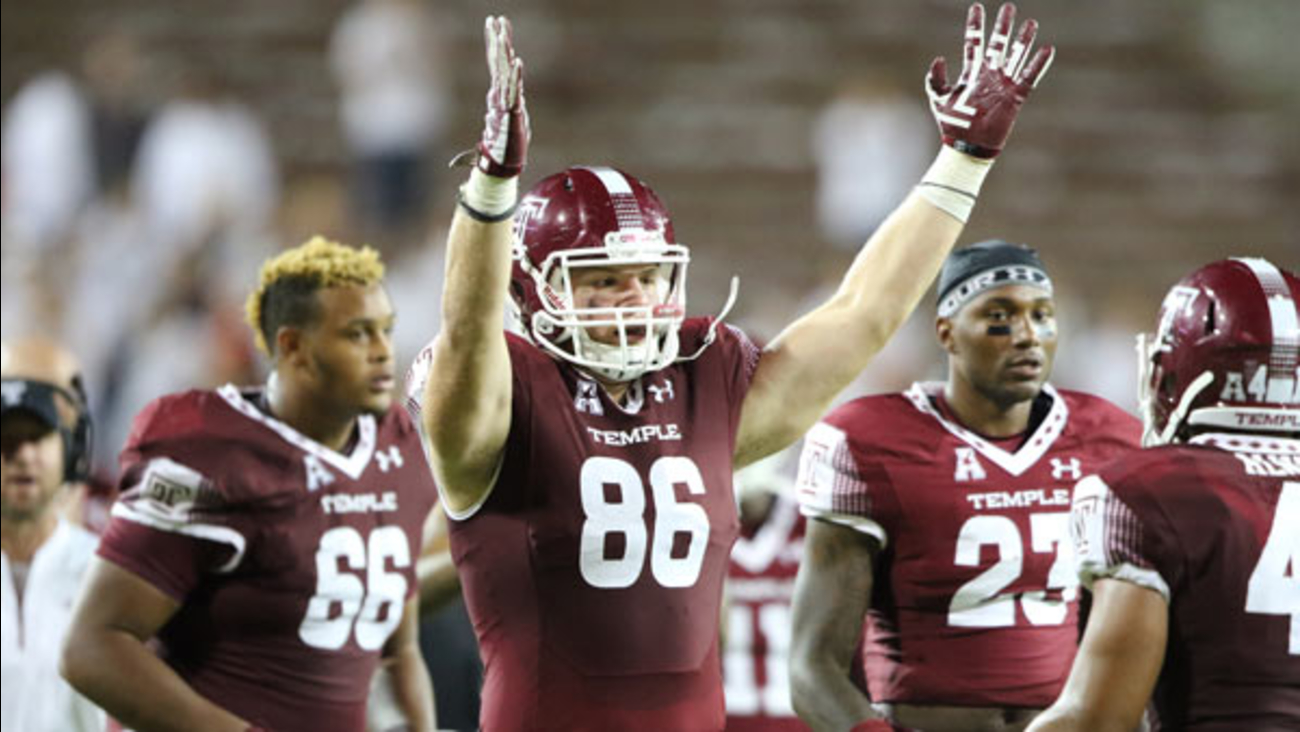 CINCINNATI -- The Owls followed their big in-state win with another one on the road, proving they're much more than a one-week wonder.

Temple used a swarming defense and another big game from Jahad Thomas to beat Cincinnati 34-26 on Saturday night in the American Athletic Conference opener, providing an impressive encore to its big upset.

The Owls (2-0, 1-0) opened the season with their first win over Penn State since 1941, then visited a neighboring state and held on for their best start since 2011. After their win over Penn State, Cincinnati coach Tommy Tuberville called them "the nation's darling team."

They get to keep the title for another week.

"Our mindset and mentality is: What's next?" Thomas said. "What's next when we have adversity?"

Thomas returned the second-half kickoff 100 yards, and then ran 56 yards for a touchdown on Temple's next possession to put the Owls in control. Thomas ran for 135 yards in Temple's long-awaited 27-10 win over Penn State and had 197 against Cincinnati.

The combination of Thomas and a stifling defense worked again.

"Once we got going, we had a lot of momentum," coach Matt Rhule said. "We just have to learn to close out games. Jahad's carried the team the last few games."

Cincinnati (1-1, 0-1) unraveled against a defense that had a league-record 10 sacks against Penn State. The Owls prevented the Bearcats from getting into the end zone in the first half, and then picked off Gunner Kiel four times in the second half.

"They do a good job of playing zone," Tuberville said. "They bait you into throwing some. They do some stuff that a lot of teams don't do. They give everybody problems, not just us."

With the Bearcats threatening to tie it, linebacker Tyler Matakevich made a diving interception of Kiel's tipped pass in the end zone to finish it off with 13 seconds to go.

Kiel was 30 of 52 for 427 yards, including an 88-yard touchdown that was the longest pass of his career. Last year, he had his worst game against Temple, a 14-6 win set up by a recovered fumble.

Cincinnati piled up 557 yards but was undone by the four interceptions, a fumble and poor play by special teams.

"You just can't give up that many opportunities," Tuberville said. "The turnovers just take the life out of you."

The Bearcats were the overwhelming favorite to win the conference with their dangerous offense intact, but they were wary of the Owls after their close game last season.

They moved the ball patiently during the first half, but wasted chances to take control. They had a 139-34 edge in yards by the second quarter, but it was tied 3-all because of a fumble and a missed field goal.

P.J. Walker's 1-yard touchdown pass to Michael Felton made it 10-6 at halftime. Thomas' kickoff return opened the second half and gave the Owls momentum. Walker finished 13 of 20 for 81 yards with two touchdowns.

A tipped interception set up Walker's 13-yard touchdown pass that made it 31-12 in the third quarter.

Temple's Brodrick Yancy was injured while blocking on a kickoff return and was taken off the field on a backboard as a precaution. He had full movement in his arms and legs.