Texas inmate being transferred gets atop moving patrol car 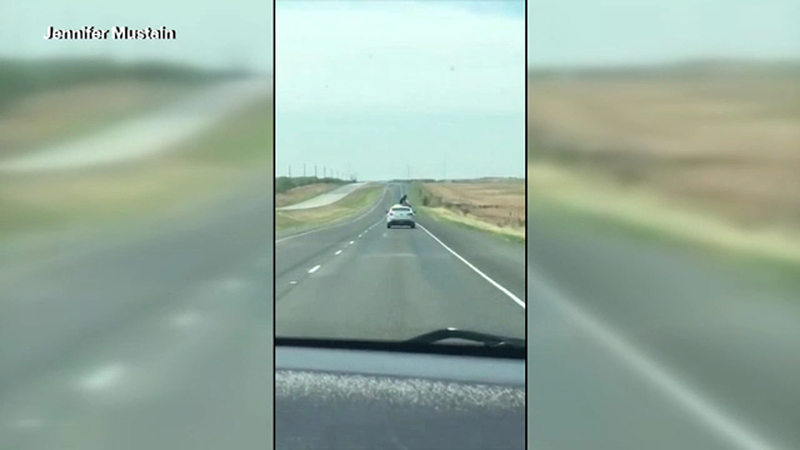 ABILENE, Texas -- A Texas inmate took a wild ride after breaking the window of a patrol car and climbing onto its roof as it sped down a highway.

Video of the Wednesday incident was recorded by people driving behind the patrol car that was transporting 31-year-old Martin Gregory Estrada.

Taylor County sheriff's officials say at some point during the drive, Estrada slipped out of his handcuffs, shattered the passenger-side window and climbed atop the patrol car.

The deputy who was driving summoned help and didn't stop until other officers arrived.

The office says Estrada was being taken to Abilene from a hospital facility in Wichita Falls where he'd allegedly assaulted someone. The trip is roughly 150 miles (241 kilometers).

County jail records show Estrada was being held Thursday on various charges, including escape and unauthorized use of a motor vehicle. Bond was set at $680,000.