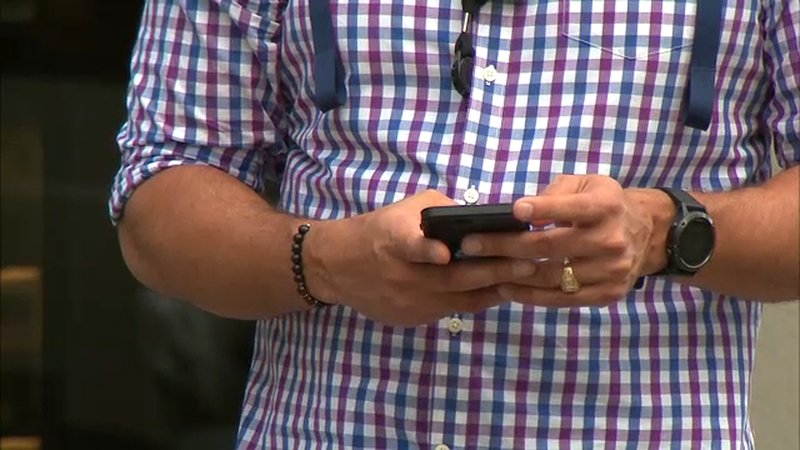 NEW YORK -- Texting while walking isn't only dangerous, but it could soon be a crime in New York.

A new bill introduced by the State Senate would make it illegal for people to cross streets in the state with their eyes glued to their smartphone.

These days it's very common to see eyes on cell phone screens no matter where you are.

"I could use it all day long," one pedestrian said.

But what if using your electronic device means you could be fined when crossing the road?

"It makes sense, but I feel it's too much, they're kind of being too controlling," smartphone user Jayla Thomas said

"People should, if they are going to get killed crossing the street not paying attention, that's their fault, I don't see why you need to legislate common sense," Lyles Press said.

While there's no clear evidence that personal electronic devices used on the streets cause traffic accidents, state lawmakers are considering the use of messaging or playing games just on the streets, where the fines could range from $50 to $150 depending on the number of offenses.

"This is a bill that says don't text while crossing the street, wait the 10 seconds, to get to the other side," Queens Senator John Liu said.

Similar laws have passed in smaller cities in Hawaii and California, but this is New York, with millions of people. So the question is, if it gets the green light, how will it be enforced?

"It's a statewide law, depending on the municipality, it could be the police, it could be other law enforcement officers," Liu said.

Some say it's not going to work, however drivers want the law passed.