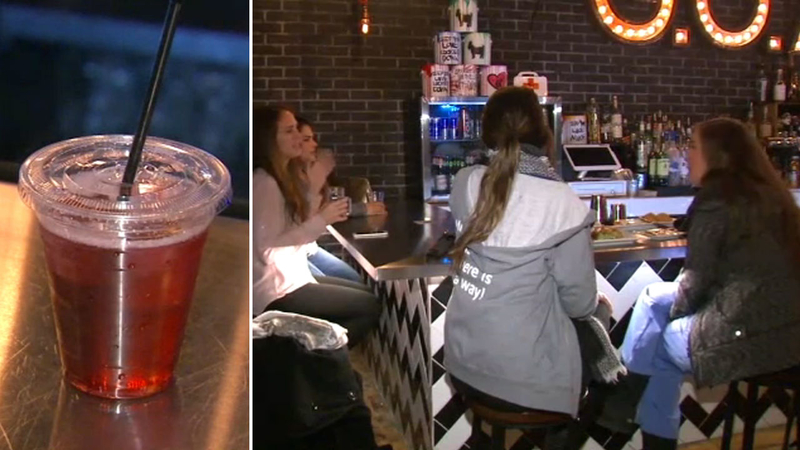 DONGAN HILLS, Staten Island (WPVI) -- Safety is now on the menu at a bar on Staten Island after multiple women came forward to say their drinks had been spiked.

WABC-TV reports, the move comes in response to backlash on social media after several women claim their drinks were spiked with drugs while they were at The G.O.A.T. bar.

The owner of the bar says it all started with a tweet that was posted Sunday night.

"Monday morning by the time I woke up, I had a hundred text messages, the tweet kinda went viral and we immediately contacted police and staff and we had launched an internal investigation," Chris Shaleesh said.

Within hours, he says there were several women claiming their drinks were drugged while at his bar.

"My heart just dropped, our eyes have been almost bleeding looking at these cameras," manager Breanna Grammer said Thursday.

There are 16 cameras inside the bar -- every square inch is covered, inside and out.

But management say that's not enough. So they're hiring several undercover security guards who will be hanging out, having a good time, looking like everyone else, but will be keeping an eye on suspicious activity.

"It is such a dark environment and so many people are so crammed into each other and they're spilling drinks, they're handing drinks, they're dancing with their drinks behind them," Grammer said. "It's almost impossible to see everything going on around you."

Because all those cameras and security guards may not be enough, the bar is also introducing a rather novel and simple solution: putting lids on every drink they serve.

The management of The G.O.A.T. want predators to know they can't prey on victims in their establishment -- and they hope lids on drinks will catch on at other bars too.