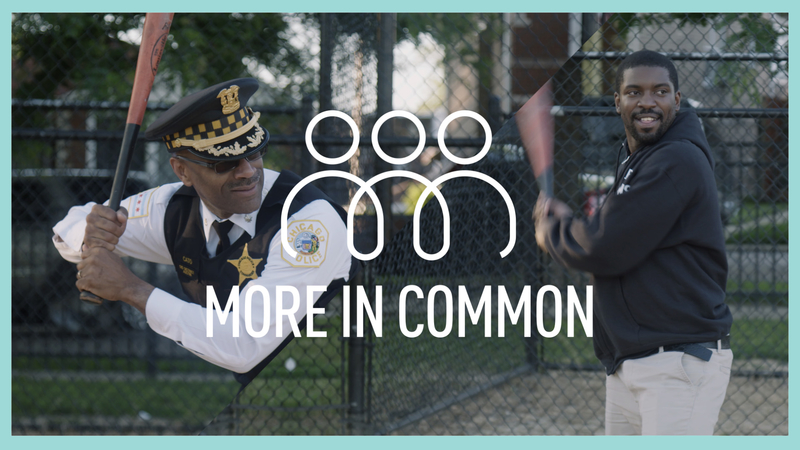 CHICAGO -- In one of Chicago's most violent neighborhoods, ex-gang members and police officers now play friendly games of softball together in the Peace League by BUILD Chicago.

"Since the softball league came to our community, it's like, brought us together as a brotherhood. We started winning games, then we started winning championships," says one of the participants in the Peace League. Just blocks from where former gang members and police officers play softball is one of Chicago's most dangerous neighborhoods.

"Now, since the Peace League had came around, it's OK to come to another neighborhood without worrying about anything happening to you. No matter what gang you come from or what hood you come from, we all are here as family," said another participant.

BUILD has been changing young lives since 1969 and the Peace League's goal is to bring peace to communities across Chicago.