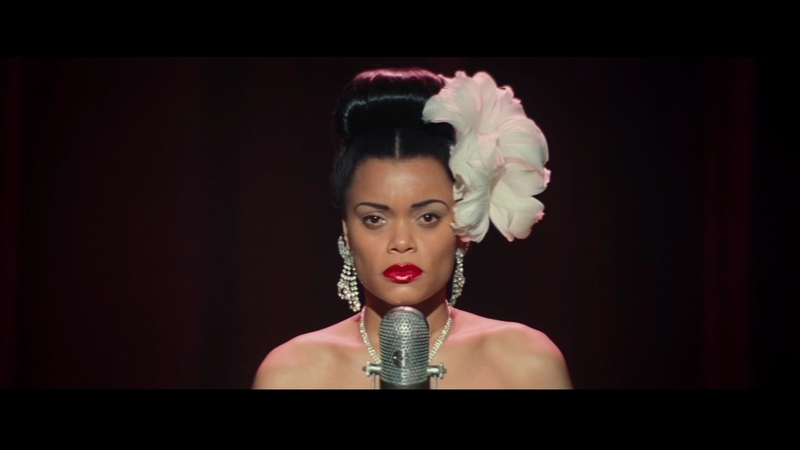 Stars of 'The United States vs. Billie Holiday' share local ties to Philadelphia

PHILADELPHIA (WPVI) -- Chances are you may know the name Billie Holiday, but chances are you haven't seen her story told like this.

Streaming on Hulu, "The United States vs. Billie Holiday" paints a poignant, painful look at the jazz singer's life and her fight to sing a song deemed controversial.

Action News spoke with the stars of the film, which has many connections to Philadelphia, Holiday's birthplace.

She played here, and in one instance, she was arrested and tried here.

The film isn't just about the glamourous and groundbreaking Billie Holiday. It's a raw, real look at her fight for racial justice and her fight with the feds.

"What makes her so beautiful is not that you're just getting a picture of a hero or a civil rights leader or a drug addict," says Andra Day, who portrays Billie Holiday. "You're getting a human. You're getting a Black woman, a Black queer woman in the 30s, 40s, and 50s, in complicated circumstances, trying to live and trying to do what's right and trying to survive."

Holiday's song 'Strange Fruit' protested the lynching of Black Americans in the South.

It struck a chord with the government.

"They did everything to silence that," said Garrett Hedlund, who plays Harry Anslinger, a United States government official who served as the first commissioner of the U.S. Treasury Department's Federal Bureau of Narcotics. "It's going to be a history lesson of what Billie had to endure to give her legacy of voice in this generation."

"The United States vs. Bille Holiday" paints a poignant, painful look at the jazz singer's life and her fight to sing a song deemed controversial.

Day says this film portrays Holiday's story in a way never seen before.

"We haven't heard it before because we weren't supposed to hear it," Day said.

"What's so great about what Andra did was that she just honored my aunts," said Daniels. "She honored all the Black women in Philadelphia."

Daniels is from Philadelphia, the little-known birthplace of Billie Holiday.

"She gave life to not only Billie but to a whole plethora of black women that never get a chance to speak," Daniels added.

"What's so amazing is that we're finally really getting to see what she actually went through," said Evan Ross, who plays agent Sam Williams.

Tyler James Williams, who plays Lester " Prez" Young, said, "Just because somebody wants to silence you doesn't mean that there's a requirement for you to be silent."

"That's definitely where her toughness comes from," she said.

The film is also the acting debut of West Philadelphia's Taryn Brown. The 11-year-old is making her debut as the young Billie Holiday.

"It was my first time," Brown said. "I never did it before. It was exciting, but I was kind of nervous."

"Philly is no joke," Randolph said. "I think any kind of urban setting, if you come from that, you understand the struggle and the hustle. That's ingrained in you as a child."