The thief stole donated clothes and money that was meant for a weekly food allowance to feed students.
WPVI
By Christie Ileto 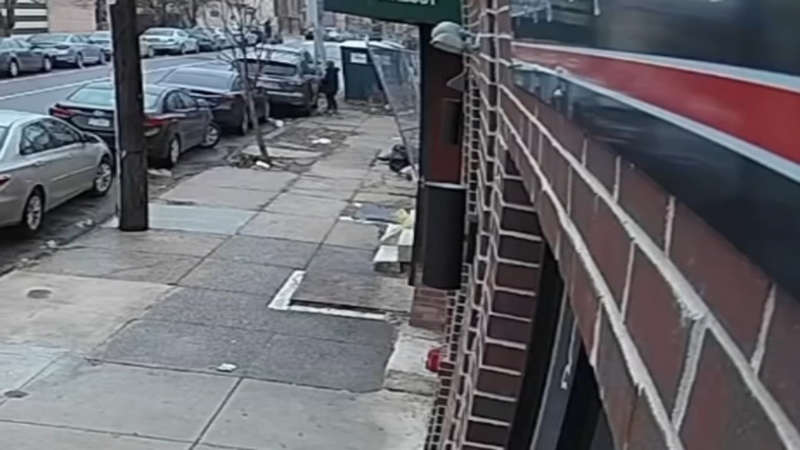 UNIVERSITY CITY (WPVI) -- Angela Richardson is the Executive Director for Dimplez 4 Dayz, a nonprofit in University City that aims to be a safe haven for kids looking to escape the city's violence.

But recently, she found herself the target of the very type of child she's trying to help when donated items and money meant for the nonprofit were stolen from her car.

The brazen theft caught on the resource center's surveillance cameras.

"We were leaving out to go pick up some of the youth to go bring them to the center and I noticed my car was ransacked," said Richardson. "So I'm looking around and we're like what is happening?"

Surveillance video showed a young man walking down the block, checking car doors. Richardson says she had accidentally left her vehicle unlocked while unloading goods into the Dimplez Dreams Resource Center on the 3500 block of Haverford Avenue.

NEW at 4: Program director at @Dimplez4dayzinc says she was targeted by the very neighborhood kids they’re trying to help. Cameras catch a teen going through her car before making off w/ items and an undisclosed amount of money meant to feed kids in the program. @6abc pic.twitter.com/ksGHxb3pXY

The center opened in late 2021, thanks to her daughter, 19-year-old Akayla Brown. Richardson helps her daughter run it.

The video then shows the teen going rummaging through the backseat and eventually making off with donated clothes and an undisclosed amount of money that was part of their weekly food allowance to feed students.

"If he would have come in, everyone in the community knows we'll open our door to anybody. We'll provide you with anything. If he had said, 'I need this,' I would have left and taken him to get food or clothing - any items he needed. But instead, he decided that taking was going to be the best plan for him," said Richardson.

She says she filed a report with authorities, but that she'd rather help that teen get access to resources than see him get a record.