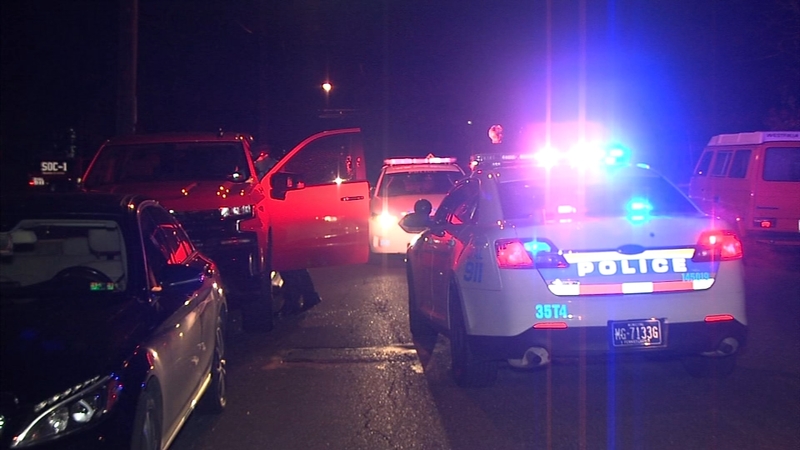 It happened around 2:30 a.m. Saturday on the 1000 block of West Chelten Avenue in the East Oak Lane section of the city.

The 18th District officer had just finished his shift and was parking his truck near his home when a 17-year-old boy tapped on the driver side window with a gun, according to police. A second 17-year-old boy, who did not have a gun, approached the passenger side window and told the officer to get out or he was going to get killed.

That's when the officer pulled out his personal gun and fired.

The officer, who was not in uniform, fired several times, police said. Neither teen was hit, but a bullet went through a van parked across the street.

Both suspects ran off and the officer called for assistance.

A police lieutenant caught up with the two 17-year-old suspects at North 7th and West 64th streets.

Authorities said one of the teens was able to flee, but an arriving police sergeant gave chase. After a foot chase, both teens were taken into custody.