WPVI
By Matteo Iadonisi
CHESTER, Pa. (WPVI) -- "It's such a cool thing growing up in a city that has such a wonderful art culture," said North Philadelphia native Alloyius McIlwaine.

Philadelphia is known worldwide as the city of murals, boasting thousands of public works of art. Many of these are pioneered by Mural Arts Philadelphia. Additionally, McIlwaine has contributed more than 140 of these masterpieces himself.

"People can just be walking or driving down the street and just get hit in the face with color and then positivity and, like, imagery," he said.

He is off to a running start. Within just three weeks of the new year, he is putting the finishing touches on his third mural. All three are plastered on a blue building near the campuses of Widener University and Crozer-Chester Medical Center in Chester, PA.

McIlwaine was commissioned to illustrate a vibrant and unified message to catch the eyes of passersby. The words, "Unity," "Respect," and "Equality," will come to adorn the street-facing wall.

"Sometimes those visual cues, you know tell you everything that you know deep inside that you have to do," said McIlwaine.

The 38-year-old painter also incorporates imagery of strong women in his various pieces. He credits his grandmother, mother, and sister for being positive role models throughout his life to this day.

"I just want to do whatever I can to just show images of intelligent, empowering women in my pieces and in my work because that's what I grew up around," he said.

McIlwaine wants to share his story to encourage the youth to pursue their hobbies as potential careers into adulthood.

"When I was growing up, it didn't seem like there was many opportunities, but there's been a paradigm shift," he said. "So, it's my day job and it's also my hobby."

In the future, McIlwaine wants to resume a globetrotting effort to splash color in foreign countries such as Japan, Morocco, and France. He's also hoping to cross off all 50 states in the USA with his paintbrush, having produced art in 17 already.

"I just want to spread my art everywhere and just leave my mark on this world," he said.

Fighting paint with paint, Zack Bird is cleaning up graffiti tags around the Philadelphia area. Community Journalist Matteo shows us how. 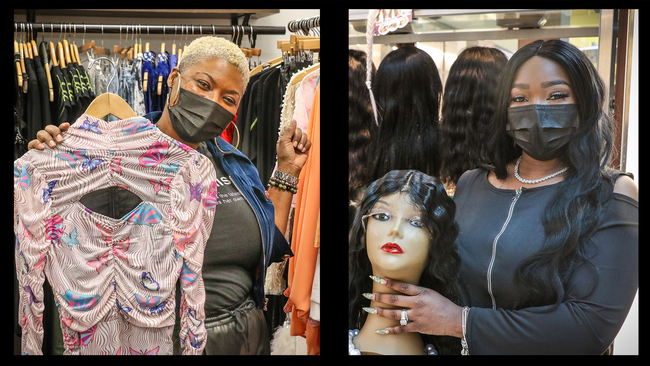