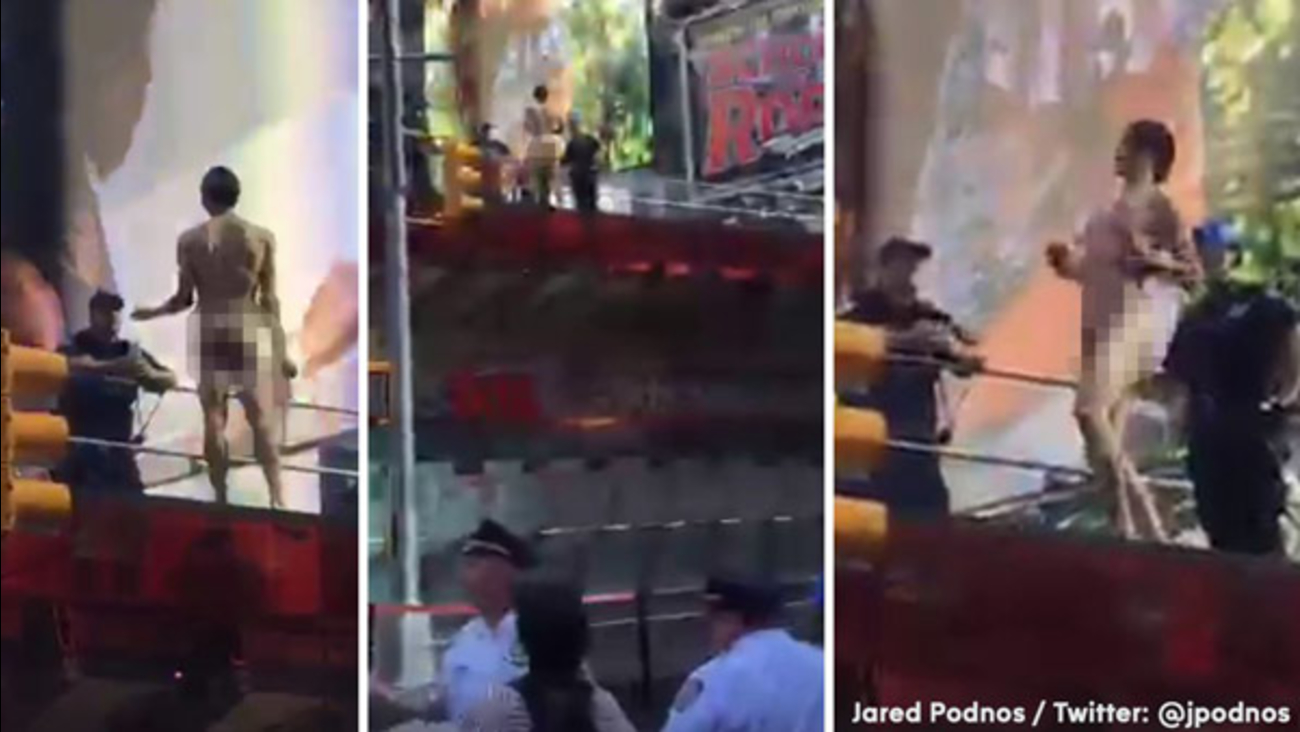 TIMES SQUARE, Manhattan -- A standoff between a naked, emotionally disturbed man and police created quite the scene in Times Square Thursday morning, and much of it was captured on social media.

The NYPD was called to the TKTS booth at 46th Street and Broadway in Manhattan just after 7:30 a.m., where the man was standing at the top of the stand.

The man was dancing and parading around at the top of the red stairs, and at one point could be heard making political statements.

He could also be seen spitting on and taunting the officers who attempted to get him down.

The NYPD tried to talk with the 21-year-old man from Manhattan, but he was combative and incoherent. The hostage negotiation team also responded to the scene.

He was eventually cornered on the roof of the TKTS booth, and as he tried to run away while spitting and swinging his arms, he fell to the street.

The police had set up an air bag to catch him, but he narrowly missed it as he fell.

Loud gasps as the Naked Guy in Times Square fell. Couldn't tell if he made the air pad. Looks like a miss. pic.twitter.com/hhk5To02Jl

He sustained minor injuries, according to police.

The was taken to Bellevue Hospital for treatment of psych evaluation and injuries sustained in the fall.