PHILADELPHIA (WPVI) -- As a Philadelphia native, sports has always been a passion for Tom Phillips.

However, after playing some football in high school, breaking his hand, and realizing he perhaps wasn't Division I material, he decided a career as a professional athlete might not be his best route, so he found a different path - broadcasting.

"I'm such a diehard sports fan, I was like I want to always stay close to sports in some capacity and this was the best way to do it," Phillips recalls.

As the public address announcer for his high school's football games, Phillips fell in love with speaking into the microphone. His quest to perfect his craft took him to Penn State Altoona and then Penn State main campus, majoring in Broadcast Journalism with an emphasis on Sports Broadcasting.

"Just instantly I would make trips from Penn State Altoona, which was probably an hour away, three times a week. I would do talk shows. I would do play-by-play for every sport under the sun. I can't even tell you some of the sports that we called. It was so much fun getting involved with that," he said.

After working with Big Ten Network's Student U branch, graduating from Penn State, and doing play-by-play for Juniata College's football team in central Pennsylvania, he stumbled upon a job opening - WWE was looking for a commentator.

"I was telling my friends, I'm applying, they were like, 'You are? You can just do that?' I was really going in there hoping I'll try my hardest, but I really wasn't sure what to expect," he said.

Phillips traveled to WWE headquarters in Stamford, Connecticut for his interview, which consisted of him proving his verbal prowess by selling an unusual item to company executives.

"They handed me some piece of equipment, I think it was some device you maybe screw on the back of a computer tower or something like that. I had no idea what it was," Phillips said with a laugh.

After his infomercial-style interview, he returned home and was set for another year of announcing college football games.

That's when Phillips reached a crossroads.

"I was frustrated. I've been working for a year and half out of school, I didn't feel like I was getting anywhere. I wasn't getting any leeway in terms of am I going to be able to make it? Is this really going to be my career?" Phillips said.

A few months later, as Phillips, a videogame enthusiast, was playing Madden with his friends in his State College apartment, he received an e-mail from WWE. They would like to offer him a deal.

"I was stunned. I couldn't believe it. I went from the moment before- is this really going to be my career, is this really something that I could do, do I need to change courses with my education, my life, do I need to move home - all these things you debate and then just like that, it changed my life," Phillips said.

When he got the offer, it brought back memories for the now 25-year-old Philadelphian of when he watched pro wrestling growing up.

"I just remember as a kid what made me fall in love with WWE and sports entertainment. Seeing Edge and Christian, Dudley Boys, Hardy Boys, and their TLC (Tables Ladders and Chairs) matches for the tag team titles," Phillips said.

"When I was a kid it was the Attitude Era and ECW, it was pretty extreme, pretty aggressive, pretty intense. I was not allowed to go to any shows. But that didn't stop me from watching it on TV and playing the video games," Phillips said.

While Phillips was never able to step inside the ECW Arena at Swanson and Ritner in South Philadelphia due to the subject matter, he remarkably is now able to call the former owner of ECW, Paul Heyman, a coworker.

"He is an incredible person. It blows my mind everything that this man is able to convey when he speaks, the emotion, and the range of intensity that he goes through. All the years of experience that he has, it's an absolute honor to call him a coworker," Phillips said.

Heyman now appears on WWE television as the manager - or advocate - for WWE World Heavyweight Champion Brock Lesnar, who is one of the major names competing in WWE's Royal Rumble event at the Wells Fargo Center Sunday night.

Lesnar will be defending his WWE championship in a Triple Threat Match against perennial main eventer John Cena and rising star Seth Rollins.

Also that night is the Royal Rumble match - an hour long battle between 30 Superstars.

Whoever wins the Rumble match meets the champion at WWE's WrestleMania extravaganza in California in March.

"There are a lot of questions as we get closer and closer to WrestleMania season, not only do we have that uncertainty and excitement surrounding the Royal Rumble over who's going to come out of that match, go on to headline WrestleMania, and challenge for the title, but who's going to come out of this triple threat? It's a really intriguing pay-per-view," Phillips exclaimed.

While WWE events are still considered pay-per-views, a term created to refer to customers having to pay extra on their cable systems to purchase the show, the Royal Rumble, WrestleMania, and other monthly offerings are now available on the company's internet based network, where Phillips plays an integral role.

Last year, the Penn State grad was actually one of the three commentators during WWE Network's first live event - NXT Arrival, a program that showcased the future Superstars and Divas of the WWE.

"I was so thrilled. That meant the world to me that the first thing that went out there was not only NXT, but I was lucky enough to have my voice attached to it alongside Byron Saxton and William Regal," Phillips said.

Phillips calls NXT his home. Stars such as Finn Balor, Hideo Itami, Kevin Owens are indeed gaining a following as they are hoping to one day make it to the next level in the WWE.

"I love NXT. They do everything they can to make an impact on the audience and get themselves to [WWE's weekly cable shows] Raw and Smackdown," Phillips said.

The same could be said for Phillips.

Over the summer, Phillips fulfilled that goal when he became the play-by-play man for Smackdown.

However, a few weeks ago, the announce teams on both Raw and Smackdown were shuffled, leaving Phillips out of the mix.

Though, unlike a few years back, there was no crossroads for him this time.

Phillips remains determined and focused to get back to that sought after broadcast position.

"The way I look at it is I am young in this company and I still have a lot to learn and it's just another opportunity for me to get better," Phillips said.

For now, the man who watched 6abc Action News as a boy, can be seen commentating matches on the WWE Network and conducting interviews on the WWE App.

In an article profiling Phillips on WWE.com, the company's lead announcer Michael Cole said, "Tom works hard, he's got a great work ethic, he's dedicated to the product and to the business, and he's doing really well."

Phillips, who was drawn instantly to broadcasting as a young man, says that passion has not faded.

"I always say to Michael Cole, once I put those headsets on when we do a show, I'm in my world. It's so much fun," Phillips said. 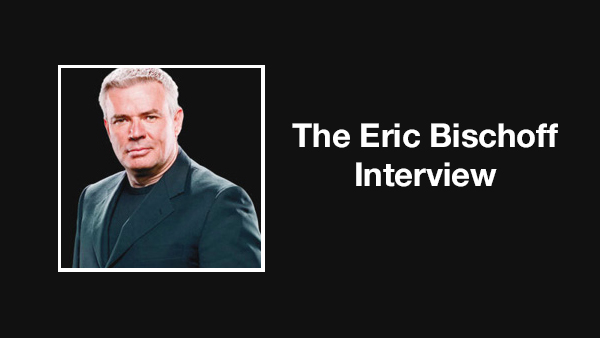 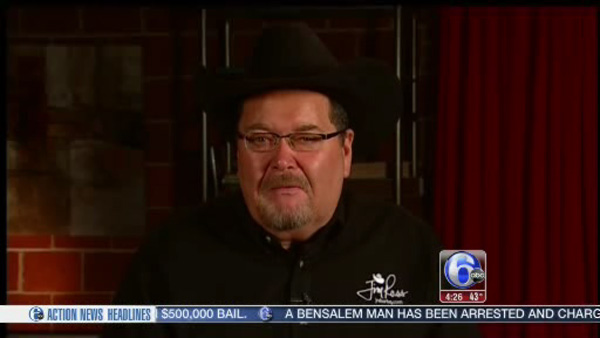